Video above: Leslie Lazenby of Imagine That introduces us to the Polaroid 35mm Instant Photography System! 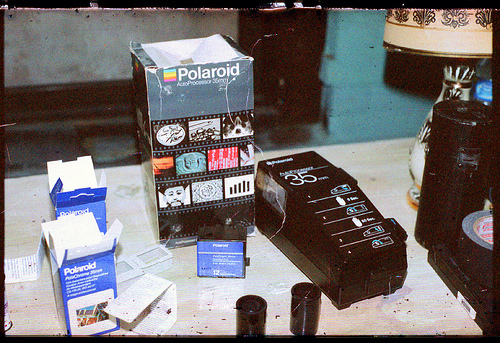 In 1983 Polaroid introduced an instant transparency system for still photography. The unexposed 35mm films came with their own processing pack. The films were processed within a dedicated, hand-powered, mechanical-cranked processing machine called an AutoProcessor, into which an exposed film and its processing pack had to be loaded. It was descended from the Polavision (Instant Home Movie) system and used the same additive colour (filter) process. More info HERE. 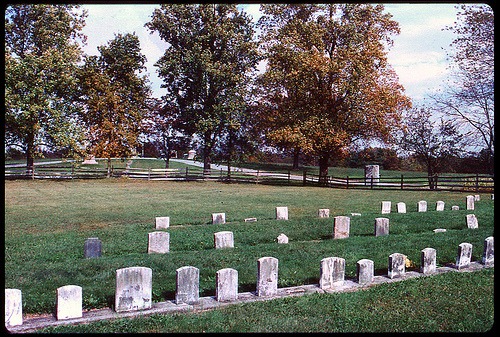 Above Image: Alms House cemetery - Actually the color rendition of the expired Polachrome Instant Slide film was pretty accurate. This film was a kind gift from flickr friend Joann Edmonds. I have a few rolls yet to shoot and savor. Polaroid's instant slide film came with a roll of film and a cube of chemistry meant to be processed in a Polaroid processor. If you lost or damaged the processing cube the film could not be processed conventionally. After processing I mount the slides in Polaroid slide mounts to protect them from handling, they are VERY prone to scratches. Film: Polaroid Polachrome, 35mm non dx ASA / ISO 40 exp. 1991 (Yes 40 but still an incredibly grainy film)
Camera: Minolta Maxxum 7, 28-85 lens / Image by: © Leslie Lazenby 9 Oct 2012 Plum Run, Gettysburg, PA