In this episode film archivist Sam Sherman discusses Nitrate film. What is it? Why is it dangerous? Owen McCafferty asks the questions and finds out!


If you’ve ever looked at the side of older negatives or motion picture film, you may have noticed the words “Safety Film” printed on the side. It seems a bit perplexing, right? Safe from what? Safe from mold? Dust? The Pod People? What does it mean? Well, the answer is a bit...explosive.

What is a film base?
For simplicity sake, film is made of two components–a base material, and a chemical coating (aka the emulsion.) The emulsion is the component that is light sensitive and provides an image which can be negative or positive, black and white, or color. The emulsion itself is not rigid enough to hold its own, so it needs to be coated on a clear material. That’s the base material.

The film in your camera today, probably has one of two different types of base material: acetate or polyester. However, these materials were not always around, and before they were used for photographic purpose, film manufacturer used a different base material called Nitrate. 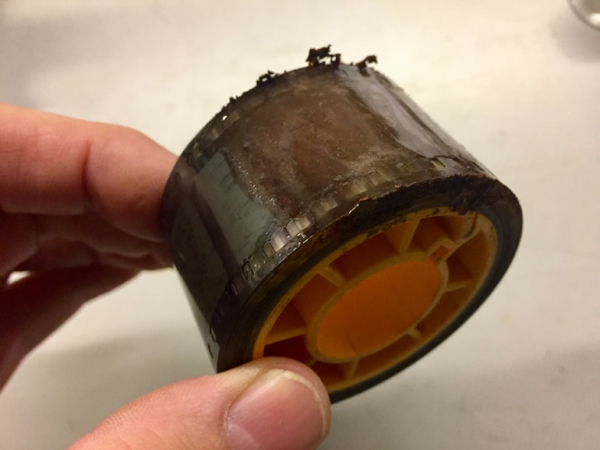 Nitrate and its dangers
Nitrate film was on the market mainly for use in motion pictures from about the late 1880’s and was made up until 1952. While nitrate film produced amazing prints that projected beautiful black and white images (hence the name ‘the silver screen’) it had one main drawback: it was extremely flammable. As it aged, it actually becomes explosive.

I had the chance recently to chat with Filmmaker/Producer/Director/Film Collector & Archivist (the list goes on) Mr. Sam Sherman about this very subject. Sam explained that as nitrate film ages, it starts to degrade and rot, causing the film to become more and more explosive as it ages. Sam, like others who have experience with nitrate film stock, makes it very clear that old nitrate motion picture films are dangerous, and need to be handled carefully and destroyed safely. 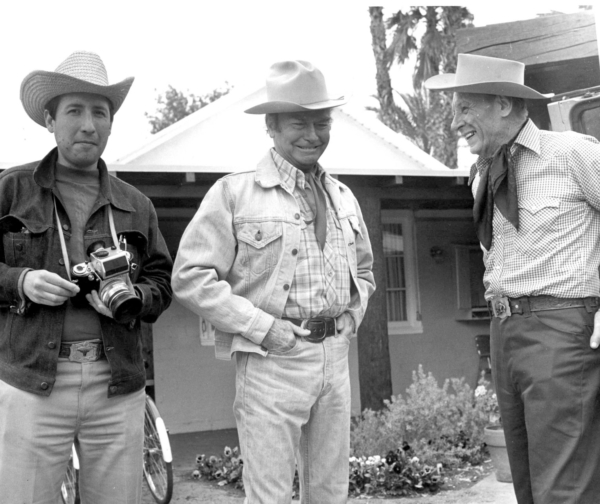 above: Samuel M. Sherman on the set of BLAZING STEWARDESSES (1974), which he produced.


Over the years, the film has been responsible for numerous fires at archives, movie theatres, offices, and the like. Which, to no one's surprise, is why the film was eventually discontinued all together in the 1950’s. In fact, acetate film base (aka Safety Film) had already been around for quite some time by then.

Sam himself has a few negatives with the words “Nitrate Film” printed right in the side of the stock. No one is quite sure exactly which still formats were produced. Sam mentioned that in the 1920’s and 1930’s, film production companies would often use large-format nitrate sheet film to take promotional photographs for movie advertisements. And, sometime in the 1940’s and 50’s, someone (or some people) was cutting down 35mm nitrate motion picture film for use in 35mm cassette. 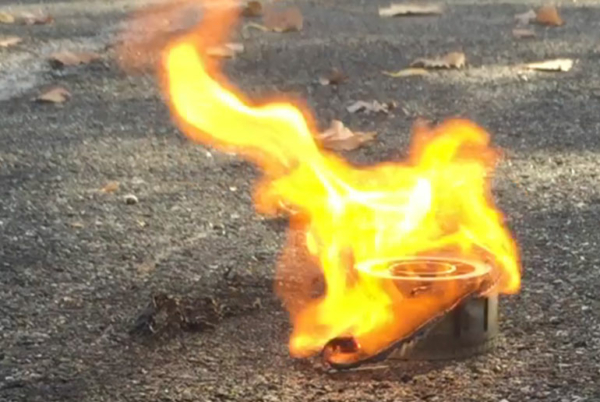 If you do happen to find any film marked ‘Nitrate’ it’s important to be cautious. Have the film professionally scanned and either send it to a specialized archive or contact your local fire department or chemical recycling facility to ask how to dispose of it safely.

Turns out that “Safety Film” text on the side of your film is pretty important after all!

Have you come across any nitrate film in your adventures? If so, we’d love to hear about your experiences, so be sure to drop us a line.
Podcast@FilmPhotographyProject.com

Just finished listening to the recent episode with Sam Sherman talking about nitrate films and wanted to share my experience with it.

About 5 years ago I started searching for old exposed films to develop in hopes of finding interesting images. It quickly turned into an obsession and I started a personal project I now call the Found Film Society. Shortly after starting the project I acquired a large amount of negatives that belonged to one man. His name was Aldo Chiappero. The negatives span from the early 1930's to well into the 90s, documenting the majority of his life. In particular, his negatives from the 1930s (35mm), were mostly shot on Dupont Nitrate film. All of these negatives had been kept in metal containers and from the looks of them, not opened for decades, until they came into my possession. The condition of the film is incredible for its age, and especially being nitrate. There is almost no sign of deterioration. I attached a few photos for reference. 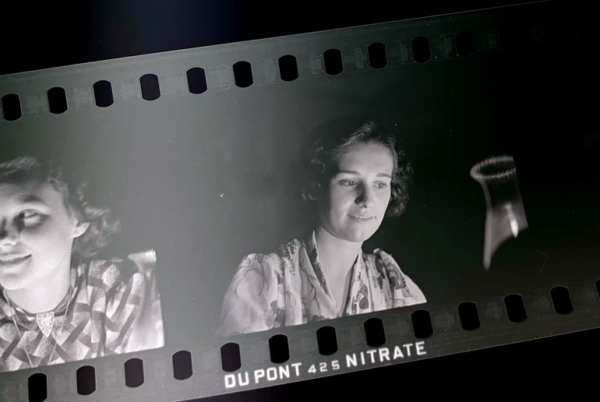 I have scanned all this film, and will probably put it in storage at some point. I've always kept the film in my home, and the danger of nitrate has always been in the back of my mind. However, since this film is in such pristine condition, I'm not too worried (unless there's a house fire). I did try an experiment in which I clipped off a piece and let it sit in the hot sun to see if it would combust, and there was no reaction. I think that if the film is in good shape, and kept in a cool place, its fine. However,  It's definitely dangerous when it's in a state of decay, and people should for sure be aware of it when they become in contact with it.

You can view some of these nitrate negative scans here: http://www.foundfilmsociety.com/aldo-35mm/

Love what you guys are doing, keep up the great work!