Hey, we’re back! Joining Michael Raso in the studio today is Leslie Lazenby, John Fedele, Mat Marrash, Mark O’Brien, and Mark Dalzell! Our topics for today’s show (what show!?) are the Yashica T4, Univex Minute-16, the Voigtlander Bessa, Cameras for Students , agitation while processing your film, listener letters and so much more! Grab your favourite iced coffee in a can (Mr Brown) and don’t touch that dial!

Miles needs a Camera
Miles, a new listener and film shooter for just over a year, asked the FPP for suggestions about which new camera system to purchase (since he has already purchased Canons, Nikons, and Olympus). Michael suggested the Canon T60 - it’s small and light-weight, features aperture priority metering (and is actually made by Cosina!). Leslie recommends the Olympus OM-2n, it’s lighter than the T60, has an amazing lineup of Zuiko glass (28, 50, 100 or 135 for the focal lengths) and a fantastic actuate meter. Mark O’Brien recommends the Nikon FM or FM2; both are lighweight and easy to use; and if he wants a little more automation he goes with the FE2. For the lens, he suggests the  Nikkor 50mm f/2, a great sleeper lens with a  design that hasn’t changed much since 1959.  He also suggests the 28-80mm, 85 f/1.8 and legendary 105mm f/2.5. Mark Dalzell also throws in a vote for Nikon, but he suggests the Nikon F3. Mat is spilt, he sees the wisdom with going with Nikon, but for cost-effectiveness he suggests Olympus. 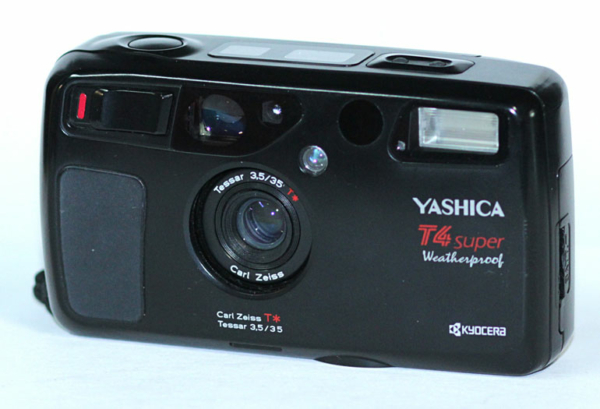 The Yashica T4 – Black Beauty
Leslie has another piece of plastic that commands a massive price point on the market these days - the Yashica T4 from Kyocera, released in the 1990s. The camera features a Carl Zeiss Tessar 35mm f/3.5 T* lens which gives you sharp images edge to edge, auto-exposure (but has some extra help with choosing a faster speed rather than a smaller aperture) and a flash that will auto-fire when your subject is backlit. The DX Code reads from 50-3200, and the shutter speeds from 1s to 1/700s. Infinity mode lets you lock the auto-focus to infinity, avoiding the AF system hunting for focus. There were several versions-  the basic T4, a Safari version with the text in green colour, and Super Version. There’s a built-in flash and it takes a CR123A battery. The version Leslie has features a standard eye-level finder and a waist level finder as well. But why do these cameras fetch 400-500 dollars on eBay? Once again, it's because of the photographer, Terry Richardson.  Terry used the camera to shoot high-end assignments for Harper’s Bazar with subjects including Lady Gaga and President Barrack Obama. What boggles Leslie’s mind is that the only camera Terry used was the T4. It's available at Midwest Camera in a special Champaign colour (which is rare, but not as pricey as the standard black-body). Leslie enjoyed testing the camera, stating it produced amazing results even in garbage weather. If you don’t want to drop 500 dollars on the T4, Leslie suggests the Olympus Stylus Epic, which is weather sealed has an f/2.8 lens and has shutter speeds from 4” to 1/1000”. 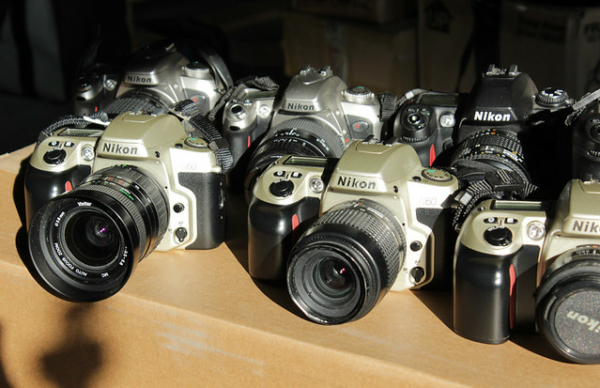 School Donation Program – Live from Ohio
Mat and Leslie had a chance to visit Pickerington North High School, one of the High Schools that received a care package from the FPP School Donation Program, and photography instructor Melinda Weber.  Mat spoke to the class about shooting film, recording some audio from his time there, and praised their darkroom, which is much like the one he used when he was in High School. Leslie was able to take a look at a test while it was graded, and was most impressed by the techniques and tips that were being taught. The donation program has helped revive the photography programs across the United States at a time when High Schools are spending more on their sports programs than arts. One such note of thanks came from  photography teacher, Jane Felber, which you can read on our FPP blog!  of LaGuardia Arts High School in New York, NY. We are always looking for more cameras, lenses, and film to donate; please check out our donation page to join in! 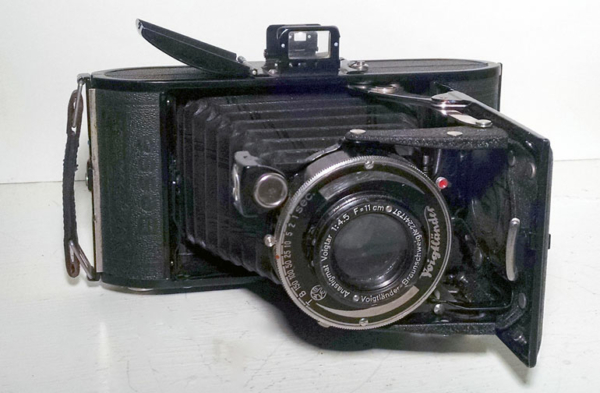 Déjà vu – Voigtlander Bessa
Now the Bessa is a camera that is no stranger to the podcast, and now Mark Dalzell has another variant on the famous German folding camera to show off on today’s show. The version he has today was produced from 1935-1937, and he discovered it in a lot of cameras that he got from his mom over the Christmas holidays. The camera uses standard 120 film or 620 film, and shoots either 6x4.5 (with a mask) or 6x9 natively. The lens and shutter are pretty limited with a 105mm focal length Voigtlander Anastigmat Voigtar 10,5cm f/7.7 lens and shutter speeds from 1/25” to 1/100” also Bulb and Timed modes, and the shutter is self-cocking which is a nice touch. And while the lens looks clear, the quality of the image has a unusual look since the lens is an Anastigmat and uncoated. Mark is on the fence about the camera, thinking it is best suited if you are aiming for a specific historical look.

In a Minute-16 - The Universal Minute 16 Sub-Mini
While thrifting, Mark O’Brien’s found an interesting sub-mini camera. This mint condition, In-box Univex Universal Minute-16 at first glance looks like a tiny movie camera, but in fact  takes still photos on 16mm film. The camera was produced from 1949 until the company went under in 1952. The lens is a simple single-element meniscus lens with three aperture selections of f/6.3, f/11, and f/16 (a late model added f/8) and a single shutter speed of 1/60”. The focus is fixed and has simple frame finder. The camera sold rather well, but they were prone to damage and often were returned for repair. The film is a standard 16mm; however, it was loaded in a proprietary cassette, which Mark does not have at the moment - if you have one, please let us know! If you think you’ve seen something like this before, you’d be right! Back in Episode 190, Mark D showed off the clone of the Minute-16, the Tynar! 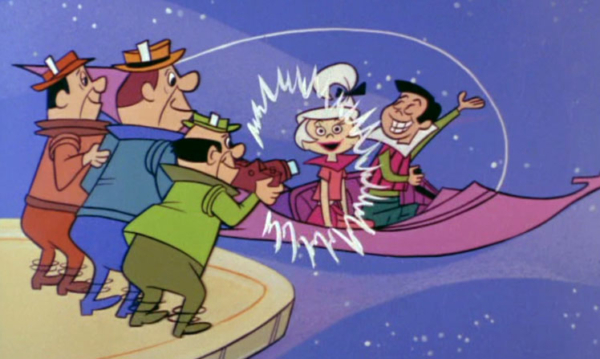 Agitation in Developing – Solar Swivel vs. Bedrock Twist
There’s been a lot of debate on the Internet about the best way to agitate your film during processing. And like the old Stop Bath Debate, there are supporters on every side of the discussion. Patterson tanks (or their knock-offs) come with what has become known as a ‘swizzle stick’ as well as a lid; however, the stainless steel tanks have no swizzle stick. So, this is where the debate comes in - do you put on the lid and invert, or, use the swizzle stick? Leslie recommends the inversion method; specifically four inversions every minute, gently, with a full inversion described as "when the lid is facing down." However, to prevent the gas from the Blix stage building up in colour processing,  Leslie uses the swizzle method (back and forth).  She will also use swizzle processing with Diafine, as it can prevent over agitation and reduce the amount of surge marks from your sprocket holes. Ultimately, you must work your process until you nail down results you like, then stick with what works!

That’s it for this episode! If you have any questions or want to write to us, you can send us an email podcast@filmphotographyproject.com or send an actual letter Film Photography Podcast PO Box 264, Fair Lawn, NJ, 07410. Join our community on Flickr, Like us on Facebook, and sign up to our newsletter (link on our main page) for the latest and greatest from the FPP!