Day 1 - Episode 206 - November 22, 2018
Mike and the Jersey gang sit around the table and introduce roll-in interviews conducted by Mark O'Brien from his trip to the Pacific Northwest. First up, Mark interviews photographer / artist Marcy Merrill and the folks at Blue Moon Camera & Machine in Portland.

A Visit With Marcy Merrill of Junk Store Cameras - Notes by Mark O'Brien
Over the years, I have made many friends in the course of  my photographic endeavors, and I count Marcy Merrill as one of my "oldest" friends.  When I started getting interested in knowing more about old cameras, her Junk Store Cameras web site came to my attention in 2001.  At the time, I was also getting interested in collecting and using Argus cameras, which she was also doing. Now, if you have seen Marcy’s web site, you would know that she lives in Tokeland, Washington.  However, she is originally from Michigan, where she visits family not far from my town of Ann Arbor.   I enjoyed her quirky sense of humor and the write-ups that she did for the cameras that she featured on her site.   She was a camera corrupter of the highest order, and I found myself looking for some of the cameras that she reviewed.   We corresponded a bit, and ended up meeting for lunch in 2008.  Since then, we have met up a few times when she is out in Michigan, and the cameras are very busy.  Our last meetup was on October 4, and we had a great day of shooting in Fenton and Holly, MI. 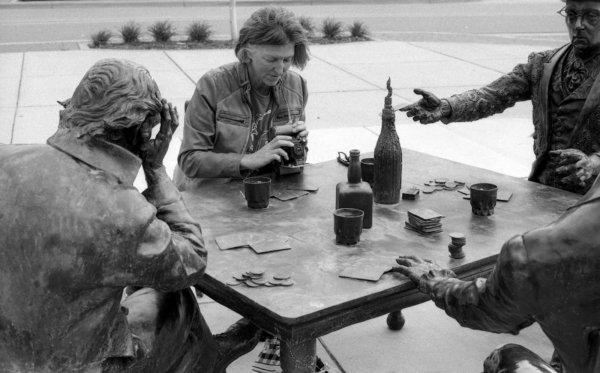 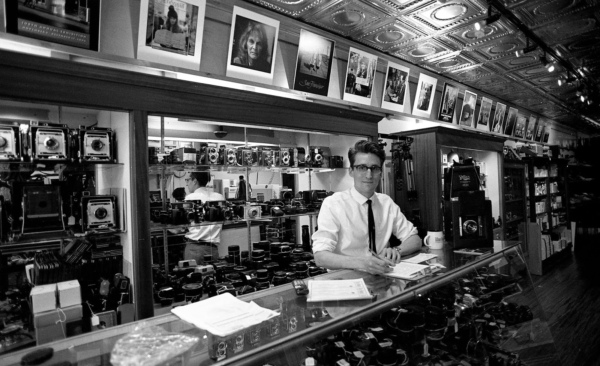 A Visit to Blue Moon Camera & Machine
You may have heard of Blue Moon Camera (BMC) as a place to send in your film for development. That is one of the services that they offer, but the store is so much more than that.  Started in 2001, which of course, is about the time that digital started making inroads into general photography, Blue Moon Camera and Machine is a place that caters to lovers of analog processes.  Yes, they sell refurbished typewriters in the store, but their main business is film-based photography. I spoke with Jake Shivery, the co-founder of BMC, and he is proud of their film-processing and production of optical prints for their customers.  The printing is so good, that professionals have chosen them to produce prints for gallery shows. Of course, BMC does black and white, C-41 color, E-6 transparency film, and now, ECN-2 development for the Kodak Vision films. The Vision films (sold by the FPP store) are beautiful color 35mm cine films that have a remjet layer that must be removed during the development process.  Few commercial labs do this for the simple reason that the carbon in the remjet will contaminate the chemistry. Blue Moon Camera is now one of the few labs that will process the Vision films in ECN-2 chemistry. Read more about Blue Moon Camera at Mark O'Brien's Random Camera Blog!

Over the years the FPP has stocked so many WEIRD and BIZARRE film stocks that we thought it was time to devote an occasional newsletter specifically for those strangely beautiful films that never quite get the attention they deserve. The first film in our Weird Film Club series is KODAK LPD4 (Available at The FPP On-Line Store)

Kodak LPD4 (35mm) is a low-speed, high contrast, orthochromatic (blue sensitive). Originally intended for direct-image duplication of printed-circuit masters, engineering drawings, and line negatives generated on photoplotters, this film has caught the imagination of film photographers everywhere for it's unique look. Never indented for pictorial use, when used in your still camera this film will produce extreme high contrast positive images. (You can read all the Kodak Specs here) 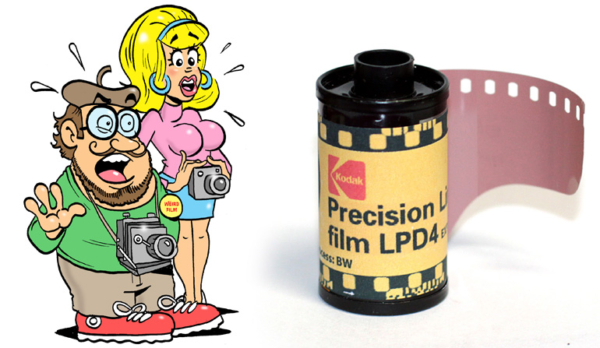 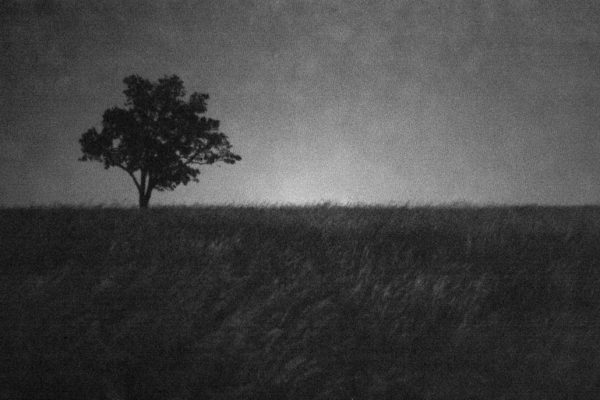 above: Image shot on Kodak LPD4 by Mark Dalzell


Photographer Doug Golupski refers to Kodak LPD4 as a "painterly film" for its unusual tones. This is not an easy film to shoot and it is recommended that you process and scan your own images. This is a weird and experimental film when using for pictorial. There are no charted development time so results are not guaranteed. 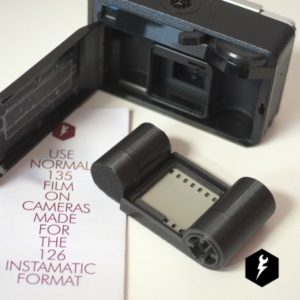 If you were a child of the late 1960’s, chances are many of your childhood memories were captured by your family on a trusty Kodak Instamatic camera equipped with 126 film. The 126 format, introduced by Kodak in 1963, became one of the most iconic and recognizable formats of this era. Cameras loaded with the black cartridge and magicubes became a staple at holiday gatherings, proms, weddings, and everything in between. This convenient, nifty film format was very popular with the average photography consumer almost immediately after it came to market, but what happened to it? And most importantly, what’s its future? Tune in to hear Owen's report.