Hey there pod people, it’s the Internet Radio show for those who love film, shoot film, or want to start getting into film photography. And what a milestone we reached, episode 200 already, not to mention it’s also our Birthday! Joining Michael Raso in the studio today is John Fedele, Mark Dalzell, Leslie Lazenby, Mat Marash, Mark O’Brien, and special guest co-host Daniel Goodale-Porter better known as NanoBurger! On the table for our two hour mega-special-200th-episode-ninth-birthday-show is Spot Metering, 500mm Mirror Lens, Archival Wash, Micro Film, the Disposal of Chemistry, and so much more! Grab your favourite FPP drink (Mr Brown!) sit back and relax!

Before we get into the meat of the show, we have a couple of updates from a few of our listeners. The Instant Kamera operates with Fuji Instax film, but they are hinting at a traditional medium format camera again. And secondly, an app that had been supported by several members of the FPP, FilmLab, is now up for sale in the App Store for iOS devices. If you haven’t been following the developer, FilmLab is a simple mobile app that provides a low-res film scanner and digital loupe for viewing your negs. Also, the Obscura Darkroom Kickstarter we spoke about last episode has already received raised close to 4,000$, be sure to check them out and toss them some support!

Spot Metering – What is it, when to use it, and where to use it!
On most cameras these days, Mat explains, there are several possible metering modes, Matrix (average), Center-Weighted, and Spot. The trouble with a matrix, Mat explains, is that the camera will average everything out to that Zone V or 18% grey. So how do you tackle tricky lighting situations? Well, that’s where Spot Metering comes into play, you can get an exact reading on an exact area that you want to take exposure from. But when do you want to use spot metering? Well first off his head is landscape. He finds that using an incident meter (like the Gossen Luna Pro F) just doesn’t cut it. The meter that Mat uses a Sekonic 1-degree spot meter, but it also includes an incident meter as well, plus a PC socket and Hotshoe. But other spot meters are available (Alex, that’s me, uses a Pentax Spotmeter V with great results). Of course, there are some troubles to using a reflective reading, and that is colour cast, which is not an issue with incident reading. If you’re looking to get your spot meter, Mat suggests the Minolta Spotmeter F, also the Pentax Spotmeter V, or you can even get a Spotmeter attachment for the Gossen Luna Pro F! 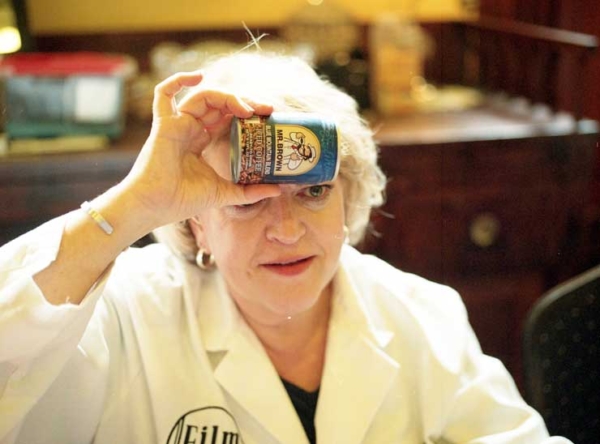 The Doctor Is In!
Doctor Leslie has a new patient, and has someone who comes from a rather dry state, and doesn’t want to have to wash their film for ten minutes. They also want their film to be archival stable. Well first off, if you’re using a rapid fixer, then ten minutes is not long enough. However, there is one thing that can reduce your wash times no matter what fixer is being used. And while some areas water can just be left to run, conservation is important. So this is a soapbox Leslie will stand on and shout from. So what to use, Archival Film Wash. Now Leslie has been using for years Pemawash, but now uses the FPP Archival Permanent Wash. And this stuff works, it cuts your wash time down to three minutes and a bottle will last forever. And not only will the bottle last, but the film will last also. And it is septic system safe, at least according to Leslie. Now, Leslie does bring up Hypoclear. Hypoclear is a Kodak product which does the same thing. Now the trouble with Hypoclear is that once you mix up from the stock solution, it’ll last a couple of days. Now if you want to get your bottle of the FPP Archival Wash, check it out in the store. No matter what you use, Leslie does recommend to include some form of archival wash in all your b&w film processing. The next question to the doctor is how to store your chemistry. Now, for the most part, there’s nothing terrible about storing your chemistry together, but Mat does suggest that you keep your dry powders separate from the liquid stuff. Also, anything that could off-gas should be stored separately. But it’s just good practice to store your chemistry is proper bottles and out of reach from children and pets. Now how about the disposal of chemistry? We do often dump a bunch of stuff down the drain during our processing. Leslie’s rule of thumb is that when dumping down the drain she follows up with some hot water and then cold water to ensure it’s been neutralised. Of course, when it comes to used up fixer, that should be collected and disposed of at your local hazardous waste disposal site. 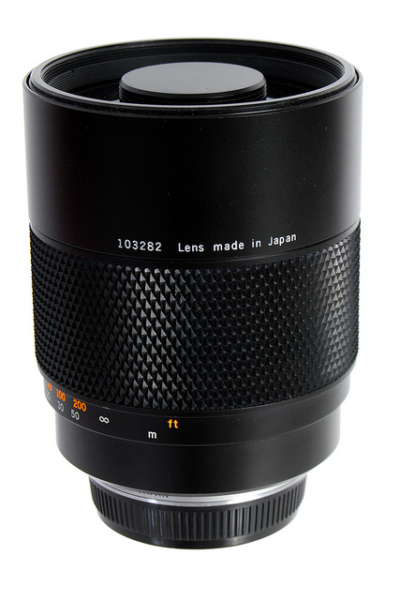 Mirror Lenses – Cata What?
Michael Raso has fond memories of browsing through the Popular Photography magazine and visiting a local camera store to admire 500mm and 600mm telephoto lenses that use mirrors to achieve the far reach without a massive lens on your camera. Getting Technical, the correct term for these lenses, Mark explains, is a catadioptric (cat) lens or a reflex lens. The optical style of these lenses are nothing new; they’re the same as a reflective telescope, a design nearly 200 years old now. These lenses were popular back in the 1970s and 1980s, but today are largely out of favour. The biggest downfall, Mark continues, is that you are limited to an f/8 at the largest aperture. So you’re often tied to a tripod, while you could, in theory, hand-hold them but watch out for camera shake. These also aren’t the sharpest lenses, and often your highlights and out of focus elements have a bit of a doughnut shape and are fairly bright. Some of the best lenses were made by Nikon and Canon. But if you go with a Spiratone lens, you’ll quickly realise why they’re so cheap. Now, most of these lenses are at the younger side thirty years old now, so you might want to watch out for degradation of the mirrors. And also, Leslie warns, of atmospheric haze interfering in your images as well. Mark’s final word is that these lenses aren’t bad, but they aren’t the greatest, and if you do go for one, get something brand name, Nikon, Canon, Minolta, even Sigma and Tamron will give you better results. 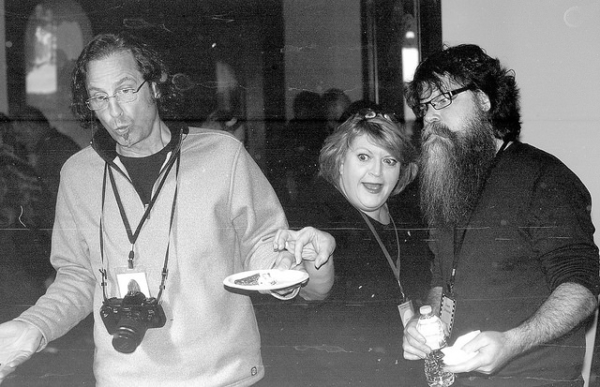 Micro Film
When it comes to Microfilms, it was Dan who turned the FPP onto this type of film. And while many folks are going digital, film, even microfilm is still being used to archive everything from newspapers to major motion picture films. So for Dan, the biggest draw for this film is that it’s cheap, especially if it’s out of date. And that should scare you, because of the slow speed it ages rather well. It’s also super sharp as it’s designed to capture detail like old periodicals and drawn diagrams. Now it is a B&W film, so there’s a good chance you can process it yourself, even in normal B&W chemistry. Of course, there are some drawbacks, first, off it’s pretty slow, for example, Kodak 2468 is rated at ASA/ISO-6, but some is all the way down to 0.8. Then there’s the contrast, with the film is pretty high, remember they were designed to capture black on white. To compensate, Dan recommends using a soft working developer. Kodak Technidol or Formulary TD-3 works great or any other Low-Contrast developer, Caffenol LC is another good choice. Compensating developers are good also such as Pyrocat-HD. If you use D-76 or Xtol, be sure to dilute them down. And if you’re running with Rodinal, stand to develop the film! The trouble, Mark adds, is that finding the developing time can be difficult as these were specialty films and often are now historical. Flickr is a good place to start if someone has including their developing details on their posts. These films also have no anti-halation layer and subject to light piping, especially when loading and unloading the camera. Now in some cases, the film, even 35mm, doesn’t have sprockets which means you are limited to what cameras you can shoot them in. And that camera is the Canon EOS 10s, the prosumer camera for the day and it doesn’t require sprockets to get everything lined up. Just watch out for the Sticky Shutter Syndrome! Most of the time you can get microfilm is most standard sizes, 16mm, 35mm, or bigger that you can slit down to 120 or other sizes. Now as for the film that is available, Michael recommends Fujifilm HR-II is one of the best microfilms out there in 16mm and 35mm (Sprocketless). And is the best one to get into as it responds well. Kodak produced several Microfilms such as Kodak 2468. And from Europe, there’s Ozophen. If you’re looking online, stick to Silver Microfilm, anything else won’t work! Now, what do you do if you get the film in a bulk roll, how do you load it up into your cartridges, especially without sprockets. Thankfully, in the case of any sprocketless film, the rolls come in daylight loading unit, that you can load into your Watson or Western bulk loader to get it into your cartridges. If you want to read more, check out Dan’s post on Instructables. You can pick up some microfilms at the FPP store, either Kodak 2468 or Svema MZ-3! 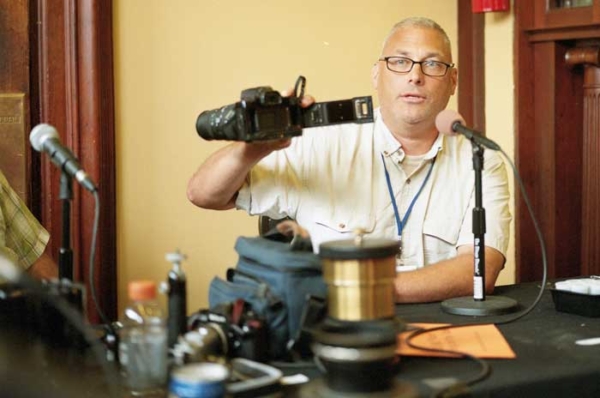 That’s it for this show, but don’t worry, we’re going to be back in a short two weeks! In the meantime, you can write to us at podcast@filmphotographyproject.com or by regular post Film Photography Podcast PO Box 264, Fair Lawn, NJ 07410. In the meantime, you can join the community on our Flickr Group, and don’t forget to like us on Facebook and Sign up for our newsletter to get all the FPP news when it breaks!