Topics on today’s show include the Maxxum 7000 and XTsi, the Tower 39, Angry Video Game Nerd, Sub-Miniature Cameras, Half-Frame Cameras, Book of the Show, and so much more!

Hey folks, it might be the dead of winter, but we’ve all warmed up around the table for the Internet Radio for people who love film! Joining Michael Raso in the studio today is Leslie Lazenby, Mark O’Brien, and Mat Marrash! Topics on today’s show (what show!) include some Minolta Madness featuring the Maxxum 7000 and XTsi, the Tower 39 camera, Angry Video Game Nerd, Sub-Miniature Cameras, Half-Frame Cameras, Book of the Show, and so much more! Keep your ears tuned, and your hot chocolate at your side! 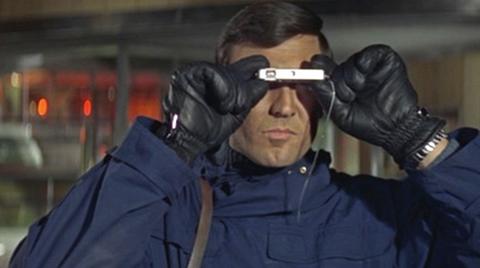 The Name’s Miniature, Sub-Miniature
You’ve seen these cameras in various James Bond films (like George Lazenby in "On Her Majesty's Secret Service" above), or any spy franchise, but the sub-mini cameras and format gives Mat some serious anger issues as you'll hear. Leslie explains how the term sub-miniature comes from the fact that 35mm is called miniature format, so anything sub-miniature is film that is smaller than 35mm. When it comes to the sub-miniature format you’re diving into a rabbit hole. 110, 16mm, 8mm, Hit, Minox, Disc, you name it, it’s out there. And it’s the same with cameras. Of course, there are some pretty terrible quality cameras out there, but then there are some amazing ones. 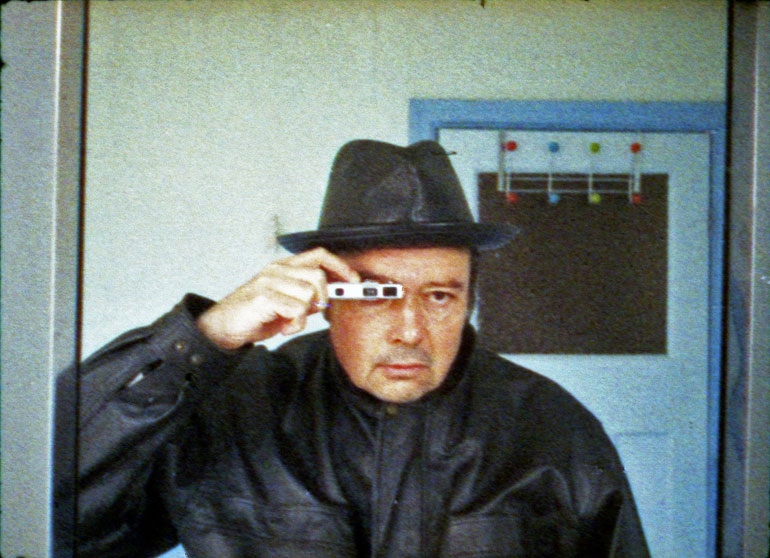 above: Our good friend Tony Kemplen shooting a self-portrait with his Minox B.

Rollei, Minolta, Pentax, Minox, Mamiya, Yashica, Canon all produced some quality sub-min cameras, some produced up until 2006! Of course, if you’re getting into the format, Leslie does have some warnings. The first is making sure you get the right film for your cameras, as not even 16mm were made to accept a universal format (like 110), and you might need to do some re-spooling yourself (did you know we have a wide selection of 16mm film the store? The FPP on-line store now stocks MINOX film too!). And when it comes to development, if you don’t want to do the work yourself, your best bet is Blue Moon Camera and Machine. Other great resources Leslie mentions are subclub.com and submin.com also check out Episode 77 for more Sub-Min goodness. 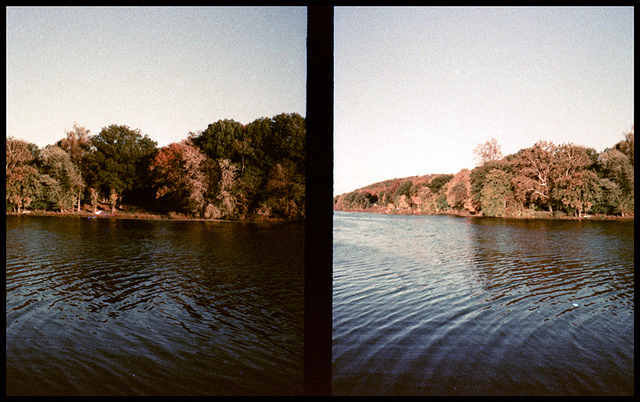 Only Half-Way There
Of course, Sub-Min isn’t the only thing that Mat isn’t too fond of, the Half-Frame format ranks right down there. Now Half-Frame cameras aren’t classified as ‘sub-min’ as they still shoot 35mm film, they just shoot a different format, 18x24mm unlike full-frame 36x24mm. And Mark has a rather cool looking half-frame with him today, the Konica EYE. This 1964 camera has a similar look and feels like the Olympus Trip 35, the 30mm f/1.9 lens is surrounded by a Selenium meter. The meter provides full auto-exposure or you can manually set the aperture. The camera has two shutter speeds, either 1/30 or 1/800. Despite being a half-frame camera, the camera has weight to it and is well built. Of course in true Russian fashion, the FED Micron is a copy of the EYE, after a fashion. The lens is a Helios-89 with the same 30mm f/1.9 specs, and it does have the same look and feel to the EYE. Of course, if you want a full-frame Micron, FED produced the Micron-2. So why shoot half-frame? Well, it’s great if you don’t like to swap out rolls of film too often, as you automatically double the number of frames per roll, 24 becomes 48 and 36 a whopping 72! Of course, if you’re like Mat, you’ll want to roll short rolls using a bulk loader. Maybe a nice 10 shot roll to give you an even 20. 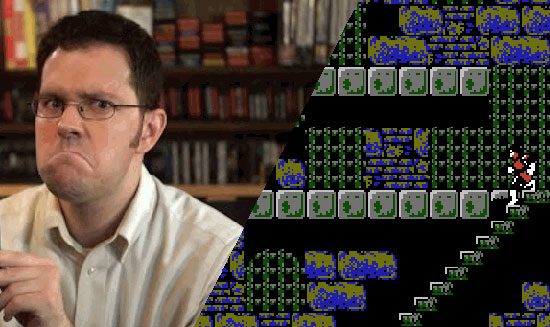 Tune in to the Angry Video Game Nerd on YouTube!

AVGN
Of course, if all this half-frame and sub-min talk have you turning red, why not check out the Angry Video Game Nerd over on the Cinemassacre channel on YouTube! You’ll find a rather humorous take on classic video games and horror cinema, in a rather angry manner. Of course, now we all want Mat to do a review of the same style of half-frame and sub-min cameras! AVGN has a website too - http://cinemassacre.com/ 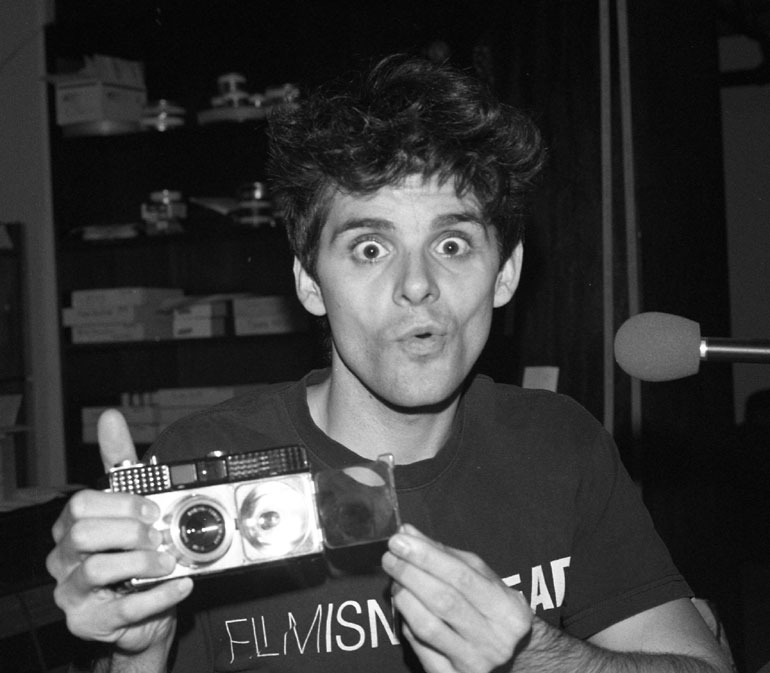 Towering Over
Leslie has a love of the strange, unique, and significant. And she has with her one such camera. The Tower 39 Automatic 35 is the Sears branded version of the Mamiya Automatic 35EEE. This is a 35mm camera produced in the 1960s and is a historic stepping stone in photographic history as it was the first camera in Japan to feature a built-in flash. Of course, the built-in flash is not an electronic one but rather takes AG-1 flashbulbs. And it is not a bad camera, The Komar 45mm f/3.8 lens is a bit odd, but produces a decent image. A selenium meter provides aperture control while the photographer sets the shutter speed, between 1/40 and 1/250. Of course, if your cell is dead, there are strange aperture or AV marks that you can set and guess at. The flash is thankfully powered by a pair of AA batteries. The focus is your typical zone-focus. The camera has its quirks but is generally fun to play around with. If you’re looking for a version with rangefinder focus and a faster f/2.8 lens, then there’s the Tower 41. Plus they’re not too expensive on the used market if you want to own a piece of history.

Book of the Show – The Quizzical Eye
What do you get when you combine the son of Imogen Cunningham, the tutelage of Dorothy Lange, and Ansel Adams, well you get Rondal Partridge. A recent addition to Mark’s extensive photographic library, the Quizzical Eye The Photography of Rondal Partridge is the perfect addition. Mark loves the impeccable photography and amazing stories of Rondal’s work. From stunning landscape to urbanscapes the book is relatively new, coming out in 2003 and you can pick it up on Amazon! 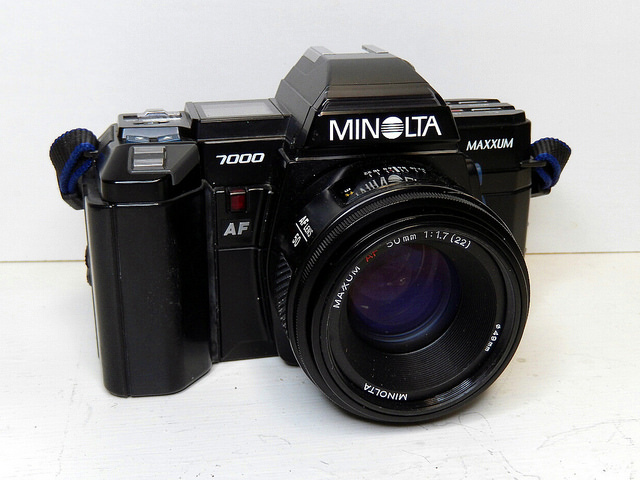 Minolta Madness
These days we’re used to see AF as more a rude addition to a descriptor, but for the longest time it actually just indicated Auto-Focus and something we saw on a lot of cameras. Of course the idea of Auto-Focus wasn’t a new thing when Minolta released their 7000 Maxxum in 1985 Leslie explained as several other camera companies had tried to make it work earlier. But the Maxxum made it popular. And as Leslie continues, it’s a wonder it survived at all. It faced two lawsuits early on, the first from Exxon over the Maxxum logo and the second from Honeywell over the use of an internal auto-focus design. But the 7000 didn’t die, it thrived. And today you can still find and use these great cameras, it uses the Minolta A-Mount, still used by Sony on their SLRs today and there’s a plethora of lenses out there. The camera might look like a 1980s VCR, but it fits well in the hand and is powered by AAA batteries, you could get an after-market AA holder that slips in without any modification. Easy to handle and use, the camera is great for anyone with A-Mount lenses. There were two other cameras in the line, the consumer bare-bones 5000 and the 9000 aimed at professionals (who did warm up to the idea of auto-focus).

Leslie isn’t the only one with Minolta Madness, Mark has recently wished to get his hands on an A-Mount Minolta and his pick is the XTsi, produced in 1998 the camera has every feature you need and is light weight and compact. A great camera to carry with you daily. It even has the eye-start functionality which Minolta introduced! Sadly, this was one of the models that used a proprietary flash mount, but as Mark says he at least got a flash with it. Besides, you can get a Promaster adapter for about 20$. 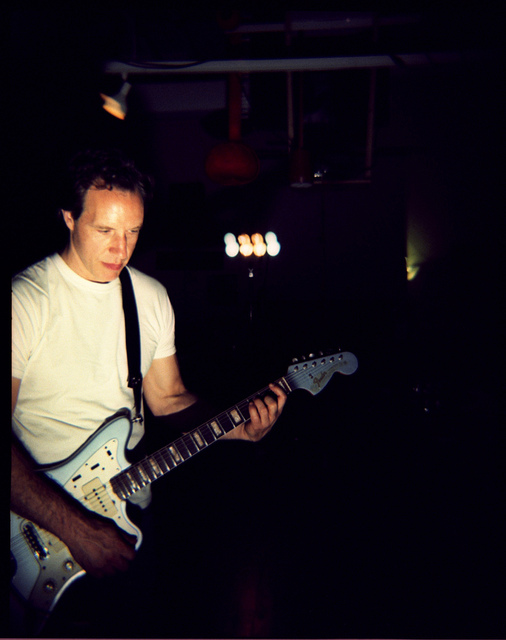 That’s it for this show. We're taking a winter break, but we’ll be back in March! You can write us, podcast@filmphotographyproject.com or by post Film Photography Podcast PO Box 264 Fair Lawn NJ 07410. Be sure to join in our Flickr community, Like Us on FPP Facebook and subscribe to our newsletter (sign up right on our home page)!