Listen to this episode now

Happy New Year from all of us at the Film Photography Project and welcome to the New Year! Joining Michael Raso at the table today is Mat Marrash, Leslie Lazenby, and Mark O’Brien! Topics on today’s show, is colour slide film, moviemaking on film, large format film, the Wardflex 120 TLR, the Phochron XA Shutter Speed Tester, listener letters, book of the month, and more!

There’s some great news from Film Ferrania! Yes, that’s right the Italian film manufacturer is ready to start producing their first run of E-6, colour slide film! While it’s been a rocky road for them, they produced in early December their first rolls of real film, black & white but it’s a huge step for them. And they figure they can start producing their colour slide film this year!

Speaking of colour slide film, the FPP storehouse is still swimming in miles of FPP RETROCHROME 320 this wonderful E-6 warm-tone film is surplus from a government nuclear test site. We also still have some stock of FPP RETROCHROME 160, plus you have the folks at Fuji still producing a handful of stocks. Sadly the Kodak plant that produced Ektachrome is an empty field in Rochester, New York. Get some RetroChrome Color Slide Film HERE. Lomography offers a dreamy slide film too! 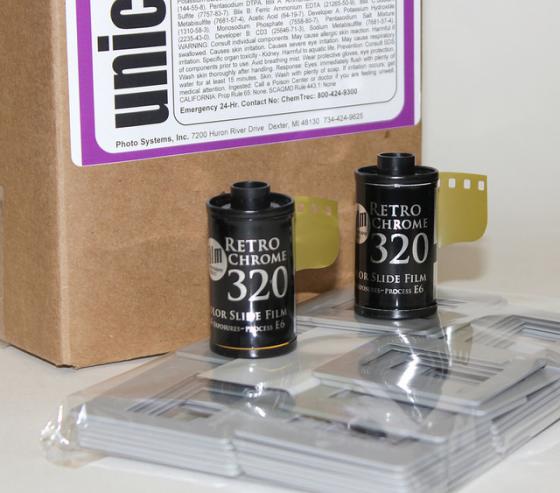 Movie Making on Film! All the slide film talk turns of course to motion picture making! And yes, Hollywood still has a love affair with film! And Kodak is at the head of this love affair with their Vision 3 film and even you, an independent film maker can get in on this game because the Vision 3 film is produced in 35mm, 16mm, and Super8! The great part is that the Vision 3 film can get scanned through a telecine machine where you can go into your Avid, Final Cut or Premiere software to do all the edits you want and then can output either in digital format or even get it printed back onto film! With all this talk, Michael is looking into making a 16mm feature film! And Michael’s taking steps to make it a reality, his Bolex is fixed, and there are lots of film stocks out there (inclusing upcoming Super 8 and 16mm from Film Ferrania and Lomography is producing 16mm film as well!)

LF is Large Format Film! If you’ve been following along with Mat’s work you know that he’s an amazing 8x10 photographer and has been working for a couple of years shooting in Hocking Hills State Park (in southern Ohio).

Want to get into large format film photography? Mat suggests getting in at the 4x5 size; the prices are affordable, and there’s an availability of lenses, film holders, and cameras. If you’re going bigger, 8x10 sees an increase in price and a lack of equipment. Now most people would go for a press camera, such as the Crown Graphic but these days it’s hard to get spare parts, so it’s better to go with a field camera such as the Intrepid Camera out of the UK, but there’s also Takahara, Shen-Hao, and Toyo. As for the film, Kodak, Fuji, Europe, Foma, Rollei, and Adox all produce film that can be easily obtained here in North America through the FPP On-Line Store, Freestyle, B&H, and Argentix! 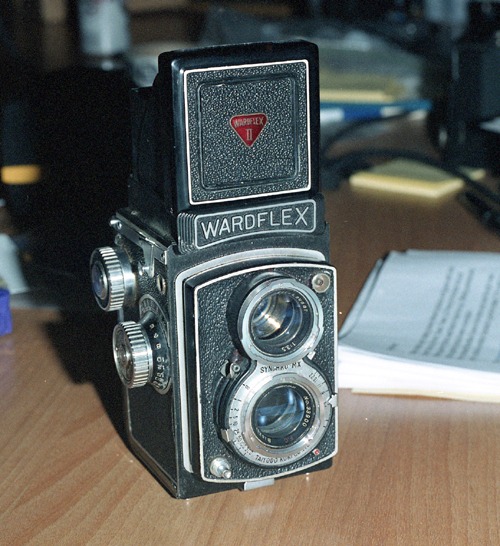 The Wardflex will confuse you, because if you just glance at it you might think it’s a Yashica TLR. These cameras have a unique history, the original Wardflex a plastic rebrand of an Argoflex E and sold by the Montgomery Ward chain of Department Stores, a second version was sold in 1955 was all metal and a rebrand of the Japanese Beautyflex T and further update in 1957 Wardflex II a rebranded Beautyflex D. The Wardflex II is the one that Leslie has with her today and it’s a wonderful camera with a Biokor f/3.5. An odd little tidbit of this camera is that it was going to have a marketing tie in with the Leave it to Beaver TV show. 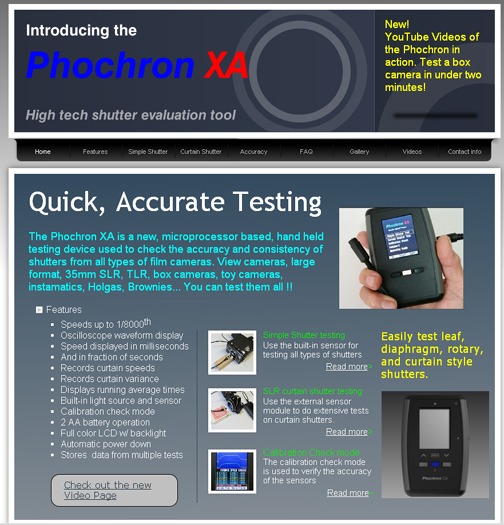 Awesome Shutter Tester! When it comes to some of the older cameras in our collections there’s one thing that starts to slip over time that is the shutter speeds. Eventually they slow down, which if you’re doing some precision work can start to overexpose the images. Mark has with his today a wonderful tool to help out with determining how accurate your shutter speeds still are. It sounds like something out of science fiction, the Phochron XA! Now this tool is still in the prototype phase and it was successfully funded through Kickstarter to get this tool into production. It works by measuring how long a light beam is visible by the unit. It’s a great tool for anyone working with any sort of camera because even modern systems start to slip over time. The price is fairly reasonable, 119$ for the base unit, an additional sensor bumps up the price to 139$. Keep an eye out on the website for details on when the item becomes available. 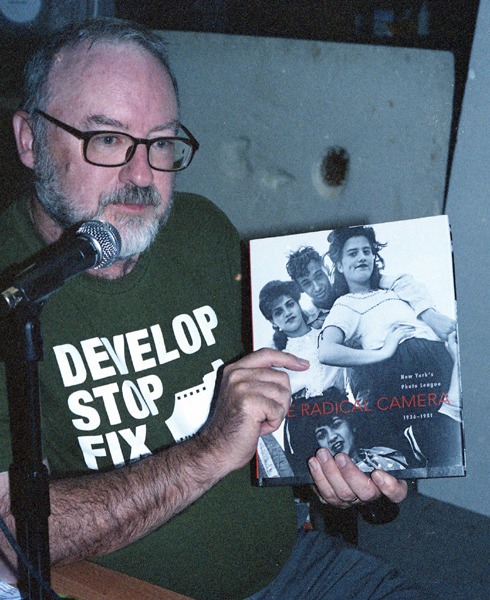 Book of the Month! From 1936 to 1951 The New York Photo League brought together a wide range of photographers from across NYC. In addition to many famous photographers the league was open to anyone with an interest to photography. This show, Mark has with him the book “The Radical Camera” which documents a show put on by the Jewish Museum back in 2012. The book is full of wonderful images, and one that Mark just keeps picking up. Sadly the league was dissolved in 1951 because of the group’s more left-leaning views, which in early days of the Cold War did not sit well and many were labeled as socialists or communists.

That’s it for this show! We’d love to hear from you about what you have planned film wise for 2017, did you get anything neat under the tree or in your stocking? Let us know at: podcast@filmphotographyproject.com or by post: Film Photography Podcast PO Box 264 Fair Lawn, NJ 07410

We’ll be back in a short two weeks and have a lot of great things planned for 2017!