The internet radio show for people who love to shoot film! This Book is a Camera! No Holga, No Problem! Mid-West Darkroom Update! Prints – Darkroom or Inkjet! Black Cat Exposure Guide!

It's your favourite Internet Radio show for people obsessed with film photography! Topics on today's show include: Darkroom Update from Mid-West Photo Exchange, This Book is a Camera, No Holga? No Problem, the Black Cat Exposure Guide, Extinction Meters, Printing: Inkjet or Darkroom? Listener Letters and so much more! So grab a caffeinated beverage of your choice and join Michael Raso, Leslie Lazenby, Mat Marrash, and Mark O'Brien! 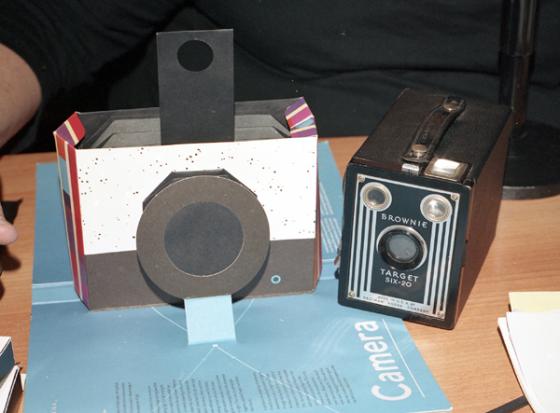 Is it a Book? Or Is it A Camera? Well, it's actually both! Leslie has a brand new rather funky camera to show off. This Book is a Camera is the creation of Kelli Anderson that gives you a functional pinhole camera that is in book form. A popup book that you open, lock down and then you have yourself a really decent large format (4x5) pinhole camera. And as Mat points out, it doesn't have a comically wide lens, it's about 150 to 135mm which is reasonable. And the book comes with everything you need, the book, change bag, and even five sheets of Ilford Paper to shoot on. You can even find the instructions on how to shoot and develop the film afterward, and it takes all types of 4x5 film so it will last. You can pick one up directly from Kelli's site, www.kellianderson.com! 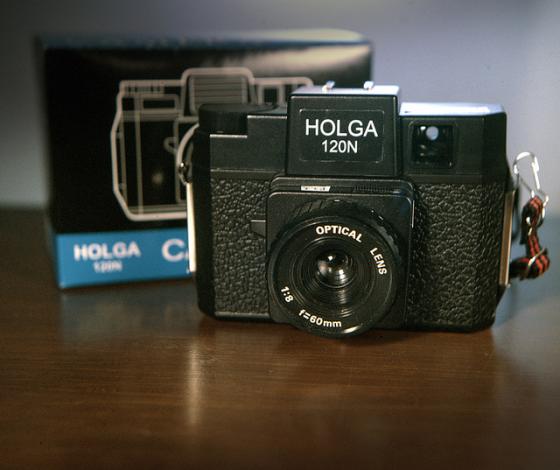 No Holga? No Problem! One of the world's most iconic toy cameras, the Holga, announced that production was ended, the molds destroyed. And while there is still a surplus of these cameras out there, the price is certainly going to go up according to Mark. But there's no need to fear or scramble because these aren't the only toy camera that produces the soft recognizable images that we've come to love. Number one on the FPP's list is our very own Debonair! But there's also the Diana F+ from Lomography, plus thousands upon thousands of cheap cameras that were produced through the middle and late 20th century under many different names that can be picked up for a song, like the Hawkeye Flash! It's just a matter of finding a camera you like and like the results out of, just get out there and play! 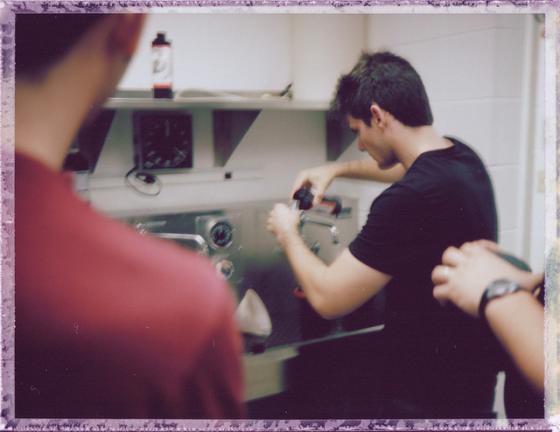 Update! Mat brings some excellent news from his employer, Mid-West Photo Exchange, they have the cheapest darkroom in the mid-west! That's right, you can rent the darkroom at the store for a small fee of 15$ per hour! If you want a similar price you'll have to drive to LA! And that's not all, that fee covers your paper and chemistry! And  you have access to equipment that can print up to your 4x5 negatives. It also gives you a safe place to develop your Black & White Films! Colour to, if you have the chems. If you don't know how, there's also lessons for beginners and advanced folks, run by Mat himself! You can check out the website and even book some time there if you feel the need! 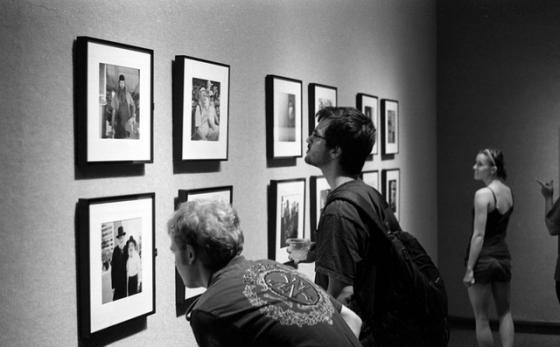 Print your work! We at the FPP are always encouraging folks to print their work, and these days there's plenty of options for us film photographers to print. There's of course, the traditional way of going into the darkroom but you also have the option of making inkjet prints. But there is a downside to use inkjet as Leslie warns. You have to make sure you're using both top quality paper and ink if you want your prints to be archival and really last. Mark says the best option for that is to jump on spending the money for Chromogenic prints, which work great for colour, but don't work so well with black & white. Of course, any sort of digital print option removes such options as hand-tinting Leslie says. But if does make it easy to produce huge prints, which Mat has been knocking off with some of the large format printers at Mid-West. But there are some great options in the form of Polaroid/Instant photography, also plenty of Alternative Processes to choose from. You can also use a lab, The Darkroom, Praus, and Blue Moon all operate traditional darkrooms with actual paper and chemistry, and they also have amazing digital print labs as well. It's all about freedom of choice when it comes down to it. 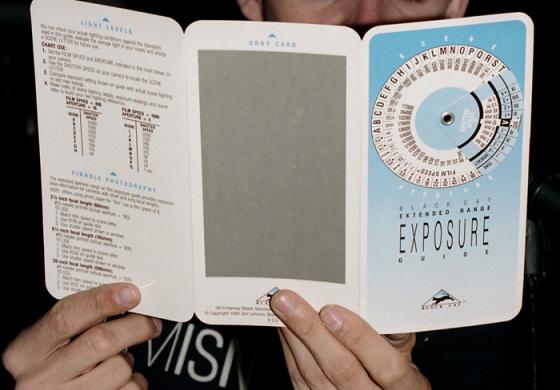 A new product in the FPP store is actually an old idea. The Black Cat Exposure Guide is a manual exposure calculator and is super easy to  use and works in every situation out there, even with your digital cameras, with film speeds, apertures, shutter speeds you have only dreamed of. Leslie loves it, all you need, she explains is to figure out your scene, and there's 70 to choose from, set your film speed to the scene letter and bam,  you have your options of all the different shutter speeds and apertures available. And it's small, thin, and works anytime, anywhere, no batteries required. If you need more help, there's a helpful online guide.

Of course then there are some meters that just don't work. Mark tells us of another early style of light meter known as an extinction meter. A name well deserved as they just never worked too well. The general idea was that the photographer would look at the scene through progressively darker filters, once you could not see the scene you would read your exposure settings, hence the term 'extinction'. Several Argus cameras had they built in, but you could also find them as a handheld unit. They never really caught on as exposure calculators and light meters started to pick up. They never really had any utility, Mark explains, it was only good in certain light conditions and depended on the eye sight of the photographer as well. Best to stick to Sunny-16 or the Exposure Guide. 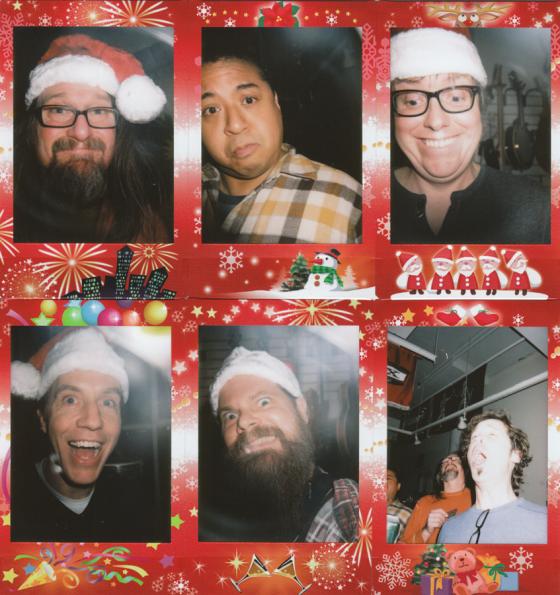 That's it for this show, but don't worry we still have one more episode left this year in a short two weeks. But we would love to hear from you, you can email us at: podcast@filmphotographyproject.com or you can use the postal service: Film Photography Podcast PO Box 264 Fair Lawn, NJ 07410. You can also send working cameras to fuel our School Donation programs and treats to fuel the podcast hosts! But now let's get The Smoove Sailors (pictured above) to play us out!