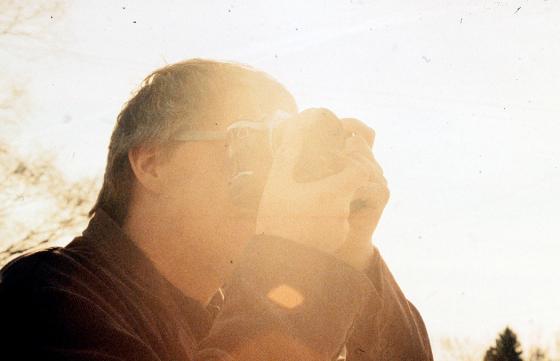 The internet radio show for people who love to shoot film! The Yashica Show! Listener Letters and More!


Infrared Shooting Tips
It’s spring so that means the skies are clearing from a dull grey and the green is starting to come out, which means it’s the season for shooting Infrared film, and Leslie has some tips. First of all you’ll want a camera that has little automation, specifically no DX reader. You’ll also want to cover up any windows on the back door of your camera with a few layers of electrical or gaffer tape. This prevents any fogging of the film. Leslie also recommends loading in complete darkness and storing your film in a cool dry and dark spot. No leaving it out in your car to bake in the warmer temperatures. Of course to get the full effect of IR you’ll want to filter your lens. For colour you really only need a Yellow-15 (or Yellow #12)  filter. For black & white you’ll want something a little stronger. If you have an aversion to tripods, Michael Raso suggests just a Red-25a, but for full effect the darker 89b or R72 filter is needed but you’ll need an external meter and a tripod. And just as an added bonus, today only (June 1, 2016) if you head over the FPP store you’ll find a sweet deal on both our Colour IR Film and B&W 35mm Infrared films! 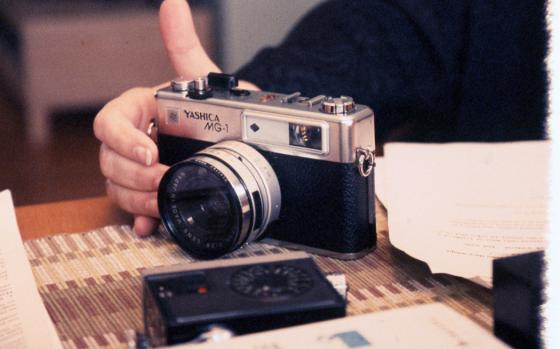 So when is a Yashica Electro, not a Yashica Electro? When it’s an MG-1 of course. Leslie has with her today the final model in the Electro-TL line known as the MG-1. This camera was released in the 1970s and was on the market for five years. The camera features a sharp 45mm f/2.8 lens and offers metering from ISO/ASA 25 to 800. Metering is provided by the typical Electro style traffic lights for slow-shutter speed and over exposure. This camera does require power to operate the accurate electro-magnetic shutter which is a mercury PX32 battery, but Leslie uses an adapter from the Yashica-Guy to use regular silver cells. Sadly like all Electro’s this camera also suffers from getting the PAD of death. So if you do run across one, listen for the ‘pop’ when you advance the film. While Leslie doesn’t really recommend hunting one does, they are fun to shoot with if you happen to have one or randomly run across one for cheap. 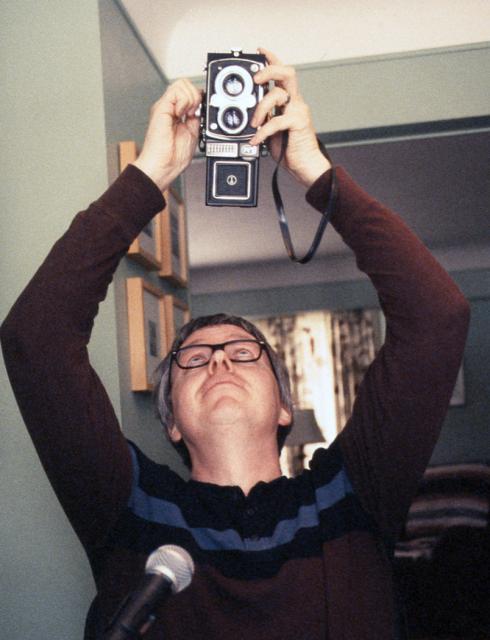 Keeping with the Yashica theme, Mark Dalzell, a self-proclaimed TLR junkie has with him the Yashica-Mat LM. As the name implies this was the first Yashica TLR to be released with a built in lightmeter. The selenium cell meter and all mechanical body means this camera doesn’t require a battery to operate, just bright light. There is one downside the meter isn’t coupled to the exposure controls, so it give you an EV reading, which you then translate to aperture/shutter speed using a guide mounted on the focusing knob. But don’t let that stop you from using this camera. Mark is seriously impressed by the sharp images he gets from both colour and B&W films from the 80mm f/3.8 lens. Also you can use a full line of Bay-I accessories on the camera. For flash work the camera has a PC socket but you’ll need to either get a lens mounted unit or a flash bracket. 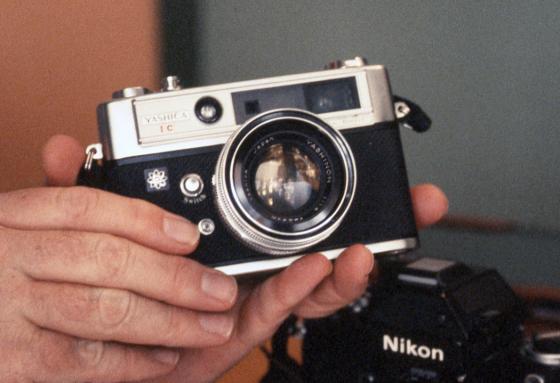 Not to be out-done, Mark O’Brien grabs from his extensive collection a Lynx 5000e. This is an early Yashica fixed lens 35mm rangefinder that unlike the Electro cousins is mechanical so a battery isn’t needed unless you want to use the built in meter. But that doesn’t make the camera any less desirable it does have a sharp 45mm f/1.8 lens. But they do like to be used on a regular basis or else the shutter, like Mark’s, will go a bit wonky. 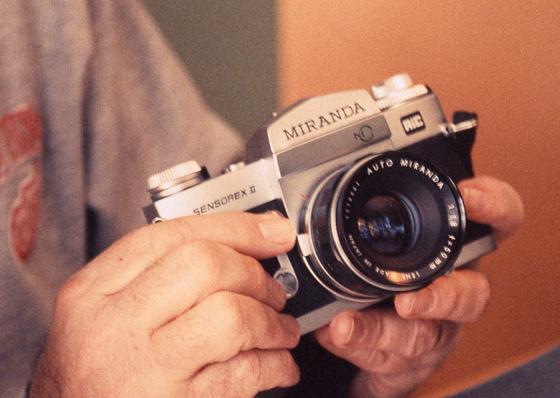 Taking a break from Yashica’s, Mark has a Miranda Sensorex II. This was really the cousin to the Auto-Exposure Sensorex EE, but the II is an all manual camera but does have a built in meter. While not really collectable, the Mirandas were decent camera with interchangeable viewfinders and a unique bayonet/m42 lens mount. 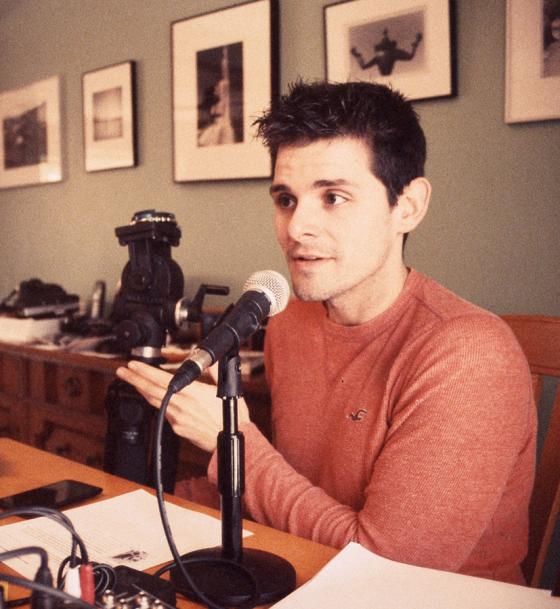 Mat drops in for a quick mention of the Novoflex line of photographic accessories. With the talk of Macro photography last episode and mounting old lenses on different cameras, Mat says look no further than Novoflex. These are well engineered adapters for any crazy combo of lenses to cameras (film or digital). And the company also sells stuff for tripods. Of course if the Novoflex product line is outside your price range, you can check our Fotodiox.

That’s it for us, but we’ll be back in a short two weeks. In the meantime get out there, enjoy the lovely weather and shoot. We love to hear from you also, you can write us at our email address: podcast@filmphotographyproject.com or by regular post: Film Photography Podcast PO Box 264, Fair Lawn, NJ, 07410, USA!