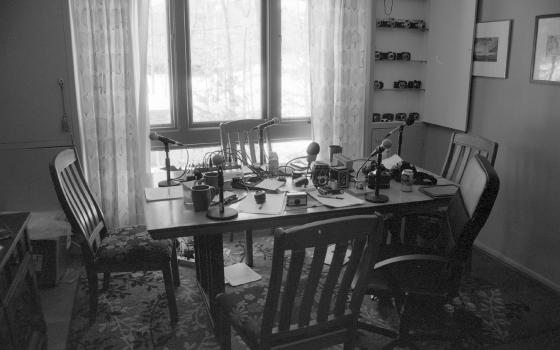 And we’re back! In studio today with Michael Raso is Mark O’Brien, Mark Dalzell, Leslie Lazenby, and Mat Marash. With such topics at the Kodak Medalist, Ansco Jr. Press, Tripod Heads, a new Film of the Month, Walker Cameras, Listener Letters and much more!

Kicking it off with a letter from listener Mark who talks about Walker Cameras. These are ABS Plastic and Stainless Steel field cameras made in the UK and are tough machines! Mat compares them to the models produced here in the USA by Keith Canham. But it isn’t just field cameras that Walker produces, they’re also the brains behind the Harmen Titin pinhole camera, which is marketed by Ilford. Of course if you’re interested in getting into Large Format, toss Mat a line: mat@mpex.com and he can hook you up with cameras, lenses, film, and know-how!

"Get a Friggin’ Tripod"! One of many things said by Professor Jeff (of Findlay University Fame). Tripods allow you to shoot steady shots and really get what you’re looking for with low ISO films. But there’s more to tripods than just your legs (or sticks), or a cheap 30$ special all in one plastic fantastic tripod. Most tripods these days come in two sections, the legs/sticks, and the head. For still photography Mat explains there are three types of heads. The first is the ball head, as the name implies this is a simple ball that provides the movement, great for multipurpose use and despite their look can still take the weight of a large format camera. They’re great for multiple photo types and are quick to move about. The second is a three-way head (get your mind out of the gutter). This head has separate controls for each axis of movement, so you have to remember to lock each axis or your head may shift. Great for landscape photographers. The final head is also a three-way unit but uses geared movements. This means that you have much finer control over the movements and you don’t have to worry about locking them. Now for video there is a fluid head that allows for continuous smooth motion for video work, but really isn’t designed for still applications. Like anything it’s best to do your research figure out what you want to do, and then pick a unit in your price range. But as Mark reminds the gang, it’s not good to skimp because you do get what you pay for. 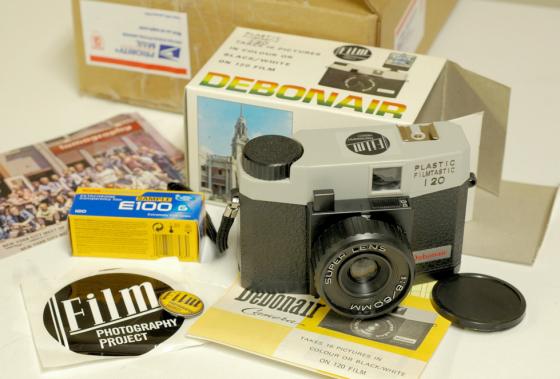 Ian Butler has a question…he loves toy cameras and the look of Holga and Diana, but he doesn’t own such a camera, but he does have a Rolleiflex TLR and wants to know if he can get the same results with his Rollei if he just makes the images slightly out of focus. The simple answer is sadly no. A Holga and a Rolleiflex are two different animals Mark O’Brien explains. The main part of it is the lens, while toy cameras run on plastic and single element simple lenses whereas the Rolleiflex is equipped with often a coated multi-element lens out of focus images will be just that…out of focus. Then there’s the build quality, plastic toy cameras compared to an all metal camera. But you don’t have to worry about finding a toy camera, the FPP Store is still stocking the Plastic Filmtastic Debonair and it ships with a roll of film for the low price of 20$! Another option if you’re using an SLR style camera such as a 35mm or Digital body you can get a Holga Lens for it in various popular mounts to give that toy look on your images!


Keeping on the 620 theme, Mark Dalzell has something a little simpler. The Ansco Jr. Press Camera was simply a rebranded Ansco Pioneer (seriously, they just added a new badge over top the existing one). This was done for the Christmas Season of 1949 and 1950. The camera was aimed at children who had an interest in photojournalism and came with a flash unit, flash bulbs a notebook and a press badge! But it shot actual 620 film in big 6x9 negatives. Of course the camera is little more than a box camera producing stuff similar to what you’d find out of a toy camera with a fixed f/14 aperture and 1/50” shutter speed. But unlike the Medalist you can pick them up on ebay between 10$ and 30$. Of another interesting note the camera was designed by Ann Arbor local Henry Dreyfuss, whose firm still operates today. Dreyfuss is also known for designing the original folding SX-70! 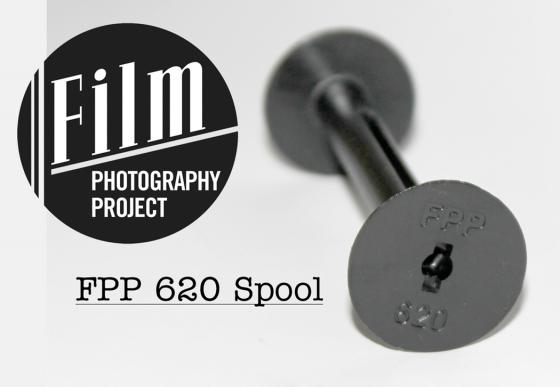 And while some 620 camera you can force a roll of 120 film in (since they’re basically the same format, just 620 is on a different spool) why not save yourself some headaches and order actual 620 film from the FPP Store, with lots of choice on stock on brand new 620 spools, or you can just roll your own!

Our film of the month is FPP EDU 200! This is a beautiful B&W Survellance film, with a wide latitude (Leslie’s Shot it up to ISO/ASA-800), and uses the Foma 200 developing time. Head into the store and order some to try out yourself.

That’s it for us, but we’ll be back in a short two weeks. In the meantime you can join in the fun over on our Flickr Group, or write us a letter via email: podcast@filmphotographyproject.com or send us an actual letter (or cameras, film, and treats) to: Film Photography Podcast PO Box 264, Fair Lawn, NJ, 07410, USA