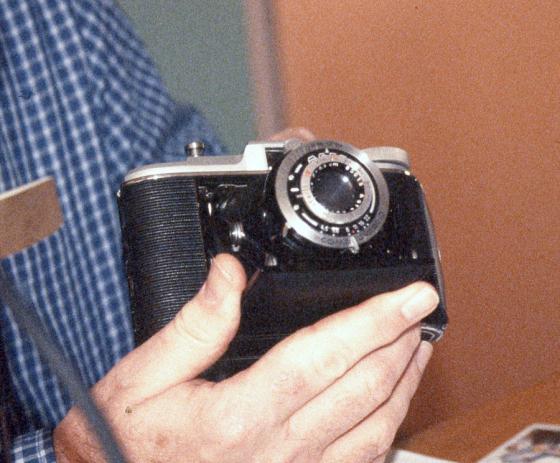 The Agfa Isolette is a neat little folding 6x6 camera from German produced in several models between 1938 and 1960. So what makes these cameras a great buy and a solid way to get into medium format photography? Well first off as a folding camera (featuring a self-erecting bellows and lens mount, no need to fiddle) they fit easily in a pocket, they almost feel like a sandwich-in-hand according to Michael.

Despite their size, you still get a nice big square negative or 6x4.5 as some early models had a mask you could swing into place. With these cameras being old there are some things to watch for. First off - check the bellows make sure they are still light tight and have little pinholing. But the biggest issue is with the focusing helical. The grease that was used has a tendency to seize up but can be easily fixed with lighter fluid and rubber tipped pliers to gently loosen it up. And of course watch for lens haze which is again easily cleaned up. In the American market the Isolettes were produced by Ansco under the Speedex name, and are just as good as their German cousins. And there are plenty out there on the used market running between 15$ and 70$ but the coupled-rangefinder Super Isolette can run up to 200$.

FPP Mail - Listener Craig Erickson writes in with a film developer combination blew him away but also the gang, and that combo is Fuji Neopan Acros 100 and Photographer’s Formulary FA-1027 at 1:15 for 9.5 minutes. Craig is reporting fine grain but sharp negatives (which reminds Mat of his go-to developer Pyrocat-HD). Leslie fills us in on the developer, which is used at either 1:9 or 1:14 dilutions as a one-shot developer. You can find plenty of times on the Massive Development Chart and it is a pretty good price point as well. The one thing that makes this developer stand out is that it has two restrainers in the formula, which as Mat points out makes it great for cutting through fog so excellent for use with expired film!

Public darkrooms are starting to make a comeback (or at least coming back to public eye) and even Mat has been tasked with helping setup the new darkroom that Midwest Photo Exchange will be opening this summer with their new location in Columbus, Ohio. So he had to sit down and come up with a list of etiquette for public darkrooms. First and foremost is keep it clean! Leave the food and drink outside, and if you make a mess clean it up. Along a similar line if you notice something like expired chemistry or something broken tell the tech, most good public darkrooms have a tech in charge of maintaining the space, but they aren’t mind-readers to always be nice and give them a heads up. Another good thing is to share the space, keep your eyes to yourself, leave some space, and don’t put your stuff in with someone else’s. And it’s sad to say but don’t drink the chemistry, and keep the sexy times to your own private darkroom - and on those same lines keep your clothing on! Do you have your own dark tales from working in a public darkroom? We’d love to hear them, email us podcast@filmphotographyproject.com. If you aren’t local to Columbus, Ohio you can look up where to find a public darkroom in your area by visiting www.localdarkroom.com! 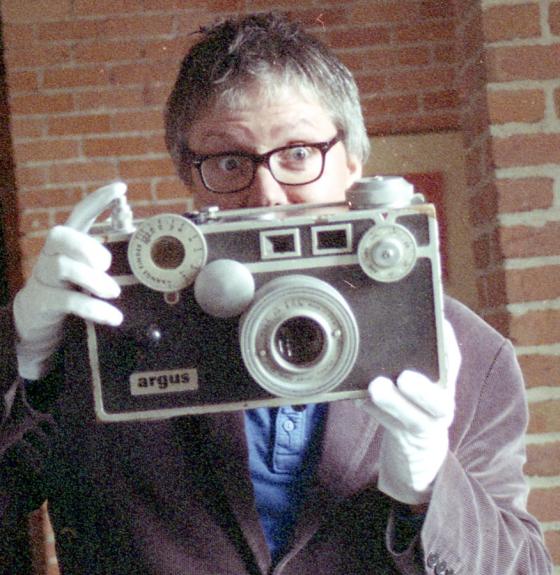 Argus C3 - Mark Dalzell loves his brick that is the iconic Argus C3 direct from Ann Arbor! And mostly he loves to modify it, he has even built one that is translucent. And he’s right to say that the C3 is a super easy camera to get your mod on. With few moving parts and only needing a screwdriver and hammer to open it up, you can both fix and change the camera to your heart’s desire. And probably one of the easiest things to do on the C3 is switch the camera from being M-Synced (that is designed for flashbulbs) to X-Synced for modern flashes, you could even add your own switch/knob on the front to easily flip between the two modes! Argus cameras up until the 1960s were all American made in Ann Arbor, Michigan and even today you can still go and visit the original Argus building which houses the Argus Museum, the only one in the world housed in the building in which the cameras were made. Check out the museum online at: washtenawhistory.org or visit in person 525 West William St, Ann Arbor, MI.

Of course this talk of X-Syncing the C3 brings up the topic of the sync of Polaroid Automatic Land Cameras. And the fact is they kind of already are! The whole gang has used these cameras with studio strobes to little electronic flashes with great results as the camera’s electronic eye will pick up the burst of light and close the shutter at the right time. Of course the original Polaroid units had an additional contact with the PC socket that would fix the shutter speed to 1/60” when working with flash bulbs. 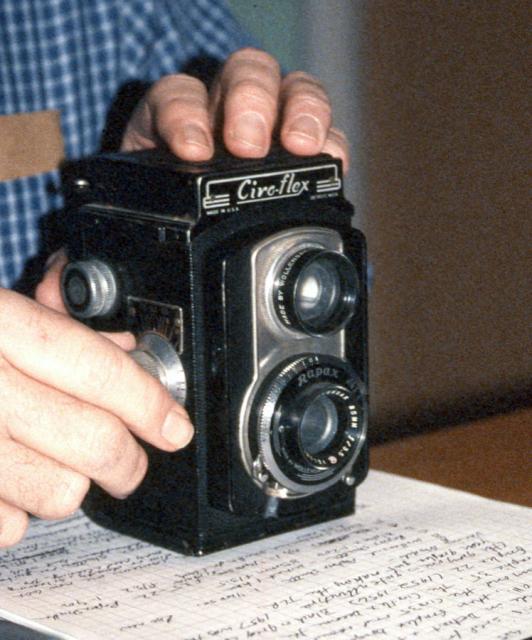 Ciroflex TLR - Switching from one American Camera to another, the Ciro-Flex TLR is another camera in Mark O’Brien’s collection. Produced from 1941 to the mid-1950s the Ciro-Flex was produced by the Ciro Company out of Detroit, MI before moving in the 1950s to Delaware, Ohio. There were six models (A through F) before the company was purchased by Graflex moved to Rochester,NY and the Ciro-Flex was renamed to the Graflex-22. The camera used standard 120 film and shot in the 6x6 format, and used Wollensack lenses at 85mm f/3.5, except for the Model F that had an 83mm lens at f/3.2 and was a Raptar model. Of course with the last of these cameras being produced in 1957 when Graflex killed the line, they have a few age-related problems. First up is the mirror losing the silver finish, but if you can scavenge one out of a Polaroid camera and cut it down to size as they use similar style of mirrors. Of course there is the usual issue of lens haze, but a quick trip to Rick Olsen’s site will get you in the know of how to remove the glass for easy cleaning. As many of these cameras were produced (they were the C3 of American TLRs) there are plenty on the used market running between 25$ to 75$ more if it’s a Graflex-22. But if you can find one in good shape, you have a solid camera! 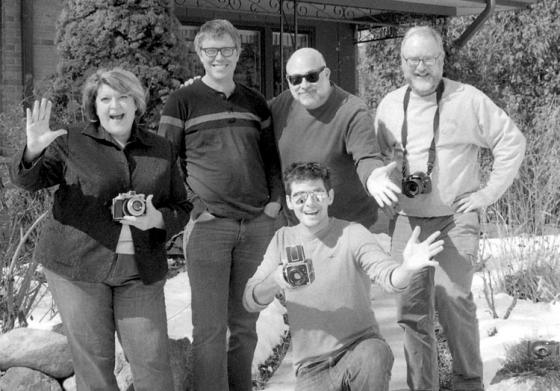 That’s it for this show, but you can stay connected to us on Facebook, Flickr, and our own website. And if you don’t already know all the music on our show is produced by people connected to the show! That’s right, The Smoove Sailors, Derby Girls, Ballard Pop, and Kirsten Ireland are all either a part of the show or are fans. And if you’re in a band, you can email us, podcast@filmphotographyproject.com with your tracks and we might even use them! Of course you can email us with your letters as well or send them via the postal service: Film Photography Podcast PO Box 264, Fair Lawn, NJ, 07410, USA. Also head over to the store to check out our film of the month, Svema FN64!!