It’s the Internet Radio show for people who love to shoot film! Joining Michael Raso in studio today is John Fedele and Mark Dalzell! On the roundtable today the gang will be talking about the FPP Home E-6 kit, Kodak Vision3 Films, Nikon Point & Shoot cameras and the Nikonos Underwater camera. Plus listener letters and more! Keep it locked in! 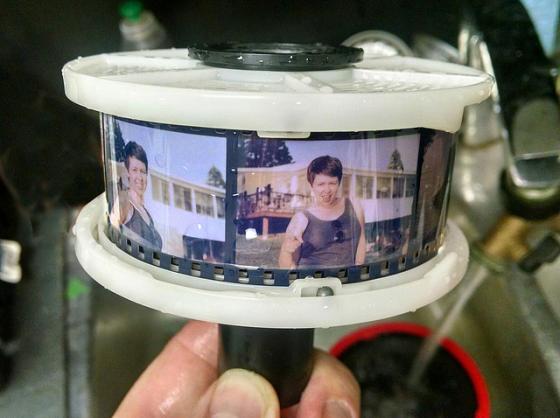 Colour At home?
The FPP store is well stocked with all you need to process both your own Black & White film and Colour Films at home. And one of the first folks to test out the FPP E-6 kit (Unicolor Rapid E-6 Kit) was our very own Mark Dalzell. And well to put it simply he loves it. Unlike the C-41 kit, the E-6 kit comes in liquid form which you mix with water to produce the working chemistry. From there you simply measure out the amount you need and go to town. The kit comes complete with the instructions for developing times and a range of temperatures and their associated times. While you can develop the films in colder water, Mark does suggest using the 100F times for best and fastest results. And that first time you pull those slides out of the tank, as Mark describes, it’s nothing short of magic. The kit comes with the stuff to mix up a three bath kit, the first developer, colour developer, and blix (Bleach + Fix), and so for those who do B&W developing, it’s really nothing new. The recommended number of rolls and sheets is 10 but you can extend that but do expect a bit of quality loss the more you process. And in general it really isn’t that hard, just watch your temperatures and don’t be scared.

Shoot Like you’re from Hollywood
The whole FPP gang continues to rave about the quality and colour that you get from Kodak Vision3 film. The very same film that The Hateful 8 and Star Wars: The Force Awakens was filmed on. Here at the FPP, Michael Raso has been busy rolling the film into 35mm canisters so you can shoot the same big budget movie film in your still cameras. One little thing...the film has a black remjet coating on the film to lessen friction when running through movie cameras at 24 frames per second. This coating will cause a whole lot of problems if you take it to your regular film lab and they run it through their C-41 Auto lab. If you process it yourself at home in the C-41 kit, you just need a bath of warm water and your thumb to clean the remjet off. If you don’t want to do the home processing route there is two film labs in the USA that do the ECN-2 processing (which includes the removal of the remjet) they are The Little Film Lab and The Camera Shop. In fact whenever you order some Vision3 film from the store the information is included right in your package! The FPP Store stocks three flavours of the film the 50D and 250D are both balanced for daylight, or if you’re shooting inside there’s the 500T designed for use under tungsten lights.

Nikon Point & Shoot
Leslie Lazenby and Mark O’Brien call it in for Nikon Point & Shoot cameras. Oddly enough Nikon is much better known for their early rangefinder cameras and SLRs, but they were pretty late to the game with Point & Shoot cameras. Mark fills us in. In 1983 the Nikon L35 AF was released this was a slick little package, a fixed 35mm f/2.8 Autofocus lens which even has a filter ring! The camera is fully automatic and has a solid meter in it that is mounted in the lens, so you don’t have to worry about filter factor. Nikon continued to improve on the original design releasing several newer models between 1985 and 1991, often you’ll see them branded as One Touch on the international market. And one of the best parts is that most use AA batteries to power it. But if you want the best bang for your buck Mark recommends the original L35. The camera original cost around 200$ but these days you can easily find them between 1$ and 10$. They make great backup or street photography cameras. 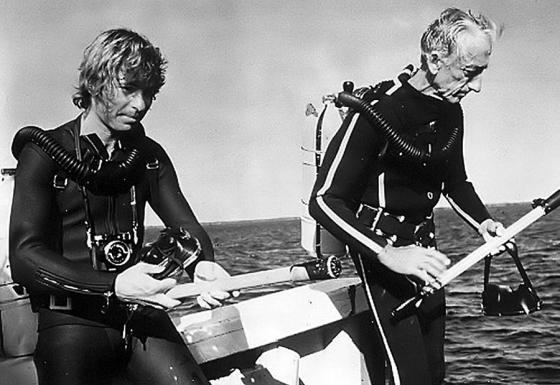 Life’s Better Under the Sea
Keeping on the Nikon Thread, Mark Dalzell has a neat little camera to show off. The Nikonos II was the second version of Nikon’s underwater Nikonos Line. The cameras themselves were originally known as Calypso Cameras and were designed in part by famous underwater explorer Jacques Cousteau. Nikon went on to purchase the design and began to release an extensive line of these underwater beauties. The Nikonos II was produced between 1968 and 1975, this was an all manual camera with guess focus and was really designed for ease of use when all dressed up in Scuba gear with the focus and exposure controls mounted on the side of the lens barrel. There was a light meter that could be mounted externally. And one neat little feature is that these cameras had interchangeable lenses. From the W models which were simply water resistant to the UW lenses that allowed a properly sealed camera to go down to 26 fathoms, that’s 160 feet/50 meters. You can still pick up the seals on Ebay on the cheap so if you want to get it fully underwater double check those first. Later models like the Nikonos V has some auto exposure and the last model the Nikonos RS was a full autofocus SLR camera. 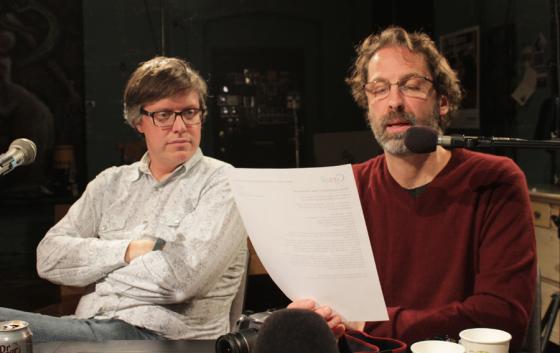 That’s it for this show (what show?) but don’t worry it’s only a short two weeks before our next episode! In the meantime let us know what you think about the show by dropping us a note through email: podcast@filmphotographyproject.com or by regular post: Film Photography Podcast PO Box 152, Butler, NJ, 07405, USA or join in the discussion and few our pool of talented members in our flickr group!

Our atmospheric opening and closing track is by The Smoove Sailors. "Fish and Chips" is by FPP fav Darren "Ballard" Riley!