It's the internet radio show for people who love film! Joining Michael Raso in studio today is Leslie Lazenby, Mat Marash, and Mark O'Brien. Topics on the table today include a mystery Praktika, FP-100c Bleaching, Large Format Update, and Problems with Film: Who's to Blame. 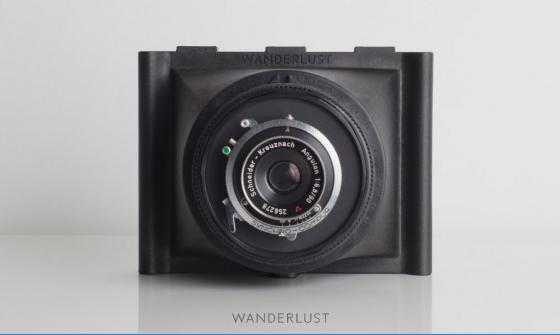 Listener Mario writes in with a whole series of questions which the gang aims to field. First up and probably the easiest is what is a cheap camera to get for 4x5 photography, well that would be the Travelwide from Waderlust Cameras. Next Mario is looking for a good flat bed scanner on a limited budget, Mat answers that with the release of the v800 and v850 scanners from Epson which means that people are looking to unload their V700/V750 scanners on the cheap, even for under 500$ these days. The third question is a bit more complex Mat explains as it involves mounting a digital capture back onto a Mamyia 645AF. The problem is that both the original 645AF and 645AFd requires some additional accessories to allow the digital back to sort of interface with the cameras, the best choice is the 645AFDII. And the final question is one that we love to answer, how to support the podcast. There are many ways you can other than money. We're always looking for additional cameras to help out with our school donation programs, you can also send in film, purchase stuff in our store, and of course spread the word about the FPP! You can email us: podcast@filmphotographyproject.com or visit our donation page!

We've talked on this subject before and if you were at a walking workshop you may have seen a demonstration of this technique, just like Mark did. The process will yield a scannable negative from an exposed FP-100c image. You'll need a piece of glass/plexiglass, water, a negative, panters tape, and some gel bleach. You just need to tape down the FP-100c piece with the black side facing up towards you, spray on some of the gel bleach then wash the whole thing in water then hang to dry. You will need to make some adjustments after scanning but it yields a completely different look than the print.

above: Michael Raso demonstrates how to bleach a FP-100c negative 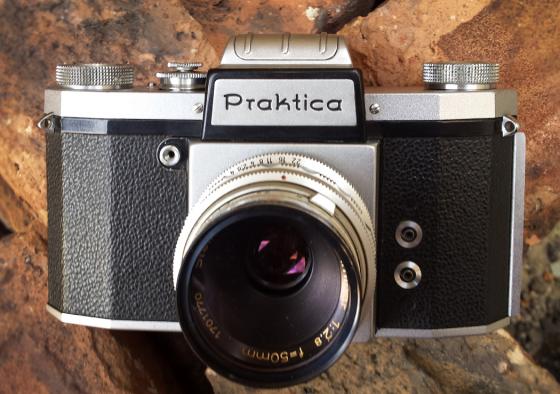 Leslie has brought in a bit of a mystery, a Praktika branded camera but there's no other model information other than it was made in Soviet Occupied Germany. She guesses it was made at some point in the 1950s and looks like it could be either an FX2 or FX3 but doesn't have anything that could make it one to the other. It's a 35mm SLR with a waist level/sports finder on it, which is pretty fun to shoot with. It also has a bit of a rare/special order lens a Kalmar 50mm. The lens is pretty sharp but there are some annoyances to the camera. Shutter speed setting involves two dials, the shutter release is mounted flush to the front of the body, exactly where Leslie grabs it, and the mirror doesn't automatically return. If you have any information on what the camera could be, shoot us a line: podcast@filmphotographyproject.com! 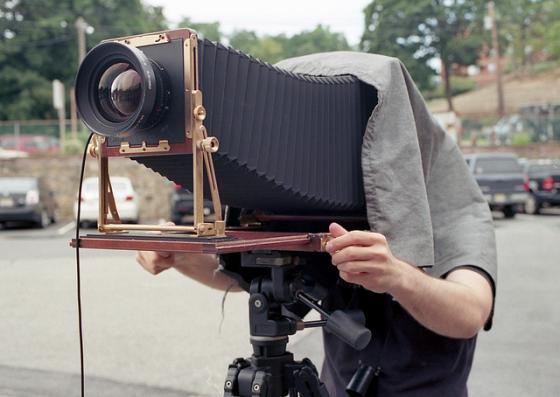 Mat brings some awesome news, there are several new Large Format cameras on the market that aren't that expensive. And most of them are coming out of Europe. In Italy Alessandro Gibellini is manufacturing many different styles and sizes of LF cameras from 4x5 up to 16x20 using wood, aluminium, and even carbon fiber. From Hungary a gentleman by the name of Sandor Vadasz is running his own brand, VDS Camera making custom 8x10 and 4x5 cameras. And finally out of the UK an affordable 4x5 field camera, the Intrepid Camera which is made out of precision machined plywood. Solid news for anyone looking for a new and less expensive way to get into large format photography. 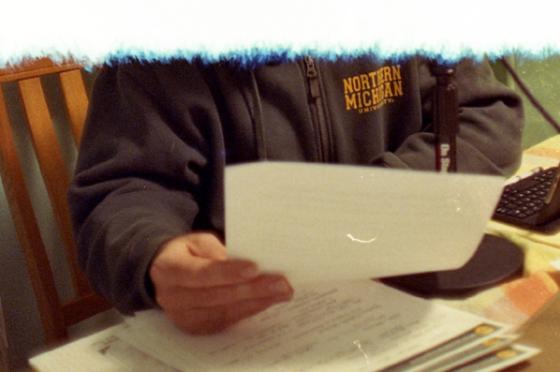 It happens every so often, you get your film back...and bam, you notice some problem with it, then the blame game starts. The problem is that there's so much that can go wrong but who do you get to blame. The lab, the camera, your own silly mistake? The whole thing started when a listener wrote in reporting some scratches on the film base of some of our Svema 125 colour film. Scratching the plastic base is a bit of a tough thing to do. But the gang has some ideas. It could be an abrasive material that was caught up in the felt light traps in the film canister, or something that got stuck in the camera, it could also be particulate matter in the lab's processor. But with so many variables it could really be anything. Other problems that can arise is bad chemistry in the processor, or just low quality film. Not all film manufactures have the same level of quality control like Ilford or Kodak. The last time Mat got back a scratched 8x10 chrome film was from The Darkroom but as a nice touch there was a letter of apology about the scratch which had been up in the corner.

That's it for this show, but before we end we can first rock out to Darren "Ballard Pop" Riley. If you want to get in touch, we always love to hear from our listeners, you can email us: podcast@filmphotographyproject.com or send us a traditional letter at: Film Photography Podcast PO Box 152, Butler, NJ, 07405, USA.

If you have a film photographer on your Christmas list, check out our 2015 Holiday Gift Guide and pick something up in the store

Love this show!? Consider donating $24. (that's $1. per episode per year) We can't do it without you, folks. Donate HERE.