A happy July 1st to all film shooters out there. Today, we've got Mr. Michael Raso, Mat Marrash, and Ms. Leslie Lazenby in the studio talking about shooting motion picture film. FPP listeners have been bugging the gang about shooting and working with motion picture film for years! And while just the thought of working with another cartridge of Super 8 is enough to make Mike cringe, we're going to be chatting about making movies with film, specifically Super 8 and 16mm. 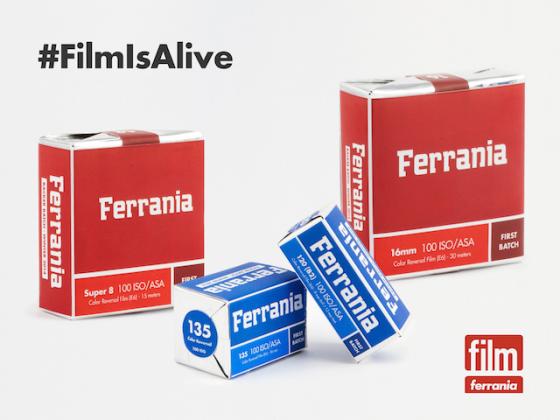 The launch of the Film Ferrania Kickstarter project in 2014 was what got this topic off the ground. A small group of film-crazy folks have Kickstarted and are currently in the process of rebooting the old Ferrania film factory in Italy. While there have been some production hiccups along the way, Ferrania hopes to have its first chrome films out to backers by late 2015/early 2016. For it's first wave of films, Ferrania isn't just coming out with any film, they're manufacturing 35mm, 120, Super 8mm, and 16mm CHROME! That's right, brand new E-6 film!

Mike has been digging around the FPP studio and has come across a handful of Super 8 and 16mm cameras to start shooting film with. An Arriflex 16mm, a Beaulieu 16mm dontated by Jeff Salisbury, Bolex 16mm, and a pair of Canon 514XL Super 8 cameras donated by Nate Matos. 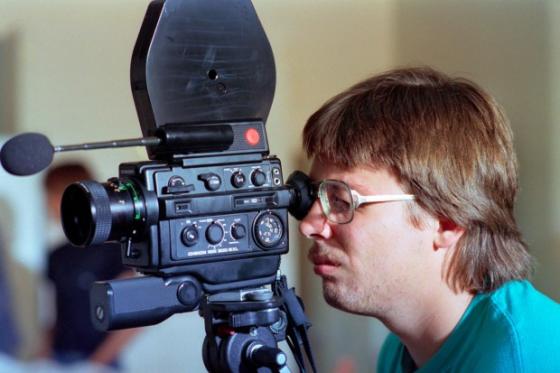 Super 8 Madness! As you heard at the beginning of the shoe Michael Raso is going to be in Texas at the end of July promoting his 1989 feature film, The Basement, shot on Super8 Ektachrome and finally making it to the big screen after many years of work! The film will be shown at The Alamo Drafthouse’s Ritz location in Austin Texas on July 28th and at the Aviation Cinema in Dallas on July 30th!

Also worth noting that Mike's long-time pal J.J. Bookwalter (pictured above just finished restoring his 1986 horror Super 8 film The Dead Next Door! If you’re interested in supporting such projects, check out JR Bookwalter’s Indiegogo campaign to fund a full HD restoration of the film!

When buying a motion picture camera, like many used film cameras, buy it from somebody that knows the camera. Ask that the battery compartment be checked for corrosion. Remember, you will be working with old equipment, so you want it to last as long as possible. 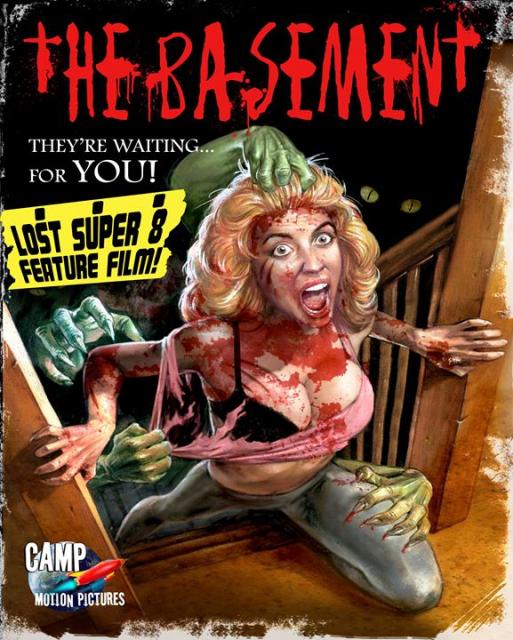 The Super 8 format is the "Instamatic" of movie making. Cameras were designed to be simple, point and shoot use. A 50' cartridge of Super 8 film will last 2.5 minutes at 24 frames per second (fps) and 3 minutes 20 seconds at 18 fps. When shooting at a 18 fps or 24 fps, your film projector has to match the speed of capture. Remember folks, when projecting Super 8, you're displaying your original! If you've been shooting Kodak Tri-X reversal film or Ektachrome reversal, your Super 8 film is the original. Color negative films, like Kodak Vision 3 films, are made for a digital editing workflow, not for projection.

Mike's recommendations for folks new to shooting Super 8 film are to use Kodak's Vision 3 film stocks. They have a lot of latitude, are tungsten balanced for indoor and mixed light shooting, and you get an image that you can really work with in digital editing. There are a variety of Super 8 films available (available right in our FPP Store this month, as well as pre-packaged films that include processing offered by Pro 8mm. For processing look to the Yale Film and Video; Mike discusses their various services and (good) pricing. For 16mm and larger film processing, look to FotoKem (on the West Coast). 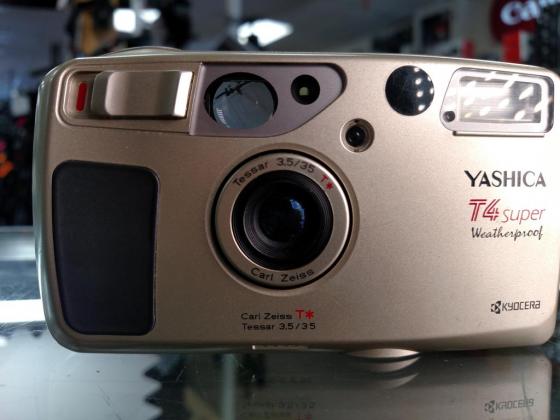 Yashica T4 Super! After a few listener letters, Mat talks briefly about his new favorite point and shoot 35mm camera, the Yashica T4 Super. This weather-proof P&S walked in to Midwest Photo Exchange in a "throw away" donation box. It's very lightweight, pocketable, autofocus, and features a Zeiss T* 35mm f/3.5 lens! It's bigger brother, the Contax T2 is even sweeter, but for folks on a budget, this is one heck of a 35mm camera to pickup! 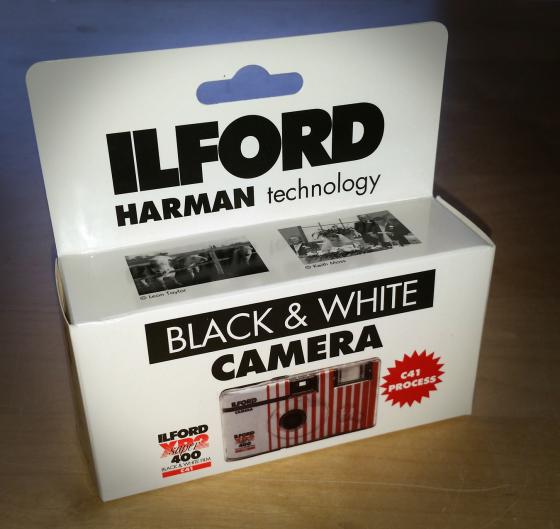 Speaking of one time use cameras, check out these BRAND NEW B&W cameras by Ilford available now in the FPP Store: 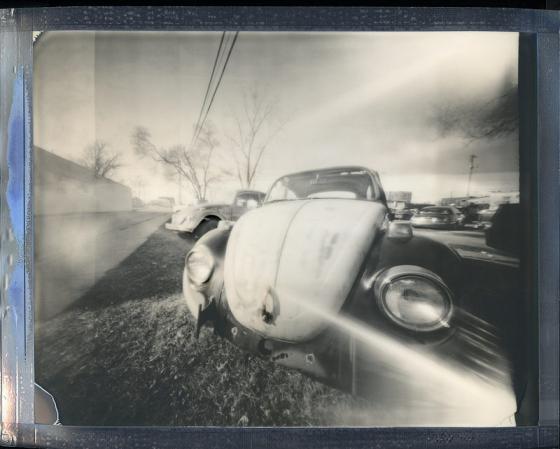 Large Format Pinhole! Last up, Leslie is happy to present her favorite 8x10 camera, the limited edition Leonardo 8x10" pinhole camera! Only several thousand of these handmade pinholes are out there, and if you're lucky enough to score one from Pinhole Resource or "the bay". As far as pinholes go, it's pretty-darn sharp, and pairs very nicely with Impossible's 8x10 instant film.

Until next time folks, get out there, shoot some film, maybe Super 8 or 16mm, and as always, if you have any questions, podcast@filmphotographyproject.com

Music from our UK pal Darren "Ballard" Riley from his EP Monkey Business!