Community Darkroom!
Mat opens up the show with a letter from long-time listener Dave. Dave is the communications manager for AS220, a non-profit group out of Providence, Rhode Island (awesome city!), among the many other community support that AS220 provides they operate a community darkroom, the only one in Rhode Island Dave explains. Once you’ve taken their introduction course, you can book time to get all your traditional printing done! Check them out at: www.as220.org! 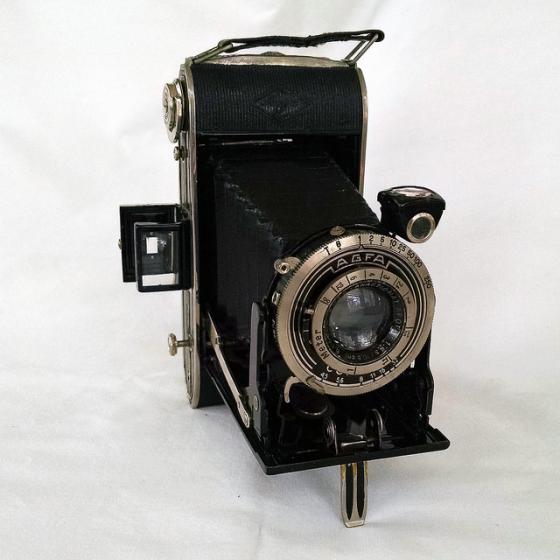 Folding Cameras!
Mark has a couple of mid-twentieth century folding cameras to show off! First is the Agfa Billy Compur. The Billy Compur is one of many different models of ‘Billy’ cameras produced by Agfa. The Bill Compur was produced between 1934 and 1949. The early models had an Agfa Apotar lens, but the later models, such as Mark’s had a Solinar 105mm f/4.5 lens. The camera takes 120 film and shoots in the 6x9 format. Despite the age, Mark’s camera is in great shape Michael notes, and has all the bells and whistles, from a body mounted shutter release and even a self-timer. 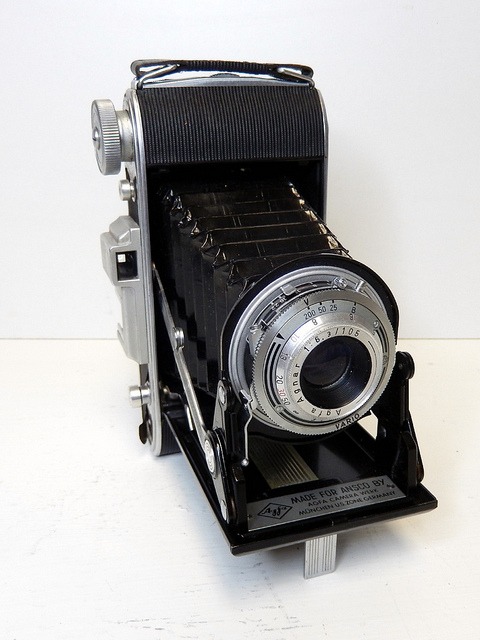 The second camera Mark has is sort of the grandson of the Billy Compur, the Ansco Viking, produced in 1952 by Agfa for Ansco features an Agfa Agnor Anastigmatic 105mm f/6.3 lens. The Viking is a variant of the Agfa Billy I. You have to remember that Ansco was created with the USA nationalized the American Agfa Plant before the Second World War. The two companies began working together following the end of the war during the American occupation of Germany. Michael also reminds us that it’s a good idea to check the bellows of these older folding cameras for light leaks with a flashlight! 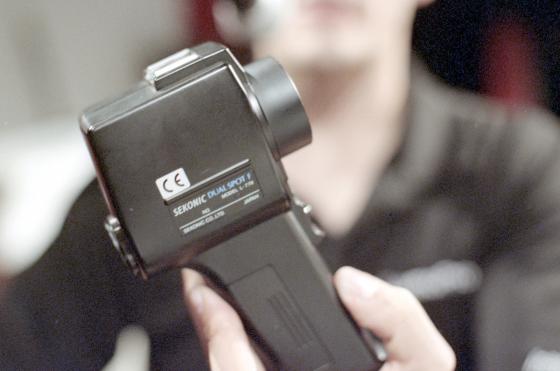 Lighting the Way
Michael has always been a user of the Gossen Luna Pro F incident light meter which measures the light that is falling on the subject, Mat on the other hand has always been more a reflected light person, specifically using a spot meter. Mat brings in his latest meter, a Sekonic L-778, an amazing meter that is either a 3 or 1 degree spot meter. Mat has nothing but praise for this piece of equipment. From being able to store camera/film pre-sets, it can also take two meter readings and come up with an average reading between the shadows and highlights, which just makes setting your camera so much easier. Not to mention tons of flash use also from a PC socket and a full Hot Shoe! Sadly these days the L-778 is only available on the used market, so keep an eye on KEH and B&H, but if you want to go with a new product the Sekonic L-758DR combines both a 3 degree spot meter with an incident meter! 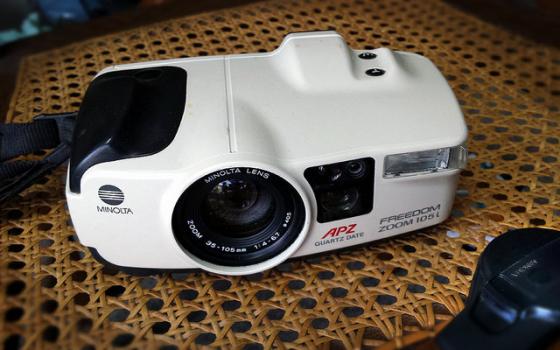 Bridge Camera over Troubled Water
In the category of "what were they thinking", Leslie has the Minolta Freedom Zoom 105i. This is another one of those 1990s era ‘bridge’ cameras that had a huge zoom lens from 35-105mm f/4-6.7 lens in a body that looks like it belongs in the prop department of Star Wars than in a camera bag. The odd shape is because of the passive TTL auto focus system.

Don’t let the odd look fool you; this has a leaf shutter and the newly created (at the time) eye sensor system that activates when you bring the camera up to your eye! But the camera does have one feature that Leslie finds super annoying, the APZ, or Auto Program Zoom. That’s right, the camera will do the zoom for you, which can cause a lot of problems. But despite the price tag of 462$ new, today they cost a mere 10$.

Hold Steady
Working in low light, heavy camera, slow shutter speeds, get a friggin tripod! Yes, they’re big, they’re bulky, and they’ll slow you down, but really, if you want to get the sharp images, and reduce camera shake your own two legs just won’t cut it, Mat, who works with Midwest Photo Exchange (lovely shop), highly recommends a tripod. When most people are looking at tripods then want three things, compact, low cost, and light weight. Mat is a big fan of the MeFoto line of cameras that can support even some of your medium format gear, the Road Trip is the best model to go with, and the best part is your only choice is what colour you want it in. However if you’re getting into bigger cameras you’ll want something a little more sturdy. He suggests that you take the maximum weight of your camera then double it. Good brand names to go with are Induro (Mat uses their CT414 for his 8x10), Manfrotto, Benro, or Three Legged Thing. But if money is no object, Gitzo is the way to go!

That’s it for us, from all of us here at the FPP we wish you a happy holiday season, and lots of many amazing photography opportunities! But don’t worry; we’ll be back in a short two weeks for our New Year show on January first 2015! To close out the show, we have the Hungry Dutchman with “Lookin’ for Santa” (above) which was featured on Meadowlands Showcase back in December 1988 and the video was directed by Michael Raso and John Fedele. (John even has a part in the video)!

Keep us fueled! Donate to The FPP!