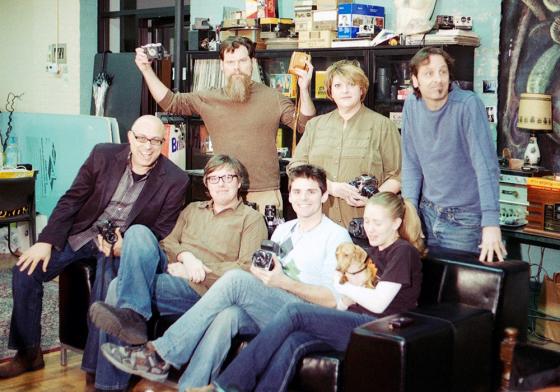 Welcome to The Shoe! (Show, What Show?!) It’s the FPP Camerapocalypse featuring the Rolleiflex 2.8E, Mamyia RB67, Canon A-1, Kodak Tourist, and many more! Plus, a film giveaway and lots of listener letters. Sit back, pour yourself some eggnog and join Michael Raso, Dan Johnson, Mark Dalzel, and Alex Luyckx (Hey, that’s me!) for two hours of camera talk.

Contax/Yashica Mounts - Starting off long time listener and friend of the podcast Tony Kwong fills us in on the C/Y (Contax/Yashica) mount lenses. There has been a large number of lenses produced with this mount and even today are still purchased and adapted for use on modern digital cameras, mostly the lenses manufactured under license or by Carl Zeiss. For a complete list of lenses available head over to camera-wiki: http://camera-wiki.org/wiki/Contax/Yashica_lenses.

Arctic Conditions - Former military man Dave also sends in a letter in response to a question posed by a listener in the far north. Dave has had some experience with cameras in the ultra-extreme cold and he writes that it’s all about preparation. A mechanical camera is preferred because you don’t need batteries and won’t have to worry about the effect the below freezing temperatures have on batteries. Secondly, if on assignment in constant, ultra-cold conditions, the cameras and lenses have to be cleaned and a special lubricant applied that won’t gunk up in the cold weather.

In our first camera segment we’re joined by Dane Johnson and Mark Dalzell. The first camera out of the gate is Dane’s newly acquired camera which he lovingly calls “the fridge!”- a Mamyia RB67, this beast of a medium format single lens reflex camera takes images on the highly desirable 6x7 format. Lugging this fridge around will give anyone a solid workout. The RB series featured a rotating back allowing you to easily switch between landscape and portrait orientation, a feature lacking in the cousin model - the RZ67. Dane loves to use a Polaroid back with the large image format nearly filling the full frame of the Type-100 Pack film. The RB system is fully modular with different backs for 120, 220 and Polaroid. Also available are interchangeable finders and a wide range of lenses. Mamyia has a digital back for this camera as well.

The Kodak Tourist is no stranger to the FPP. Michael Raso loves his Tourist II. This 1950s era 620 folding rangefinder takes big 6x9 exposures and Dane has even been experimenting with using 35mm to shoot sprockets (it takes 3 turns to fully advance the film). The tourist cameras were equipped with three different lenses, depending on year and model, the base model had a single element Kodet lens, mid-range a three element Cooke type and the top of the line were four element Tessar style lenses. Also you’ll need to roll your own film onto 620 spools or just head over to the FPP store for a full line of 620 film!

You can win yourself a roll of this lovely film by heading over to the giveaway section or if you don’t want to leave it to chance, head over to the FPP on-line store to pick up a roll. You can find details on how to develop the film in the Flickr group dedicated to the film.

Bolsey Jubilee! Dane has in the past showed off the Bolsey B-2 and today brings in another camera from the Bolsey company, the Jubilee. This is another mid-50s folding camera that features a unique set-o-matic, which allows you to dial in film type and flash type to help you set shutter speed and aperture. Like the B-2, this is another ‘hand grenade’ 35mm camera that produces a very unique image thanks to the lens. It also has a super quiet shutter.

Canon A-1! The Canon AE-1 is a well known camera to the FPP, but Canon also produced an A-1 camera. A fully automatic 35mm SLR based around the FD mount lenses, in addition to full program mode, you also had shutter and aperture priority modes. A big first for Canon and the camera world as well since the A-1 was released in 1978, a handful of years before Minolta released the X-700. Unlike other Canon’s at the time, the A-1 was only available in black and has the typical Canon shutter squeak.

Next up is the Minolta Hi-Matic S2. This plastic “aunt” camera is a zone-focus point-and-shoot 35mm with a 38mm f/2.8 lens. Fully automatic exposure can be set to ASA 25 through 400. The one cool feature the camera has is when you turn on the flash, the zone focus markers glow. Don’t pay more than five dollars for the camera and if anything, it makes a good point-and-shoot for the beach. 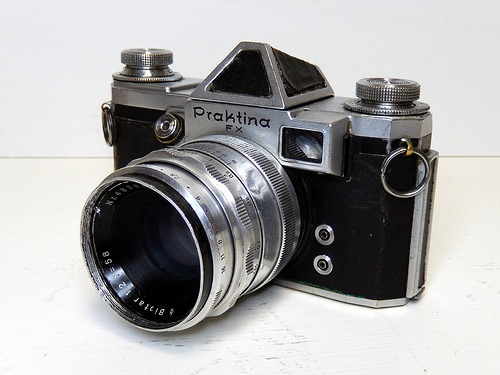 The Praktina FX is a strange SLR from mid 1950s Germany. It was one of the first cameras to use a bayonet mount instead of a thread mount for the lenses and there were actually a wide range of lenses made for the camera. It also was unique that you could get a clockwork motor drive. 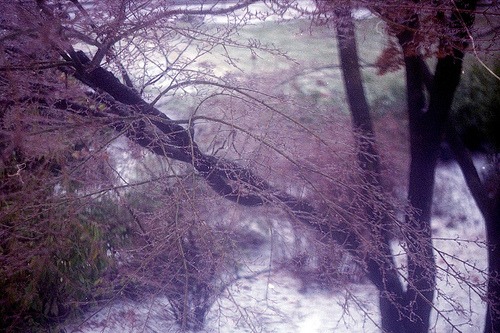 The camera Mark has a very hazy lens and is jammed up - so he can’t even go in to clean it. The haziness (as demonstrated above - in Mark's images) does give Mark  a nice soft-focus look. Surprisingly these cameras fetch between 70 and 80 dollars on ebay! 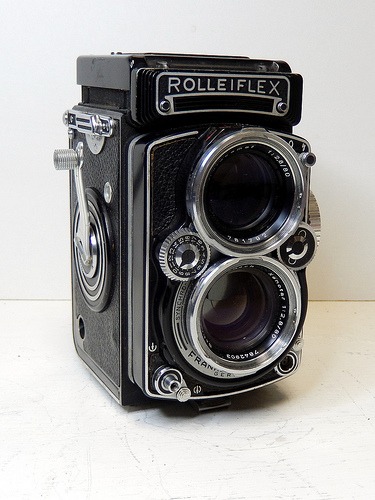 Finally to top it all off is the beautiful Rolleiflex 2.8E, the Cadillac of fixed lens Twin-Lens-Reflex (TLR) cameras from the era. The E series of Rolleiflex line were produced in the 1950s, and featured Carl Zeiss or Schneider optics.

You can also adjust the waist-level finder to an eye level finder which also corrects the reversal you get with the waist level finders. Today these cameras can fetch up to $1,000 used or if you have $5,400, you can pick up a brand new version of the camera.

What a Year! 2013 has been a fantastic year for the FPP and 2014 is looking even better! We want to thank everyone who has donated, written a letter to the show, participated with FPP events! We’re looking forward to next year! Until then, have a safe and happy holiday season!

Shoot, post to our Flickr pool and always feel free to write us. We’ll be back on January 1st, 2014 to kick off the new year!
e-mail: Podcast@FilmPhotographyProject.com
Pen to paper or donations:
Film Photography Project PO Box 152 Butler, NJ 07405 USA

Featured music on this episode: 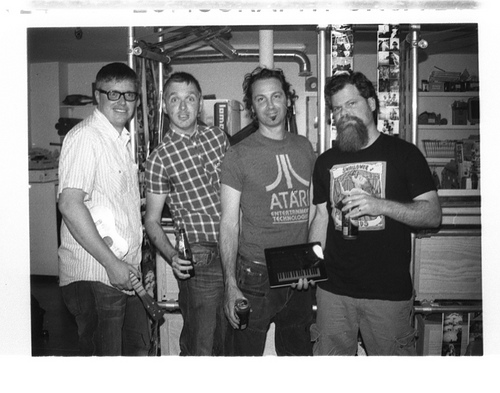 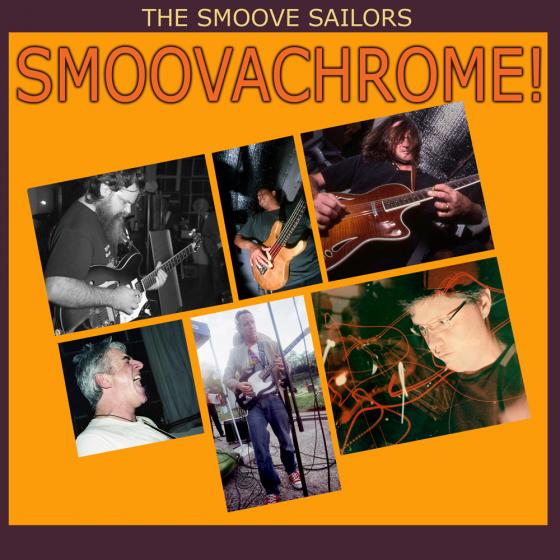 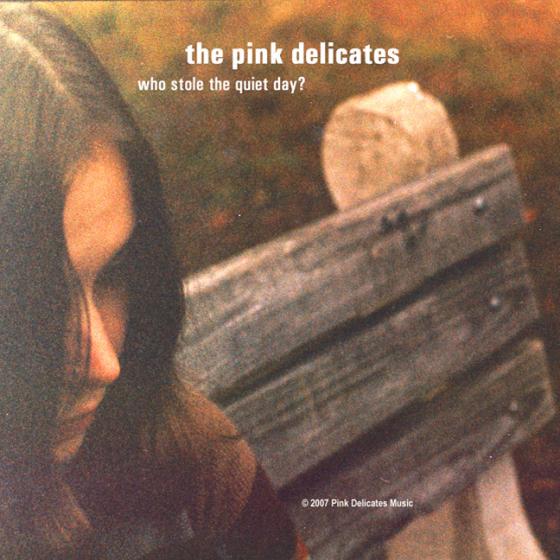 That's it for this marathon episode! We'll see you in two weeks!