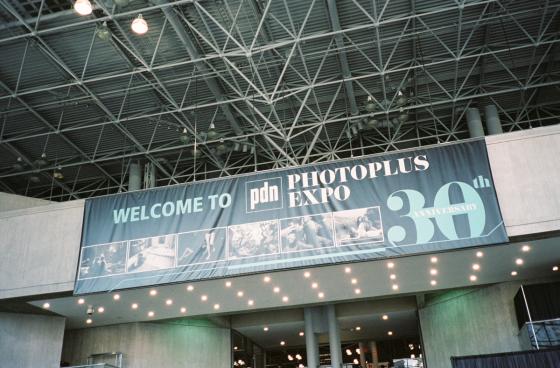 On today’s show join Michael Raso, Leslie Lazenby, and Mat Marrash, along with Hunter “Man-On-the Street” White as we get the news from the PDN Photo Expo. Plus Printing your Work, the Baby Brownie and 127 Film, Camera Giveaway, Listener Letters and more!

Kicking it off, Hunter reports from the Jacob Javits Center in New York City for the Photo District News (PDN) Photoplus Expo in New York City. No stranger to the FPP, Hunter first caught up with Phil Steblay from TheDarkroom.com, a mail order photo lab in California that offers its services world-wide.

The Darkroom has seen a major upsurge in processing requests and has been busy upgrading their faculties to better support the new demand. They also recently started processing sheet film and have teamed up with Ilford to create Ilford Lab USA, providing traditional B&W film and Printing services. The partnership could never have been better for the company, Phil says, as it has only increased the level quality from their processing and printing services.

Next up was a trip to the Freestyle Photographic booth to speak to Patrick DelliBovi. They have noticed a huge upswing in alternative and mixed media products. They even have products to help those who don’t shoot traditional film medium. For example, Aristia offers an inkjet overhead transparency that you can create negatives from your digital files - either from your digital camera or film scans in a few simple steps. Looking for a consistent UV light source, Freestyle has portable UV sources as well to go along with all the chemistry needed for the processes. 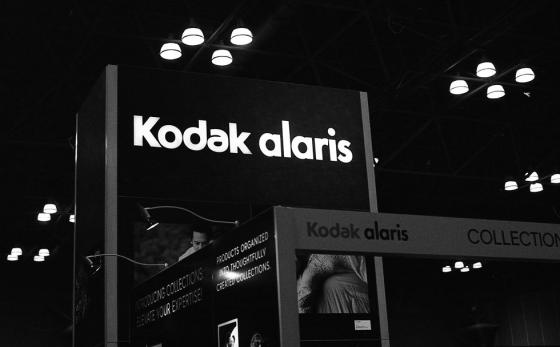 Next up, Hunter interviews Tim Ryugo from Kodak Alaris. Kodak Alaris is the new Kodak film division owned by the Kodak Pension Plan in the UK - the Kodak name we all recognize, Alaris stands for small, fast, and easily adaptable to changing situations. Tim indicated while there are no plans to add new film stocks to the product line they are committed to continue production of all current lines of films. Tim handed over a pile of film from their current offerings to giveaway right here on The FPP ( https://filmphotographyproject.com/giveaways )! (If you’re reading this in November 2013, check out the giveaway section for a chance to win some film!)

Just as they were turning out the lights on the show, Hunter catches up with Brandon Remler from Fujifilm USA! Fuji is riding high on their Instax line of film (with two new models to choose from) and notes that Fuji remains one of a few producers of E-6 films in 35mm, 120, 4x5 and 8x10. Fuji also turned over a bunch of Chrome film that you can win by signing up in the giveaways section!

Coming back to the studio we rejoin Michael, Leslie, and Mat, to discuss the latest camera giveaway – the classic Canon TX 35mm SLR. The camera comes with two lenses and was donated by FPP listener John Smith. 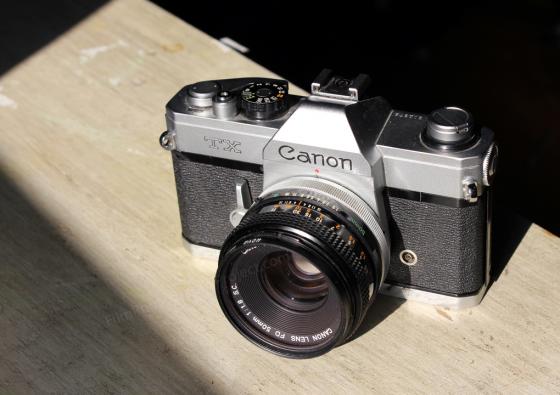 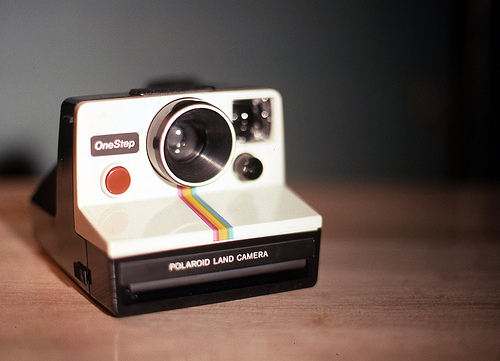 I Want That SX-70 Rainbow Camera! E-bay and Etsy Buyer Beware! Everyone’s favorite iconic Polaroid - the rainbow SX-70 OneStep camera may not perform as you wish -  due to their age and low build quality (remember, these cameras retailed for 19.95$ in 1977!) Your best bet is to test the camera first before hand, carry an empty film pack to make sure the motor sounds good and the shutter fires before you drop a 24 dollar pack of new SX-70 film (by Impossible Project).

127 Film! Leslie has a wonderful little camera along with her, the Kodak Baby Brownie, the camera was in production from 1934 to 1952, a beautiful art deco styled 127 film cameras. The camera was designed by noted art deco designer Walter Dorwin Teague, who designed several cameras for Kodak. So what is 127 film? It’s a middle range film stuck between 35mm and 120 film in size. Negatives would be in 4x4, 4x3, and 4x6 sizes. Introduced by Kodak in 1912, 127 saw mainstream use until the 1960s but still today you can get b&w and colour negative film stocks in the 127 size through Blue Moon Camera and Freestyle Photographic! If you have a Patterson reel, there’s a middle setting to accommodate 127 film for home processing, or you can send it off to Blue Moon or the Darkroom for processing. 127 cameras weren’t limited to simple box cameras - Yashica and Rollei produced beautiful top of the line 127 TLR cameras (Yashica-44 and Baby Rolleiflex).

PRINT YOUR WORK! In today’s world of digital options to display your work, the idea of a print has mostly gone by the wayside. For those who don’t like to head out too much in the cold during the winter months, it’s the best time to dust off that enlarger or UV light source and get to making prints from your work. If you don’t have a darkroom or know how to use one, send your work off to a local lab to get prints made or on your own inkjet printer, because, as Mat says, there’s nothing better than seeing your work in your hands or even better matted and hanging on a wall. Printing also helps you edit your work down to show off your very best. Don’t want to investing a darkroom, try out some alternative processes that just rely on UV light (provided by the sun) to make your prints. Or you can sign up for a darkroom course at a community college or community darkroom. If you’re willing to make the drive, sign up for a one-on-one workshop with Mat! For those in Canada, a new community darkroom in Peterborough has started offering darkroom courses as well! Know of any others, please shoot us an email! Podcast@FilmPhotographyProject.com 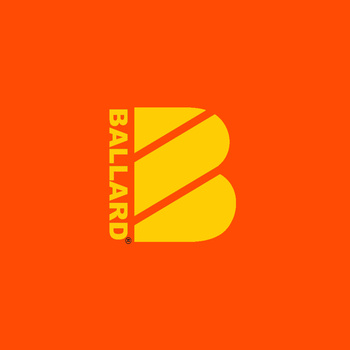 This episode’s closing music is by BALLARD (our good friend Darren Riley) and Pink Delicates (from their first LP “Who Stole the Quiet Day.”