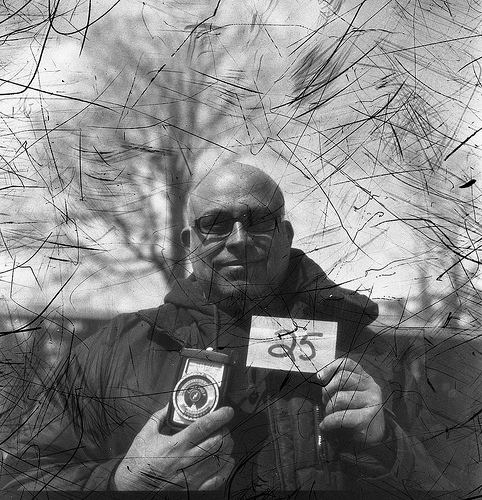 May 1st (that’s today!) is International Communist Camera Day (ICCD) so dust off your Smenas, Lomos, Kievs, Zorkis, Lubitels, and get out there and shoot, then join the Flickr group and post your photos Commrades!

Speaking of Communist Cameras Mike shows off his new Keiv 6c (which Mat was shooting with at the Walking Workshop), this medium format SLR shoots 120 and 220 film in the 6x6 format, features interchangeable prisms one of which gives the camera full TTL metering, although you have to do all the settings and the focus manually. This was a Soviet copy of the Pentacon Six made in the Arsenal Factory in the Ukraine during the Soviet era. The camera features full interchangeable using the Pentacon mount, so there’s plenty of lens available for it, Mike’s came with a 90mm f/2.8 lens. He loves it, it’s big, hefty, but has a solid feel to it. But like many Keiv’s it came with problems, but they’re all very easy to fix especially with the help from Rick Olesen’s site.

Listener Mark Hargest writes in and wants to know more about the New Topographic Movement. The movement grew out of a photo show that was at the George Eastman house back in January 1975 the exhibit featured images of the new American Landscape, specifically man’s effect on the landscape, often featuring rotting factories, and old buildings. It inspired many photographers to start capturing similar images across North America and Europe and beyond. Urban Exploration photography grew up out of this particular movement in the early 21st century. 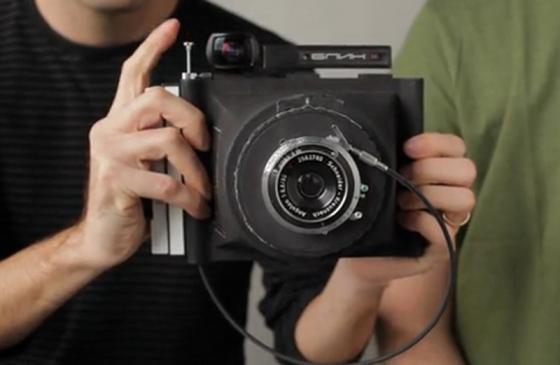 May 2nd (tomorrow) is the final day to support the Travelwide 4x5 camera Kickstarter campaign. The Travelwide (pictured above) is a compact 4x5 camera based around a 90mm (specifically the Scheider-Krucsnack Angulon 1:6,8/90) or an event wider 65mm lens. Mat even knows one of the guys behind the product put out by the company Wanderlust out of Chicago. The company is known for their pinhole adapters for digital cameras. So this is a first for them. If you throw in $99 (+ $40 for shipping outside the US) you’ll get one of these neat cameras when they’re produced! And Mat’s even happier with the possibility of an 8x10 version of the camera.

Support the FPP! The FPP is your source for film, and the prices are the best around. We have a wide selection of Ilford, Fuji, Impossible, Kodak (duh!), and Lomography, in every size from 110 to 8x10. Fanastic customer service and fast shipping rounds out the wonderful experience you’ll get from the store! (not to mention FREE film stickers!) 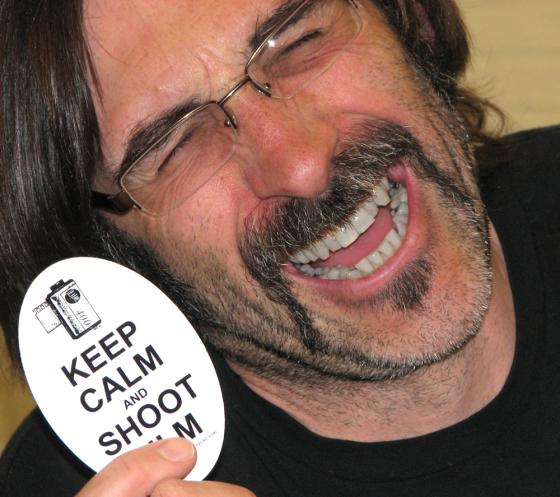 The latest thing in large format photography is X-Ray film, we’ve talked about it a lot on the FPP, and Mat’s been leading the charge. However the main trouble with the film is that it’s very easy to scratch the emulsion. Mat’s solution is using Hangers and Tanks to process them. The tanks are easy to find, however the hangers are getting more scarce as they’re no longer produced. Another option is tank processing, there are plenty of tank options out there. Mat warns against using the Yankee System, recommending Jobo or Patterson. In fact a company in the UK created a system for the Patterson Super System tanks to process six sheets of 4x5 at the time, the MOD54.

The whole idea with X-Ray film was to create this dense negative which is much better for doing alternative processes, Carbon Printing, Van Dyke Brown and the like that uses the UV light rather than a traditional enlarger to create the prints. And you can get x-ray film in 4x5 and 8x10 right here in the FPP store! And with the cost per shot being really low you can really experiment and get creative with the stock.

Continuing on the theme of Large format, Mat offers some tips on Large format lenses, unlike medium format and 35mm lenses most are fairly modern being produced no earlier really than the 1940s or 1950s. Large format lenses however can date all the way back to the late 19th century. And although the lenses produce some interesting results, Mat highly recommends buying modern glass. The shutters are better, the glass in coated (for better colour photography) and they’re not that expensive anymore. So where do you find deals on these lenses, our friends at KEH have a fantastic selection of Large Format lenses available and they’re in top notch condition, and at a better price than ebay.

If you’re just getting into Large Format don’t be scared! Just keep practicing, confidence comes with practice, don’t be discouraged.

That’s it for now! But we’ll be back in a short two weeks! In the meantime, write, call, and check us out on Facebook and Flickr. And most important, get out and shoot!