The internet radio show for people who love to shoot film!

On this show: Minolta Madness, What’s New with Impossible Project, the Plastic Filmtastic Debonair and Lomography (What the Hell is it).  Hosted by: Michael Raso, John Fedele, Mark Dalzel, Mat Marash with Lauren Bagley, Kevin Nublung, and Man-on-the-Couch Hunter White! 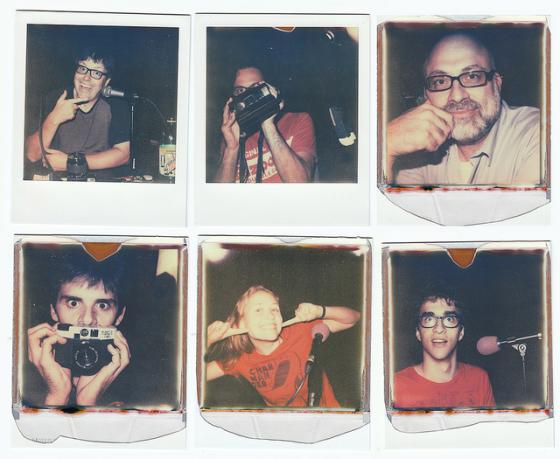 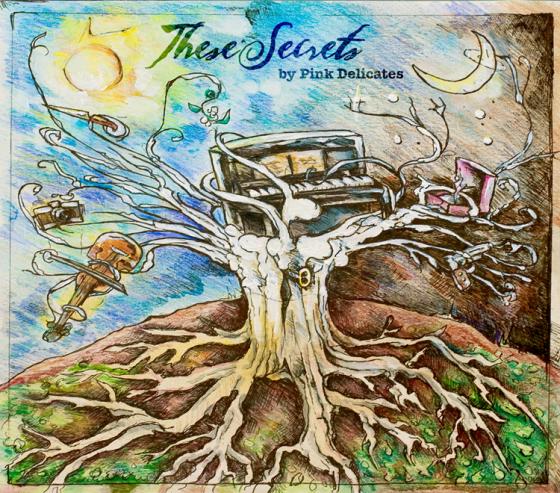 A favorite of FPP listeners has been the music of The Pink Delicates! Not only is John Fedele in the band but the music is awesome! After three years in the making Pink Delicate Fans can finally get their hands on the new album! Many tracks you’ve already heard previewed here on the FPP but now you can purchase the whole thing through iTunes. Plus as an added bonus, the album art was done by none other than FPP fav Lauren Bagley! 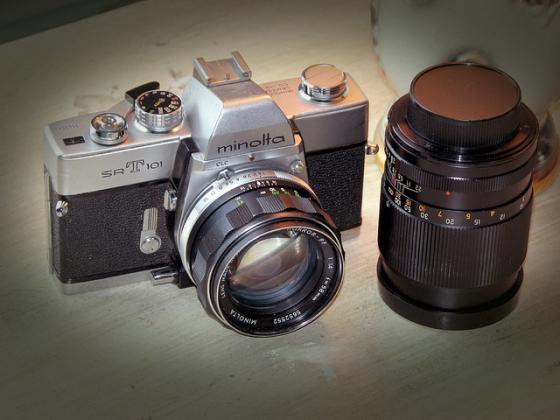 Michael Raso sticks to Canon, but Mark Dalzell has gone with Minolta for his camera system. It’s cheap, he explains, you can get a 50mm f/1.4 lens on Ebay for twenty bucks. The glass is good, the cameras are fairly solid, so what’s the catch Mat asks. The cameras do have a tendency to seize up but they’re fairly easy to fix, as Mark can attest, explaining he’s had issues with his XG-M. But for a starter camera they’re fantastic, solid lots of both electronic and mechanical options available. And there’s even a Minolta SRT-101 up for grabs in this month’s give-away, complete with a 50mm and 135mm lens, so head on over the giveaways section and sign up! The SRT series was a line of all mechanical SLRs that stretched from the 1960s to the 1970s. 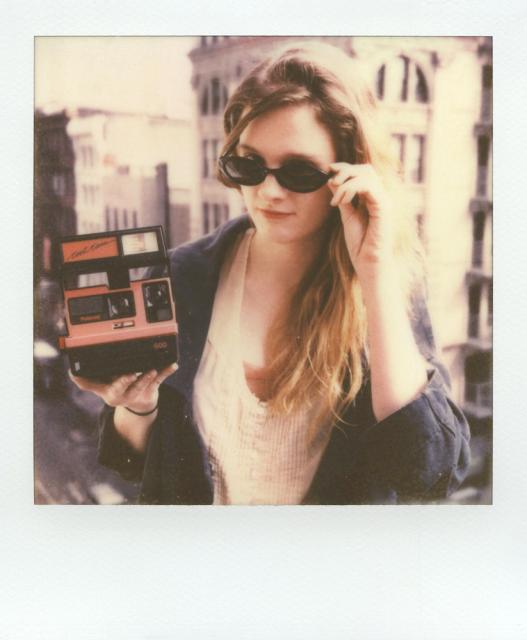 Man on the Street, Hunter White is on the prowl again, looking for what’s fresh and new with our friends at the Impossible Project where things are really starting to pickup. Josie Keefe lets us in on a few new things happening. The first and biggest news is the new Color Protection Film from Impossible, available now for the SX-70 and 600 type cameras with Spectra coming in November of this year. Color protection brings back exactly what we loved about the original Polaroid formulas, the ability to watch the film develop, yes, no more need to shield the film! It’s the best film to come out of Impossible to date, although the development time is still fairly slow, the color saturation and reproduction are amazing (and the images are sharp).

Also this year on the film front is the release of the 8x10 PQ line of films, and through the valiant efforts of the Pioneer members will have a much more stable product with the first production run of the film stock. But the biggest announcement from Impossible is the development of the FPU (Film Processing Unit) for SX-70/600 film stocks. This opens up so many more possibilities for Impossible, its lead to the development of the Instant Lab. The Instant Lab allows you to duplicate your iPhone photos right off the screen onto Impossible Film stock and with their kickstarter at over double the required $$$ amount, Instant Lab will be ready for production in early 2013. Also the FPU will allow for the development of two new Instant cameras, a viewfinder type and a pinhole type again both will be ready in late 2013.

These are perfect starter cameras if you want to get into medium format photography. They’re nice and simple; two shutter speeds, zone style focus, and even a hot shoe. They’re perfect for someone looking to get into toy camera photography or as a gift to someone who likes that style. Best part, only twenty bucks from the FPP Store!

Along the lines of toy cameras…Mat gives us the scoop on what is this whole Lomography thing about. They’re mentioned a lot on the show; many meet-ups have taken place with a visit to their stores in London and New York, but what’ the history of the movement? It all started in Vienna, Austria. In the late 1990s a group of friends discovered this odd Russian Camera, the Lomo Compact Auto (L-CA) in a camera store and started experimenting with off the cuff, unorthodox styles. But this underground movement quickly grew and more and more people wanted to get these Lomo cameras, and soon more and more people joined in, different cameras, and eventually a global movement was birthed.

They’re dedicated to the experimental and creative, shooting, not thinking. They operate several stores and galleries around the world, hosting events, workshops, and shows. They provide lab services and even brought back the 110 format. They recreated the demand for film with savvy marketing that many companies should pay close attention to. You can also see an interactive timeline of the Lomography Movement here!


The countdown is on, FPP will be invading the PhotoPlus Expo on October 27th at the Jacob Javits Centre in New York City, if you haven’t already register today (it’s free), and come and join us, keep an eye on the thread in the flickr group for more details.

We’ll be back on the air in Two Weeks!