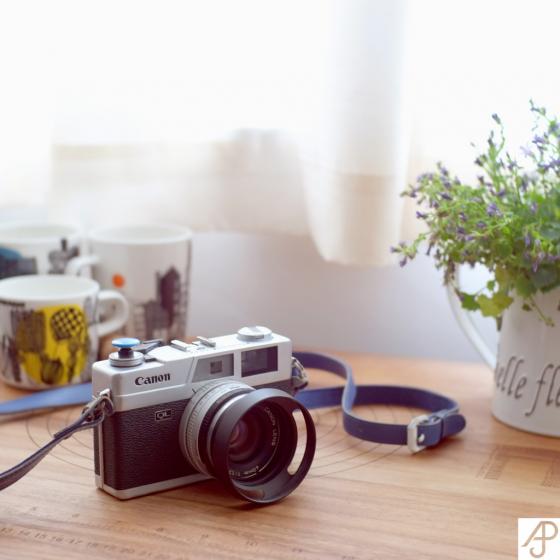 Getting back in the FPP Groove, with Michael Raso, John Fedele, Mat Marrash, Mark Dalzel, FPP Man on the Street (comes in from the Cold) Hunter White and drawing off mic Lauren Bagley!

On today’s show a pair of interviews, first with the a Brett Abbott, photography curator of the High Museum of Art and Celebrity photographer Editta Sherman. 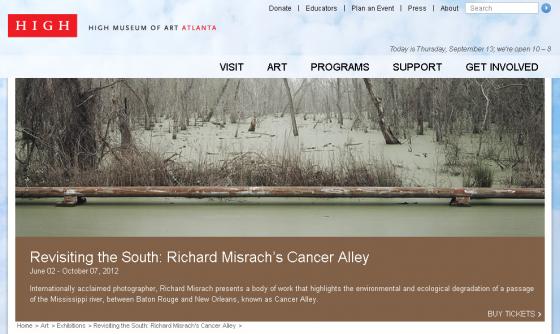 Back from Atlanta, Georgia is the FPP Man on the Street Hunter White, who has had a busy summer hitting the streets for the FPP, recording interviews including the one with the KEH Camera Super Store On-Line  and today he brings us to the High Musuem of Art Atlanta. Hunter talks with the curator of the photography collection Brett Abbott. The High has seen a lot of growth in the past decade, including their extensive photographic collection. The collection at the High started in the 1970s and thanks to the help of photographer Lucinda Bunnen, the collection expanded through the 1980s and 90s and today.

Hunter noted that the High has a unique way of displaying photos. Brett explains that he likes to see photos displays in two methods. The first is displayed alongside other art forms of the era (to give the viewer a context for both and to expose them the different mediums). The other method is photos on their own but in a body of work, not just one or two pieces in a bigger collection, but large collections of an individual photographer’s work. If you get a chance, or find yourself in Atlanta, make an effort to stop by the High. You can check out their current exhibits here: www.high.org 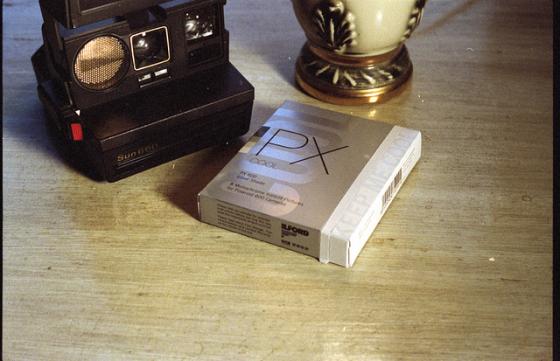 The Impossible Project is at it again, this time bringing back the one thing that made Polaroid special - the ability to watch your photo develop in front of your eyes. This is the one thing that hasn’t been done with Impossible films - until now. Mat chats about the two test films from Impossible with a new opacification layer. This layer blocks out UV light that would expose the film when it first pops out of your camera. With this new film (not yet available to the public), you no longer have to shield your film right out of the camera.

The time to get a Polaroid is now, the next generation of film is here. Why not wander over the FPP Store if you don’t have one! Plus FPP stocks Impossible film for your Polaroid camera too! 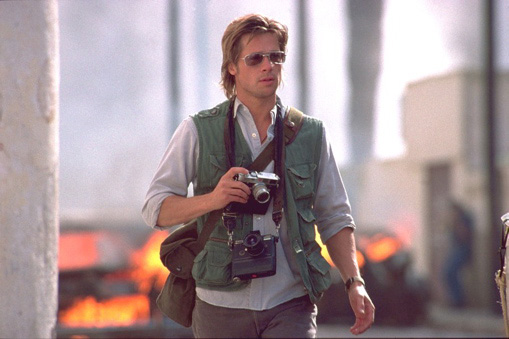 There’s lots of big names out there that shoot film, A-listers like Brad Pitt, Jeff Bridges, Johnny Depp, Patti Smith, but how about the person who photographs the classic celebrities on film? 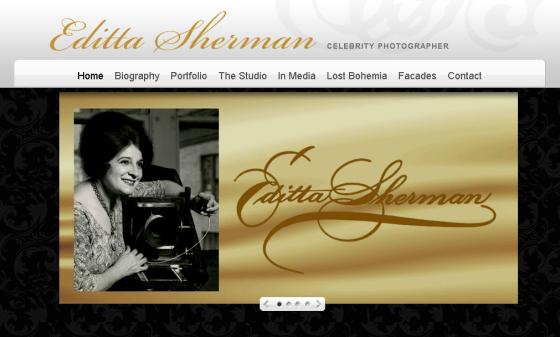 Meet Editta Sherman, who worked in the mid 20th century out of her studio above the famous Carnegie Hall in New York City. Editta just celebrated her 100th birthday and shot the A-List celebrities of the classic age of Hollywood. She worked in 8x10. Not only was she herself a photographer but was sough after and shot by other famous photographers such as Andy Warhol. She was unique in the fact that she would never talk about work with the actors, but would rather ‘talk about the weather’ and other small talk. These days, Editta turns her attention on helping to support young photographers with a charitable foundation. Editta's favorite film - Kodak! You can check out Editta online at: www.edittasherman.com

Scanning E-6 film is  tough to scan due to its narrow latitude. If you’re under exposed or over exposed by even less than a stop you’ll start to loose details in shadows and highlights. If your film is expired, this is even worse and any issues with the slide itself will make scanning it very difficult, especially with a flatbed scanner (which most of the FPP gang uses). Even Hunter finds it difficult using his school’s (SVA) Imicon scanners. What’s an Imicon? Well it’s the step between your high end flatbed scanners and the Drum Scanner. With the topic of drum scanning, a letter from Tim Parkin is brought up, Tim is a landscape photographer in the UK and also runs a drum scanning server (site), and has done work for FPP Super-Friend Donker Dave. Tim Parkin made an offer to give FPP Listeners a 20% discount if you mention mention the FPP when sending in film for drum scanning! That’s a huge discount – easily 20-30 dollars. Check it out at Cheap Drum Scanning 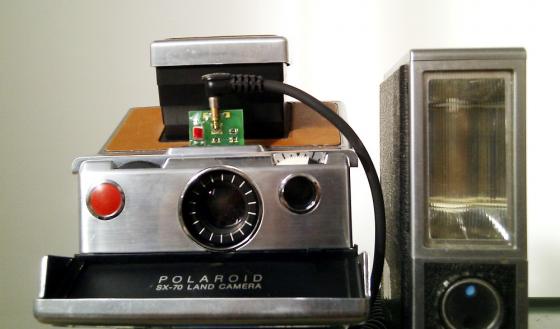 Mark Dalzell mentioned to Mike Raso during"The Shoe" that he isn't using the SX-70 "Mint Flash" but instead has been using the ingenious sx-70-to PC adapters. They debated whether they're still available. This just in from inventor and FPP listener Georg Holderied..."Yes!" You can get your very own SX-70 PC adapter here - http://www.sx2pc.com/ 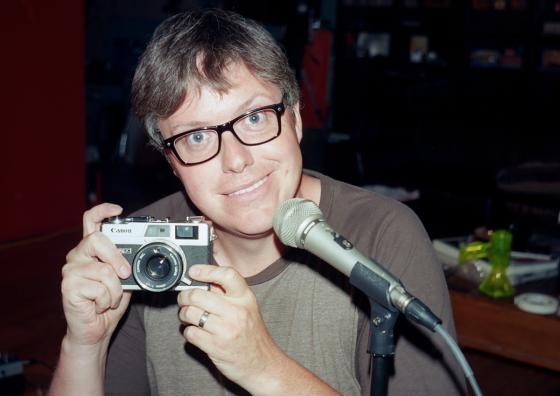 Sometimes cameras just fall into your lap and that’s what happened to Mark Dalzell with his Canon QL17 GIII which his mom found (along with an SX-70 and Zeiss Ikon) in her basement. It’s a cult camera, Mat explains, and highly sought after by street photographers. Mat himself knows several such street photogs that go around the world with several QL17’s on their persons. The camera itself features a 40mm f/1.7 lens, a quick loading feature (no need to really fumble with the film), and a leaf shutter (X-Sync on a flash at all shutter speeds). The QL17 even has a focus bar to keep your fingers away from the dials that adjust your settings. If you're itching to add one to your collection, head over the giveaway section on the FPP site, because we’re giving one away! 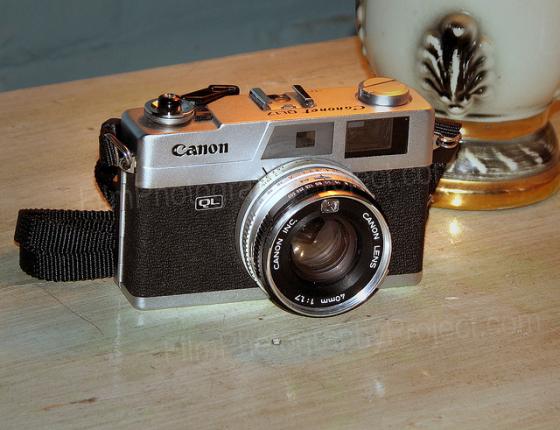 above: Cult Camera in the Flesh! - The Canon QL17 GIII Rangefinder - We're giving it away with some Kodak Film!!!! 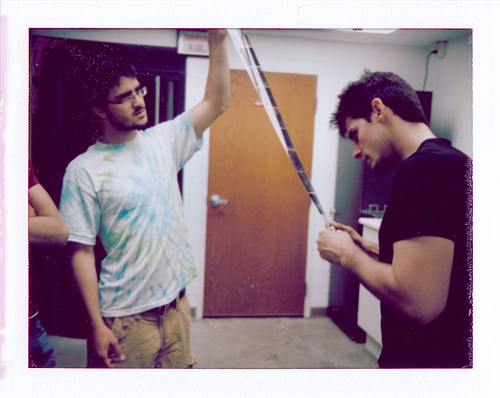 Darkroom Tips are back! Everyone’s asking about chemicals, where to buy them, who supplies raw ingredients to mix your own? Mat gives us the lowdown. Basic photo chemicals, already mixed - you can get at any major photo dealers, but stick to a reputable source. Also make sure you can get them shipped to you. Freestyle, B&H, Adorama, Photographer’s Formulary, Henrys, Vistek. But if you’re the adventurous type and want to try mixing up your own chemistry, Mat gives the low down on where you can get the raw materials needed. Mat uses for the most part Artcraft Chemicals in New York. They stock everything you need to make any formula from Dektol to Collodion. Another good source for chemistry is Bostick & Sullivan. If not in the US, you will need to find a local in country supplier for these chemicals - the google will yield results. If you’re looking for actual formulas, check out The Unblinking Eye or pick up a copy of The Darkroom Cookbook.

Continuing on the topic of chemistry Mat’s been using a new fix, called TF-5 (Available from the Photographer’s Formulary). It’s alkaline based and has next to no smell (Hunter likes the smell of fix!) (when mixed with distilled water), as it’s alkaline based, there’s no need to use a hypoclearing agent, and it works great with film and paper. Mat recommends using it with a water stop bath.

The Brick returns - better known as the Argus C3. "The camera from Harry Potter (Second Movie)," Lauren chimes in. The camera was a gift from Leslie from Imagine That! in downtown Findlay, OH. Complete with a flash (Brick and a Stick).

An Australian listener brings up the topic of looking for a camera in Japan, Mat, who has been to Japan, says that he should check out the Sengoku district of Tokyo, that’s where all the good camera stores are located. Or if you want to stay home, contact Japan Camera Hunter. 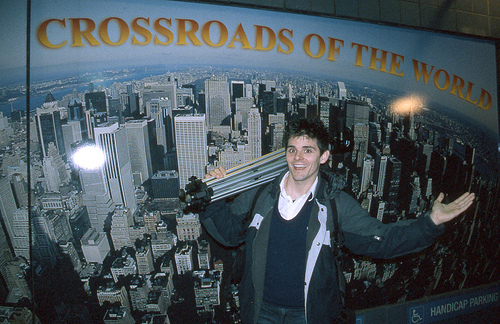 The NYC PDN PhotoPlus Expo countdown is on. The event is October 24 - 27 in New York City. Registration is FREE is you register NOW. FPP will be there is full force on Saturday, October 27th!

That’s it! We'll be back in two weeks, two weeks (Tweeks, Tweeks, you sound like a bird)!