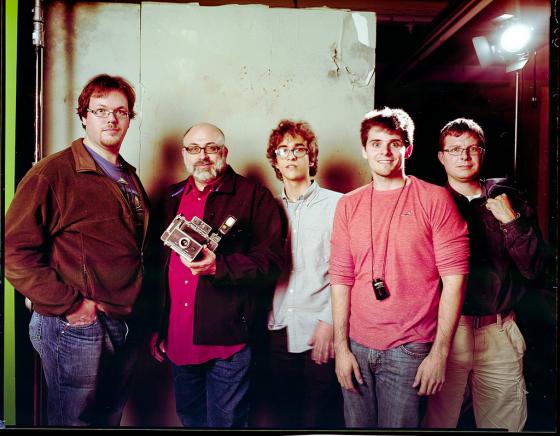 Sub-Miniture! Top 12 Film Cameras! Panoramic! Listener Letters! AND MORE!
Put on your science hats as Dan goes into a discussion on the science behind photography. What makes film sensitive to light, and how the development process works. From the developer and the reducing agents, that help the silver crystals grow. The two types of stop bathes, acid or water, and the fixer that removes the film’s light sensitivity. Once you know how it all works, you can make your own developer to suit you needs.
If you want to know more or are just curious and want reading material, you can check out:
Modern Photographic Processes by Grant Haist

or the Darkroom Cookbook by Steve Anchell

The gang works through American Photo’s top 12 film cameras for those who want to shoot film on a budget, using materials from KEH and online activity.

The list generated a discussion on the used camera market and haggling for used equipment at antique stores and garage sales.
YouTube Video for the Vivitar Film Camera Commercial (All those wires!!):


Hunter mentions a Ricoh Sub-Miniture camera which moves into the next topic of subminiature cameras working with film sizes smaller than 35mm, such as 110, Minox, 14mm, and 16mm cameras. Mat shows off a Mini Rolleiflex which uses Minox (Spy camera) film, the camera is nothing sort of adorable. We don’t know everything about Sub-Miniture format, if you know more please let the FPP know at podcast@filmphotographyproject.com!
Alex leads off a discussion on Panoramic cameras such as the Lomography Horizon series, the Spinner 360, and the Sprocket Rocket. Also the Noblex (Donker Dave’s camera), the Wide Lux, and various other cameras. They’re not cheap, but they’re fun.

FPP will be taking a break for the month of March but look for brand new episodes in April!