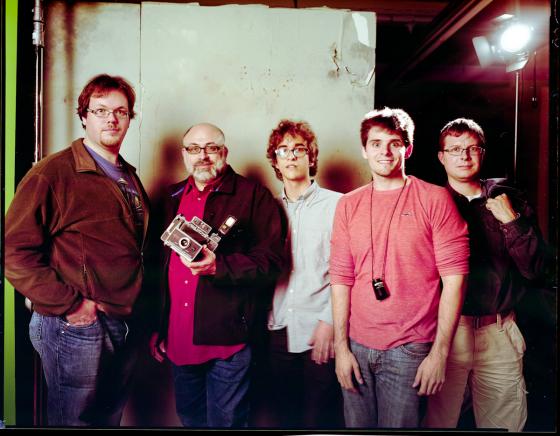 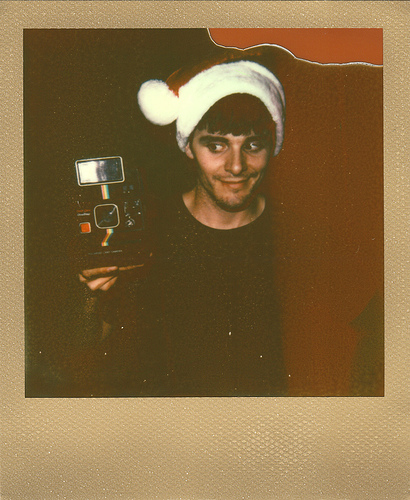 For those of reading who do not know, Polaroid stopped making instant ﬁlm in 2008, ending their 50+ year reign as the one and only instant photography kings. Fujiﬁlm in Japan picked up the ball by producing “some” instant ﬁlm for older Polaroid “pack cameras,” but a huge void was left as no company was producing ﬁlm for the millions of Polaroid SX-70 and 600 cameras in the world.

Enter The Impossible Project, a group of ambitious entrepreneurs who purchased the Polaroid factory in Enschede, Netherlands and hired some former Polaroid engineers. Their promise - to produce new integral ﬁlm for existing Polaroid cameras. Impossible has made good on their promises and has introduced the ﬁrst new color ﬁlm for Polaroid 600 – Impossible PX 680 Color Shade.

The film is very sensitive to light and it’s best to place the film in a dark, warm pocket after shooting. FPP Guys Mike and Mat take the step a bit further and heat the film under a 650 studio light while chatting.

While chatting Michael conducts an impromptu interview with Mat asking him how he got started shooting film. 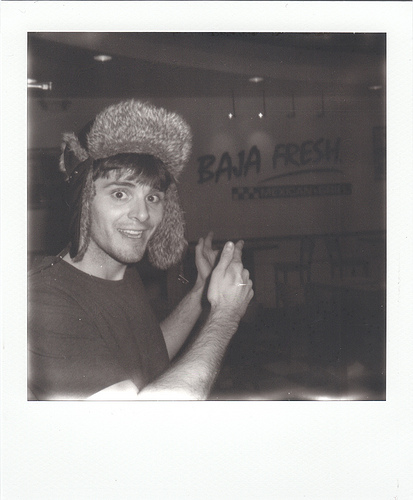 In December 2011, Mat helped organize a Polaroid Party at Findlay University. He recorded a bunch of interviews and the boys “roll the tape” while stepping at to the local Baja Fresh for a bite to eat.

The Gang’s All Here


After a brief break, Michael chats about the availability of fresh 110 film and processing, prints and scans from The Darkroom in California, USA.

The gang has a lively discussion on shooting people using tungsten lights in a studio.

Discussion about color transparancy (or slide) film. FPP is giving away chrome film!

The Nikon FM 2 Review
Alex gives a comprehensive review of this well-regarded camera. A well-used, donated Nikon FM qith a Tamron 35 – 80mm lens is being given away this month!!!