It’s our Mid-West Meetup spectacular! Host Michael Raso is joined in the studio by co-host Mat Marrash, special guest Dan Domme, and even live studio audience” Chris Fecio and Tom Schaefer! All crammed into a makeshift “on location” studio in the Findlay Inn & Conference Center in Findlay, Ohio.

Don’t forget that we have a new site for all things FPP - https://filmphotographyproject.com!  No kidding, we have videos, links to the Flickr group, a gallery, links to the FPP store, and even a simple way to enter giveaways. Chances are you’re reading these show notes on the site RIGHT NOW! How awesome is that?

FPP listeners have really come through for “Operation: Buy Film!” US pharmacy chain Walgreen’s has begun liquidating its 35mm film stock, and FPP has put out the call for listeners to start buying and sending in film to stock the Film Giveaway Vault.  In a mere week, the number of rolls we had received was staggering! 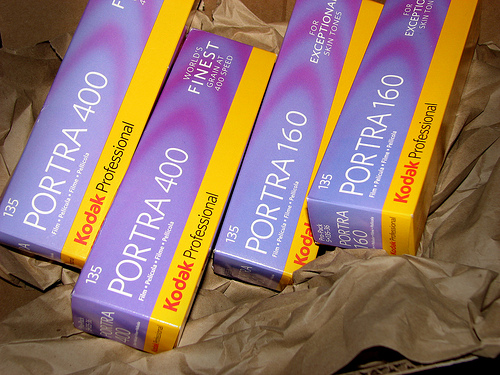 We LOVE Kodak Portra films! (And we’re not just saying that because Kodak handed us free samples.) The gang reads some reviews and offers some of their own experiences shooting these fantastic, technologically elite, brand-spanking-new professional films. Available now at your favorite film vendor! (And if it isn’t, do they really deserve to be your favorite?) You can check out both flavors:

But all that is just the beginning. This special 40th episode features a full set of interviews from the Midwest Meetup in Findlay, OH.  You’ll hear some familiar voices, such as Lauren Bagley, Dan Domme, Chris Fecio, Tom Schaefer, and of course main man Mat Marrash.  You’ll also hear some new voices, such as Jason Benning of Troy, Ohio, Dave Mahaly of Columbus, and Leslie Hunsberger, proprietor of Findlay’s own “Imagine That!,” a photographic specialty store.

Follow the gang around the streets of downtown Findlay for our photo walk, learn what happens when you combine pizza and Polaroid, and listen to Mat recount his experiences of getting to the big night of his gallery show’s reception. It’s such a jam-packed show that you’ll be left shaking... just like you had one too many cans of Mr. Brown!