On June 15th, we shot our First-Ever video of my Polaroid 300 camera review.

“His best-known invention, patented in 1982, was the Pro-Back, a Polaroid attachment for a 35-millimeter camera that gave photographers an immediate proof print, letting them test a shot without having to wait for the film to be developed. Mr. Forscher also created an early compact motor drive for still cameras.”

Here is another exposure guide at WikiBooks: http://en.wikibooks.org/wiki/Photographic_Exposure_Guide/Exposure_tables

Ukulele rocker Henrique Couto was our extra special guest. He just released his first CD. Folks who purchase his deluxe album get an exposed “mystery roll” of 35mm film. Henrique discussed his music and this odd film project.

Brian Duffy, whose photographs helped define the mood of the Swinging Sixties, has died aged 76. Together with David Bailey and Terence Donovan, Duffy formed part of the trinity of photographers who became as famous as the models, musicians and film stars they worked with. The Trackman called in to see if his Dad’s Ansco Clipper arrived at the FPP studio. The Anco Clipper camera was made in the 1940s in the UD and uses type 616 film. 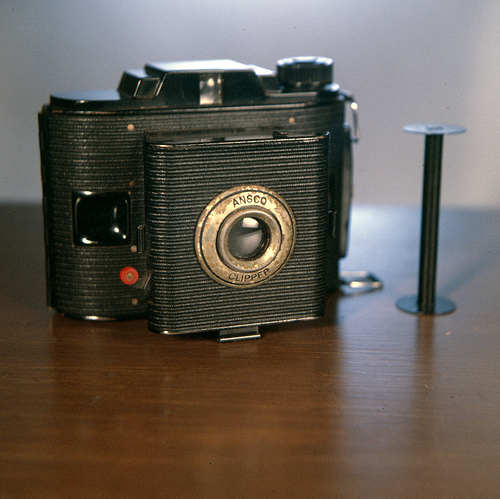 More on the Clipper at Camerapedia: camerapedia.org/wiki/Ansco_Clipper 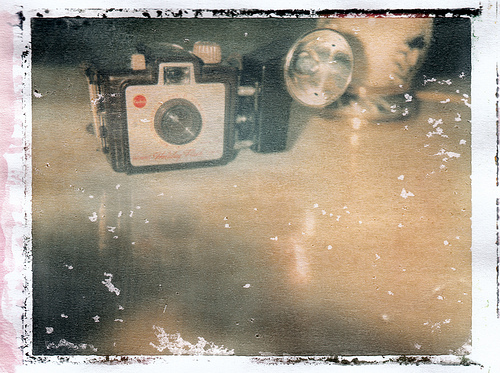 These cameras are very, very inexpensive on e-bay and if you’re lucky, you’ll get one with a “lagging” shutter – which will produce this dreamy effect. (Image Below) 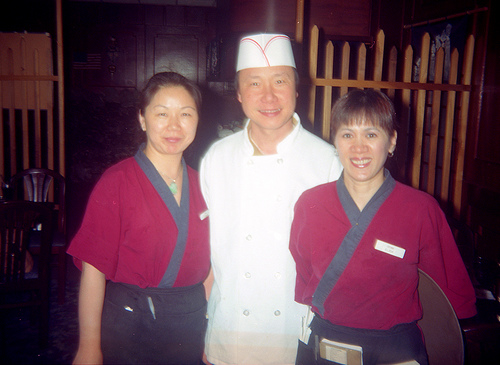 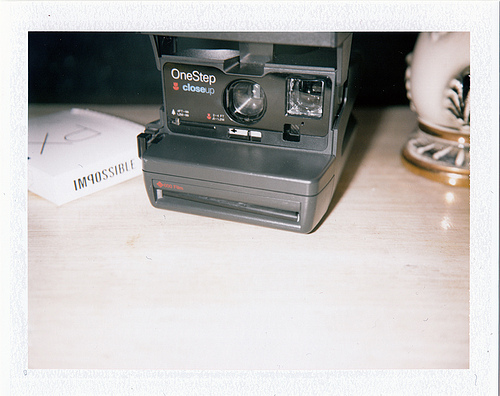 We’re giving away a Polaroid 600 One Step Close-Up Camera this month! Winner announced on the July 15, 2010 Film Photography Podcast.

Please get entries in by July 5, 2010. Missed this giveaway? Don't worry, just check out the latest podcast for more great giveaways.

We’re GIVING AWAY film too! 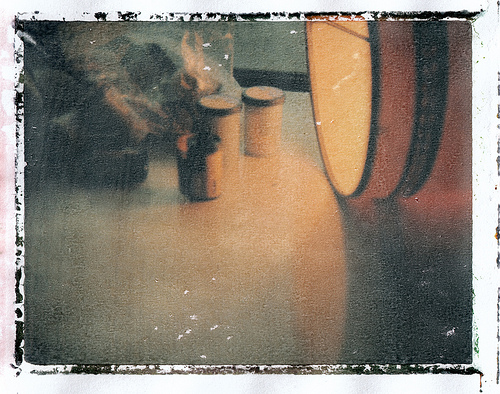 Only 6 months left to shoot and develop Kodak Kodachrome film 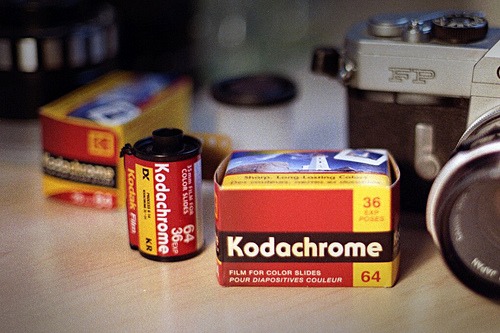 12/31/2010 is the last day that Dwayne’s (the only Kodachrome processor in the world) will process this discontinued stock. If you are committed to shooting a roll of 35mm Kodachrome, please send me an e-mail. If I have any left in my private vault, I’ll shoot a roll out to you.