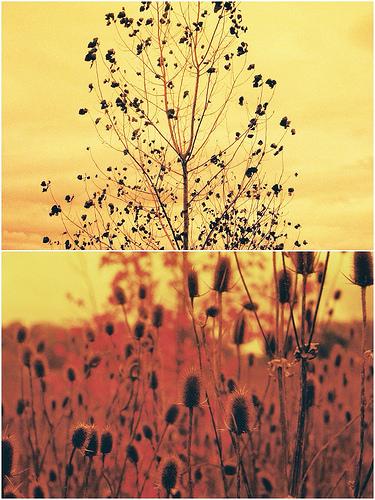 Dwayne's Photo processed and scanned these for me and I made some brightness/contrast adjustments.

What is Red Scale Film? "Redscale is the name given to a technique of shooting photographic film where the film is exposed from the wrong side, i.e. the emulsion is exposed through the base of the film. The name "redscale" comes because there is a strong color shift to red due to the red-sensitive layer of the film being exposed first." - http://en.wikipedia.org/wiki/Redscale