HomeAll PostsGalleryEmilia ~ “life is killing me”

Emilia ~ "life is killing me" 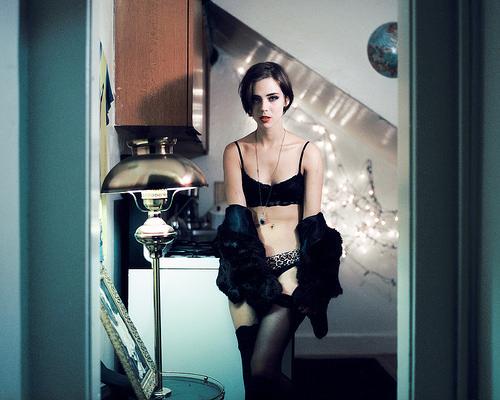 Emilia ~ "life is killing me"

Sandy said in Fall of 2014 (when this image was shot): "CineStill is an amazing film, tungsten based motion picture film, Kodak stock. The Brothers Wright have already been selling it in 35mm format, but there is now a Kickstarter to get it going into 120 format for our medium format cameras. I was fortunate enough to get to test some of this film out a few weeks ago.

I put it through some serious testing, I shot this photo at ISO 1000, with no push - in some extremely "nasty" tungsten light. Any other colour film would be absolutely ruined by this, and extremely heavy yellow/orange tones all over.

For me this film is very exciting because it opens up whole new worlds of possibility for me to be creative in."

All about CineStill film here.