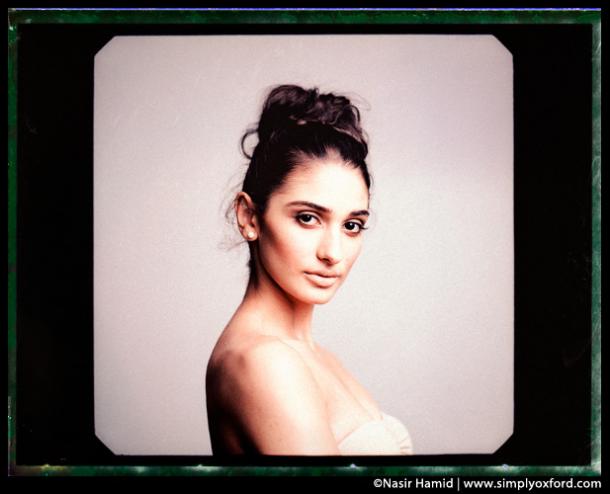 It wasn't until I peeled the pack film print that I noticed how much Ashley looks like Penelope Cruz.

Dan Domme's comments: This one caught my eye because of the contrast between the model's beauty and the rough edges left behind by a peel-apart Polaroid.  Could even be interpreted as something deeper - maybe a critique on the harsh realities of the fashion photography world?