D96 B/W negative developer has long been the standard B/W developer for the motion picture industry, and consequently was only available in very large quantities. I knew very little about Kodak’s D96 developer before Film Photography Project’s adventure into offering their version of it, but what I did know was that it was a developer used with black and white motion picture stocks. It also works well with modern T-grain and traditional films, but the original packaging was not practical for home darkrooms.

FPP D96 is a forgiving developer with more highlight control than others and gives a rather cine-inspired look. A lower contrast film developer, it has the ability to increase the contrast by increasing your developing times or agitation. We have tested this developer not only cinema films like FPP X2 35mm (Eastman Double-X), Owro BW, and films like FPP Low ISO BW, FPP Blue Sensitive Film but with standard B/W films like Kodak Tri-X. Kodak T-Max and Ilford FP and HP lines.

FPP has made D96 available in a quantity conducive to individual use. The package makes 1 gallon of developer, which is about a 50% savings over buying it by the liter and if you store it in 4 one-quart bottles it’s like getting 3 developers in 1, stock for re-use, stock for dilution for one-shot and a lower contrast bottle of used stock for hard lighting and high contrast films. 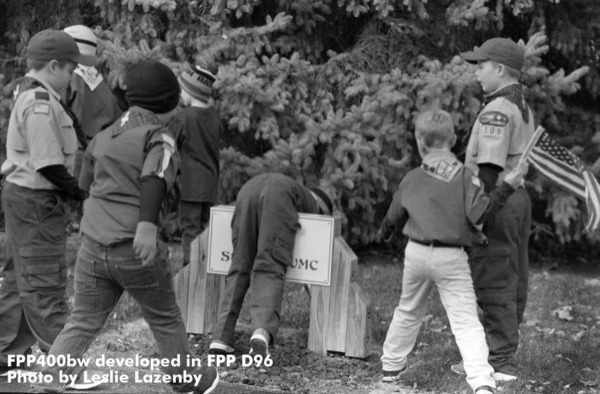 To get the most out of its long life, when you mix the gallon just store it in 4 one-quart bottles as mentioned above. As you use it and the contrast begins to lower on your first quart, start a second fresh bottle and save the first one for extremely contrasty lighting or films. We recommend using it as a stock developer, without diluting and pour it back into your quart container for re-use. You can also dilute it 1:1, but make sure you use fresh, unused stock for this and do not reuse this combination – it’s a one-shot! It’s a developer that will begin to lose contrast with use rather than completely exhausting and dying rapidly like other developers.

Regarding the time, we tested many films and found the majority fall within 7 to 8.5 minutes. The Massive Developing Chart has a D96 developer option as well. Many users report getting at least 50+ rolls from this quantity. It is an extremely stable product for use and for storage. 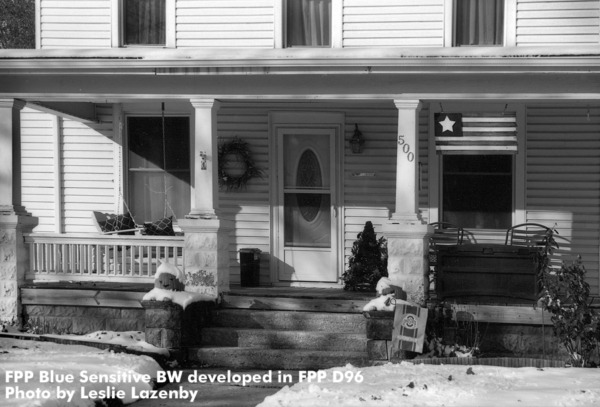 My experience has been nothing but positive with this developer. New FPP films like Wolfman bw 100, perform wonderfully – they not only looks better, but it scan with ease. I also notice an improvement on FPP X2 (Eastman Double-X) – both gained big points with this developer (as they should as it is a cine stock film, the rendition is beautiful).

I highly recommend giving D96 a try, I do not think you will be disappointed. I was pleasantly surprised at is performance and now include it as one of my favorite developers.

FPP D96 is available HERE at the FPP On-Line Store + at your favorite photography shop. Ask for it!