My Romance with Svema 35mm film!

What can I say...I Love Svema Film! I was introduced to it when Michael Raso sent me a few rolls. Up to this time I had only been able to try extremely expired Svema 64 film and it had acted like 40 year old expired film, grainy, based fogged and lots of speed loss.

The first fresh stock I tried was the Foto 200 B/W and if you haven't read my ranting and ravings on Flickr about it I will tell you - I LOVE this film! After seeing the first roll come off the developing reel I felt like this was the first time I had experienced the wonders of film photography. This is fantastic considering I have been processing film since......well........... lets say just say a few decades and then some. 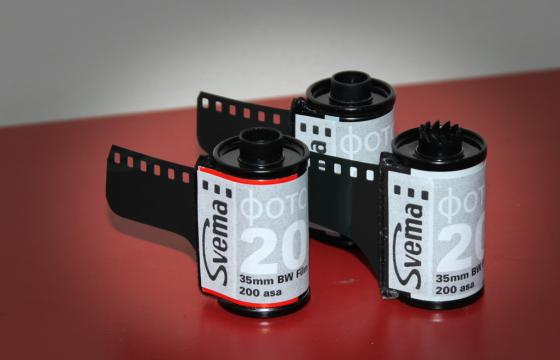 There is not a lot info about these films available so I was missing data one normally has with a box of domestic film. Such as:
1. Are people shooting it at box speed?
2. Is it panchromatic or orthochromatic?
3. Developing times for my favorite developer, Xtol.
4. Response to standard B/W filters.
5. Ease of scanning

As mentioned I tried the 200 first, it answered all my questions. Yes "box" speed it perfect. It is an panchromatic film, responding beautifully to B/W filtration. My best  guess on the Xtol times was only off a bit and still yielded beautiful scannable negatives. The 200 speed is on a very thin but tough polyester base. I really thought this was going to be a test of wills getting it on the developing reel but it was fine, although I would not want to use anything over a 24 exposure length. It will crimp easily if it hangs up or is forced so I would recommend using stainless steel reels for longer lengths.

The 100 and 200 are thin polyester based and the 64 and 400 are a thicker acetate based but still not as thick as T-max. They all processed beautifully in Xtol first time around, even with guessing at the times.

OK here it comes, why I love, love, love this film, the negatives scan easy, are sharp and fine grained and most of all this film dries with NO curl and NO cupping. Super flat. This is BIG, there was no fight using the irritating Epson negative holders, no taping the negs down to the glass to get them flat, just a breeze, such a pleasure to load and scan. My only negative, no pun intended, is with the thin polyester based films, they are a bit of a challenge to load in a Print File negative page, just be patient and take it slow. 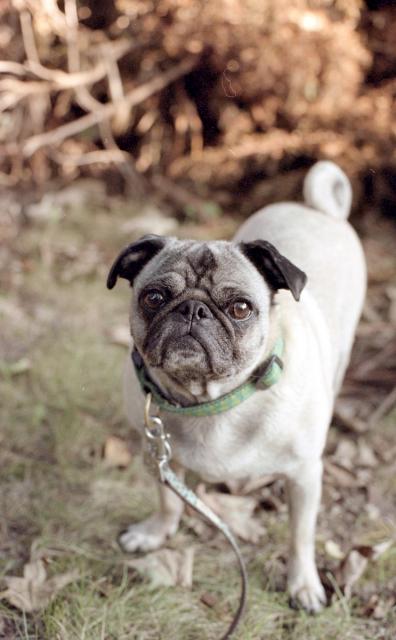 I had the Svema 125 color negative film commercially processed. The base is not nearly as orange as I am used to and I think this throws off the scanning when done with any automation. I was not overly impressed with the scans, when I got the film back I re-scanned the negatives selecting a neutral point. The images snapped into correct color while still showing the Svema's own color palette without issue.  It seems to run warm like a lot of European films do and yet the shadows run somewhat cool on the green side. It is not over saturated but has a softer look not like a consumer Fuji film or even Kodak's Ektar. It does have some latitude with over/under exposure but nothing like Portra. Overall it is a super fine grained and very sharp color negative film.

I am incredibly impressed with the Svema films I have used, I can't wait to test more. I can tell you my new, standard, go to film is the Svema 200 B/W with the other ISOs backing me up for different light conditions. The 200 just sees like I want my B/W film to see. I look forward to further testing with diluted developers and seeing how far I can push the speed limits. What fun.

Svema films are available in the SVEMA SECTION of the FPP On-Line Store.