The Leicaflex Standard was the first Leica Single Lens Reflex (SLR) camera produced by Leica.  According to Gandy's Cameraquest, approximately 37,500 were produced between the end of 1963 and 1968, although their presence on the market was from 1964 through 1968.  The Leicaflex Standard was Leica's answer to the unexpected - and wildly successful - transition of the professional market from rangefinders such as the Leica M-Series, Contax IIIa, and Nikon SP, to single lens reflex cameras such as the Canonflex, Nikon F, Pentax Spotmatic and their respective brethren.  Even Zeiss, famous for their rangefinders,  joined the SLR race in 1959with their gargantuan, expensive, and incredibly complex Contarex line.  Leica would not enter until 1964; by which point Nikon was nearing the release of the Photomic T - Nikon's first Through the Lens (TTL) metering camera in 1965, and Topcon was already well-versed in effect TTL metering on its cameras.  Leica's first entry, to put it gently, was the equivalent of entering the world kicking and screaming and clawing to stay a rangefinder at all costs. 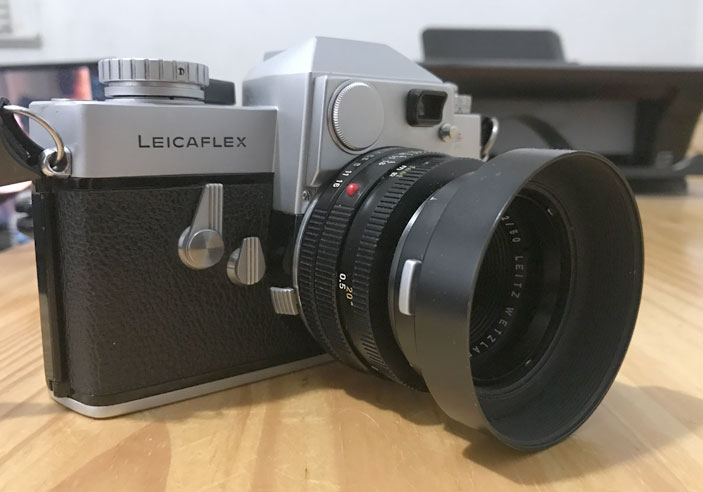 The Standard came in two incarnations: the Mark 1 and the Mark 2.  The Mark 1 is easily distinguished from the Mark 2 by its pie-shaped film counter and tripod mount which is held in by three flathead screws.  Moreover, the first 5,000 Standards (serial #'s 1080001 through 1085000 were further overbuilt with 4 screws surrounding the film plane area by the shutter screws.  The Mark 2 introduced "amenities" such as a 2-position advance lever that allows for the meter to be turned off without having to put the camera in total darkness.  The build quality of these cameras was demonstrative of Leica at its M3-era peak:  Cost-be-damned, individual parts and mechanisms instead of "combined for cost savings" mechanisms and a sort of love letter to the M and LTM lines, the cameras were handmade to a sadistically exacting standard that results in an SLR that focuses like an SLR, but meters like a rangefinder.  The result was an idiosyncratic camera rivalled only in behavior and quirkiness by the Zeiss Contarex that in 2017 is a great introduction into Leicas, but in 1964 was the first step towards Leica being forced to work with Minolta in order to survive.

Using a Leicaflex Standard to take photos is an experience if one is not used to how it meters.  Whereas modern cameras, and even its successor the Leicaflex SL (1968 - 1974), employed TTL metering for better metering accuracy (TTL metering is when the light goes through the lens into a meter somewhere behind the lens, hence the name), the Leicaflex Standard metered through a little eyecup in front of the prism.  Immediately next to it is where a mercury-cell battery - or in the modern era an air-cell battery - resides for the sole purpose of providing power to the meter.  That's right, just like the SL and SL2 (1974 - 1976) that followed, everything in the operation of the camera can be done without batteries.  The meter is a spot meter that focuses solely on the very center of the image at 28mm, is more spread out at 50mm, and only begins to meter the entire view at 90mm.  This makes sense since the original 4 lenses had focal lengths of 28mm, 50mm, 90mm, and 135mm when the Standard was first released.  Thankfully, the match and needle readout found in the SL is the same as originally in the Standard, making the transition between the 2 cameras easy - even if metering accuracy may not be guaranteed.  One thing to note with the Leicaflex Standard:  The Mark 1 – whose differences are detailed in the previous paragraph – does not have a meter on/off switch.  In order to turn off the meter, it needs to be put somewhere dark, such as a case or drawer; the Mark 2 has a 2 position switch that enables the meter to be turned off, thus extending the battery life. 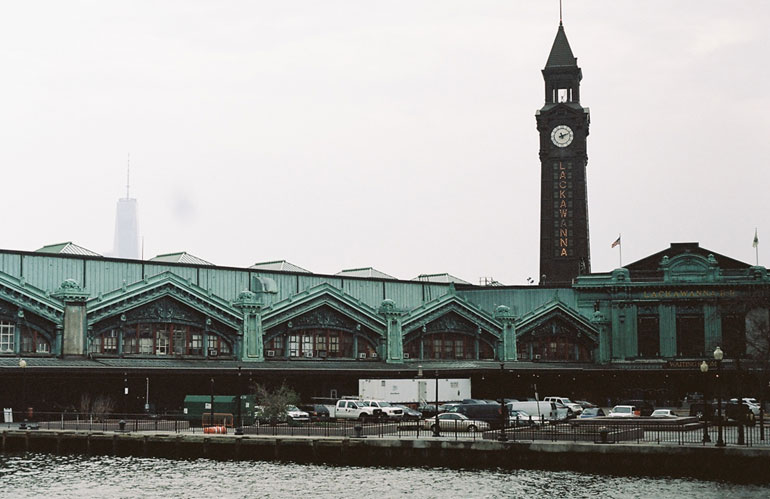 Knowing how the meter is a bit of a throwback to the 50s, how does the camera handle?  SOLID, is not the right word.  It is literally the photographic definition of a brick house.  Opening the camera back is not a spring-loaded affair as it is with the SL, but rather requires moving the switch from closed to open before manually opening the camera.  Additionally, closing the camera requires the lock switch to be put back into locked.  The camera stays locked through 2 small deadbolt-like pegs in the body. (Yes, Leica really did over-engineer this camera.)  The viewfinder is enormous, and uncluttered of LEDs, lights, etc., save for a match and needle on the right side of the viewfinder that line up when the shutter and aperture are correctly aligned and a small readout that displays the shutter speed.  There are no AF points to light up, no informational LEDs that only clutter the shooting experience, and the battery only feeds the light meter; the shutter itself is mechanical.

Focusing is solely center-focus.  Unlike the Leicaflex SL and SL2, which can focus anywhere on the groundglass, the Standard only has a groundglass-like area in the center of the viewfinder, necessitating a sort of focus-and-move approach.  This can mean that at faster apertures the movement to recompose can defocus the desired subject.  On the plus side, an enormous viewfinder with the groundglass means focusing is extremely easy and focus comes in quickly, assuming you can turn the lens quickly enough.  Even the 50mm f/2 has over 270 degrees of throw from closest focus to infinity.  It may take a while to get precise focus, but when you do, it will be laser sharp.  Such is the tradeoff for manual lenses from the 1960s. 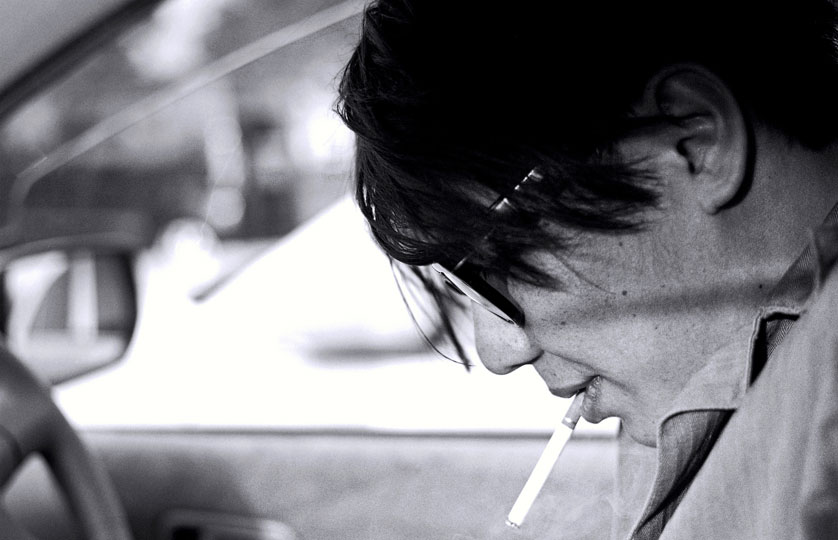 And then there's the shutter.  If you're expecting a Leica to sound like a Leica (ie: subtle, quiet, non-intrusive), then look elsewhere... the shutter is like closing the door to a bank vault - or a Mercedes 600.  Big, LOUD, SOLID.  At first I thought it was the mirror slap that was causing the thunk as it was in my SL.  The Standard has Mirror Lock-Up (MLU), something the SL and SL2 do not have, so I wanted to know if the source was the mirror or if it was something else.  I put the mirror lockup switch into position 3 and proceeded to take some dry shots.  The shutter in the Leicaflex is loud.   VERY loud.  In fact, it's not much quieter with the mirror slapping about than it is in MLU mode.  Oh well, this isn't an M3, and the shutter and the fact a Leicaflex Standard and 50mm f/2 Summicron Lens weighs almost 1,600g means the nickname "Diesel Leica" isn't unjustified.

So how do I grade this Leica compared to my Leicaflex SL.  Both cameras give me a massive amount of enjoyment compared to the instant gratification nature of a Digital SLR.  However, whereas the SL is a far better performer, the Standard is purer.  There is less area to focus, the meter is not through the lens, and it has a much stronger connection to Leica's rangefinder roots than the SL or SL2 have in large part due to how it meters and its center-only focus.  At the same time, both the lenses and the bodies of the R-Series (Leicaflex through R9) are largely a dead system, so bodies can be picked up for a song and lenses largely the same (the sole exception being Summiluxes and the later ROM lenses).  My recommendation from my entry on the SL holds here.  Get an SL for the best overall daily driver at a reasonable cost, or a Standard if you want rangefinder like focusing and metering in an SLR.  The SL2 is rarer, costlier, and supposedly the most complex Leica made (barring the digital cameras), but does afford more luxuries such as lightup display.  I'd stay with my SL and Standard, and hopefully have someone I can pass them down to who appreciates them the way I appreciate them now. 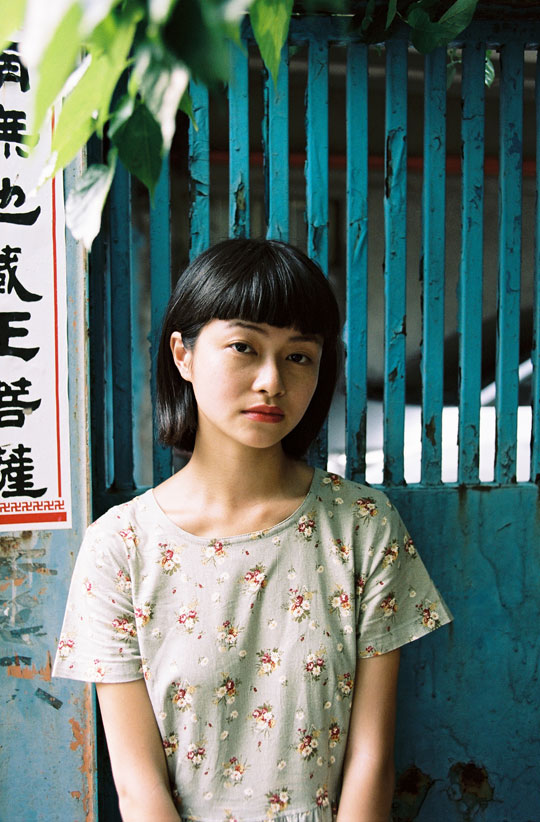 My tips for shopping for a Leicaflex Standard:

Jason is an avid fan of old Leica SLRs.  He currently enjoys his Leicaflex and Leicaflex SL, both of which have their own 50mm f/2 lenses.  Jason likes shooting architectural and street photography, and enjoys vintage 35mm SLRs from the 1960s and 1970s.  His dream SLR is a Contarex or a Pentax 67.  When Jason is not shooting, Jason enjoys reading and writing, listening to Jazz, debating politics, playing guitar, and beta-testing racing games.  Check out some of Jason's work at http://www.flickr.com/photos/ganzonomy