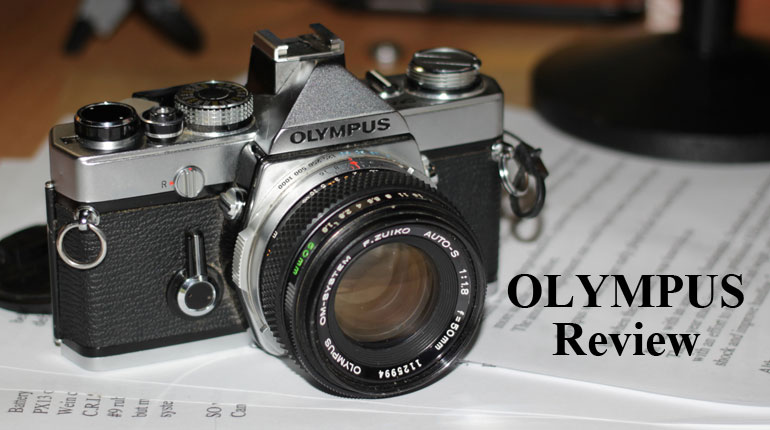 I've got to tell you around FPP there are no "Oly" (Olympus) users except me, I mean real "die hard, it's my favorite camera" users. Others here may have dabbled by I am die hard, aficionado, card-carrying believer.  I tell you why later.

Early in the 1970s SLR's biggest virtues were functionality and maneuverability. It vastly expanded the scope of professional photography - from the studio to the streets. In ways SLRs gave even better performance (usability in different situations ) than rangefinders. But it came with a cost, they were bigger, heavier, and noisier. In fact they were getting heavier and more unwieldy as sophisticated new features were incorporated piecemeal into established designs. The results were counterproductive, systems were growing bigger but not more usable or intuitive. The amount of equipment one could hope to carry became and issue. Olympus was not a super early player in the full frame SLR field but when they decided it was time to do so it was with an approach to fundamentals, functionality and performance. Their 5 year study involved a professional SLR system that was complete with an effort to reduce size and weight, reduce shutter/mirror noise and shock and improve handling. 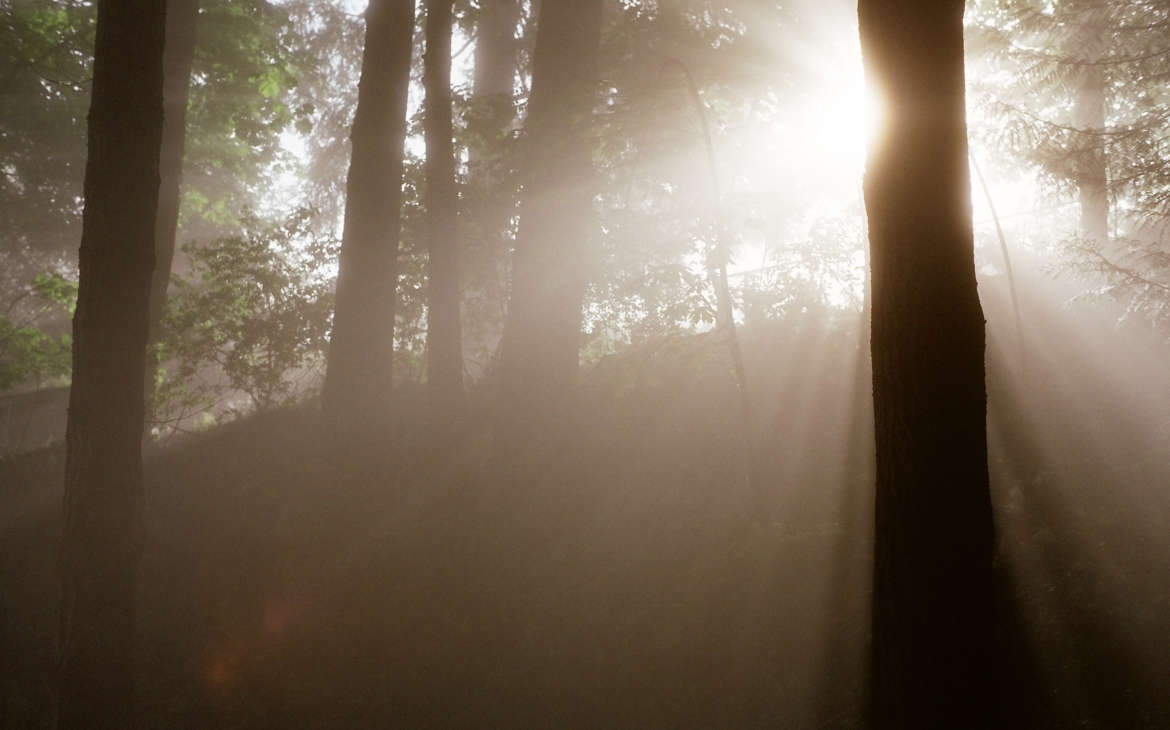 Although technically the Olympus FTL was their first full frame 35mm SLR, I believe it was a stop gap to get some placement in the industry. It has been debated as to whether Olympus actually made this camera, I don't believe they did. The FTL family was very short lived. It used a thread mount and a fine camera it was discontinued within a year and in 1972 Olympus was ready to introduced the new OM system to the world. The first camera in the line up was the M-1. Oh no, no, no, said Leica, that name is too close to our M system, please be so kind and give it a different nomenclature.  The M-1 was re-badged as the OM-1 in 1973 and was the first product in the OM Series. At the introduction of the OM system the Pens were discontinued.

It earned wide acclaim as the world's smallest and lightest 35mm single-lens reflex camera, 35% lighter than the competition. The ribbons in the cloth curtain shutter were replaced with strings which sounds like a possible issue for durability yet the resulting system was capable of withstanding 100,000 operations. They also wanted a full system from the introduction, no modifing a system or making add ons later. When it was introduced the system included; 33 lenses, from 8mm fish eye to 1000 super Tele, all small lightweight as possible and beautiful Zuiko glass, a 5 frame motor drive and 3 frame winder with grips, a 97 % viewfinder with 14 interchangeable focusing screens that change through the lens mount area and a complete flash system. The Zuiko lenses were usable for any pro doing 35mm work. The lenses focused closer than others at the time without help but a full line of c/u lenses, extension tubes and bellow were available , Photomicro for use with regular and electronic microscopes and Phototechnical for endoscopy and astrophotography covered medical and scientific and well as shooters. Cool options like interchangeable backs options that included the 250 shot back and the recordata back. Even battery tethers for cold conditions. 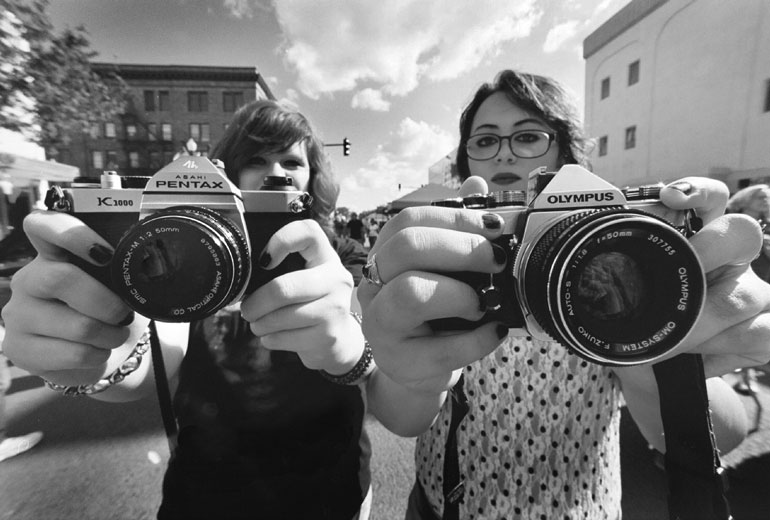 But what make the OM1n such a great camera even today is it’s full manual exposure system, with or without a battery. It’s simple + - metering is easy to use and see in the viewfinder. The film loading is typical for most SLRs of the time. The film release/rewind is on the face of the camera so the winder or motor drive doesn't have to be removed to change film and also convent when the camera is on a tripod. ONE awesome feature is the placement of the shutter speeds. It is on the face of the camera behind the lens mount. So when properly holding the camera you can change the focus, shutter speed and f/stop with your left hand and fire and advance with your right all without removing your eye from the viewfinder. Once you learn it it is fast. I can hand this camera to a student who has never used a film camera and once the film is loaded I just tell them to center the needle in the viewfinder and focus. Their first roll is always a success, from that point on teaching the technical aspects of photography and camera handling are not nearly so intimidating.

Now let me tell you why I love the OM system especial the OM1n. First, it was my first SLR, and many times your first SLR is a starter camera and you have other higher aspirations, but after using it my aspiration was to add another OM1n to my kit.This camera is a workhorse, I used it for personl  and for commercial use. Commercially the Oly was used daily, mostly for slide work either shooting hard copy for slides or duping slides through an Illumintron. Thousands of rolls when through these cameras. Incredible. They were and have been reliable, today I would recommend a Wein cell battery for the correct voltage for meter accuracy but most of the time I don't care because sunny 16 or the Blackcat meter system works great, So when you are looking at the Nikon FM or the Pentax K1000 or the Canon AT, don't forget about the classic and viable OM1n. 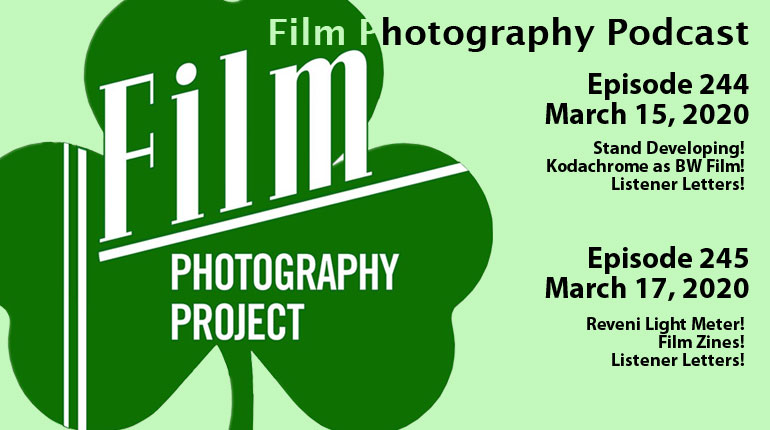