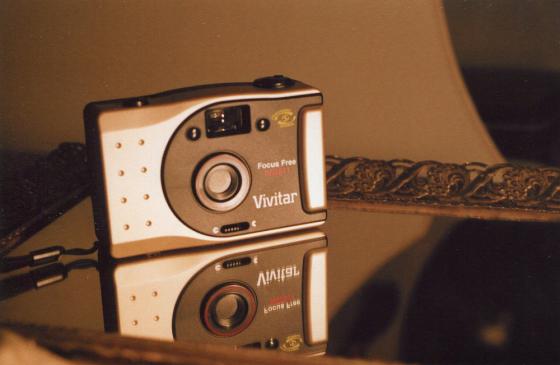 I had been thinking about getting a cheapo 35mm film camera to shove in my pocket during my weekend bike rides so when I won the Vivitar PN2011 on the FPP November giveaway last year it seemed a perfect fit. Being plastic the PN2011 is light as a feather, and small enough to fit nicely in the pocket of my cycling jersey. It’s not bad looking either, in my opinion at least. And at first glance it could pass for a modern digital camera.

There’s nothing modern about it, though. Better yet, nothing electrical. Film is manually advanced and rewound. Focus is fixed. Same goes for the exposure, which is 1/125th at f8 (according to Camera-Wiki).

And yet, for a toy point & shoot the Vivitar PN2011 has some nice features. 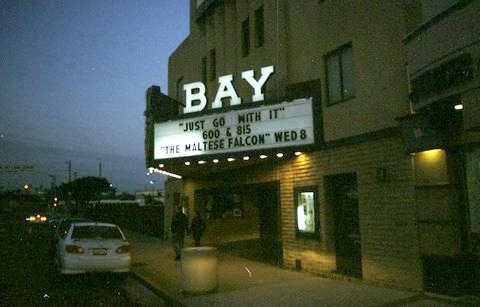 Features
The shutter is locked when the built-in lens cover is closed. The shutter’s locked after each exposure too, until you advance the film. Double-exposures, accidental or otherwise, are therefore impossible, at least as the camera is designed. (More on that below.)

A user-friendly window in the back door lets you see the film you have in it, and the film counter window has a slight magnification so you can read the frame count more easily. It’s still a matter of guesswork exactly what frame you’re on, though. 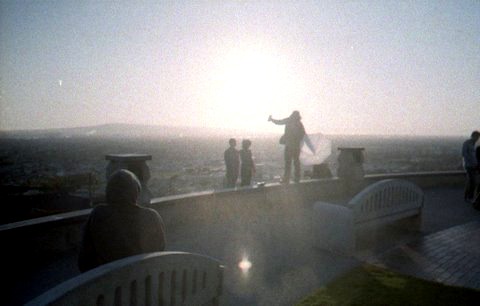 The tiny 28mm lens allows for a nice wide field of view. You can enhance the perspective with the PN2011’s gimmicky panorama mode. This is simply a mask that blocks the upper and lower portions of the frame. It can be a fun effect, though, if you find fun in blocking major areas of your image.

Perhaps the most unusual feature for a camera of this type is its tripod socket. The PN2011’s shutter has no bulb mode or any other feature that might require a tripod, so the threaded socket is useless. Unless you modify the camera.

First I flipped my lens
This is pretty easily done. The front cover is held on by four tiny screws. Remove these and the front cover for access to the lens board. Everything inside is made of plastic except for the occasional screw or spring, so you need to exercise some care. But the effort to flip the lens is well worth it in my opinion, since the odd, somewhat fisheye perspective really made this camera come alive. 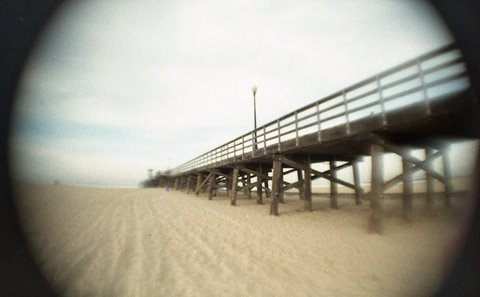 Then I made a pinhole
When a second PN2011 came my way I resolved to make a pinhole camera out of it. This mod was a little more complex than the simple lens flip I had done before, and actually required a little surgery to the shutter lock mechanism. (I had to amputate a portion of it.) However, out came the lens and in its place went a tiny hole. Another mod well worth the trouble, and one that finally made the tripod socket useful. 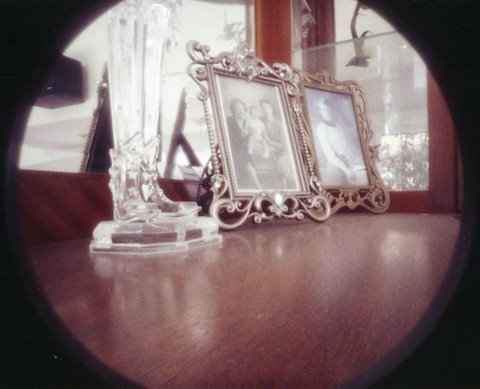 Mods I didn’t Do
If you’re handy, you can modify the PN2011 so it has a bulb mode or multiple exposure capability for example. (Fellow FPP listener nano-burger has posted instructions with photos for such mods on the Instructables website. )

At the end of the day…
If all you’re looking for is a low cost, low fi, film camera that you can throw in your bag or glove box and not really care too much what happens to it, the Vivitar PN2011 may be for you. On the other hand, if it’s the pursuit of photographic experimentation at low risk you’re after, the Vivitar PN201l may serve you very well indeed.

Where can I get a Vivitar PN2011 Camera?
The FPP has a limited number of PN2011 cameras right HERE in our on-line store!