Hi everyone and Happy Holidays!

Back in 2009 I started the Film Photography Podcast. At the time, I had no idea it would grow into a global on-line film shooting community. I launched the FPP on-line store in 2011 as a way for FPP to maintain and sustain our free workshops, giveaway programs, podcast and instructional videos. In the process, the FPP Store has become a unique marketplace offering film products available nowhere else. Here is a short list of some amazing items that would make the perfect gift for the film photographer in your life. Enjoy and shoot lots of film! 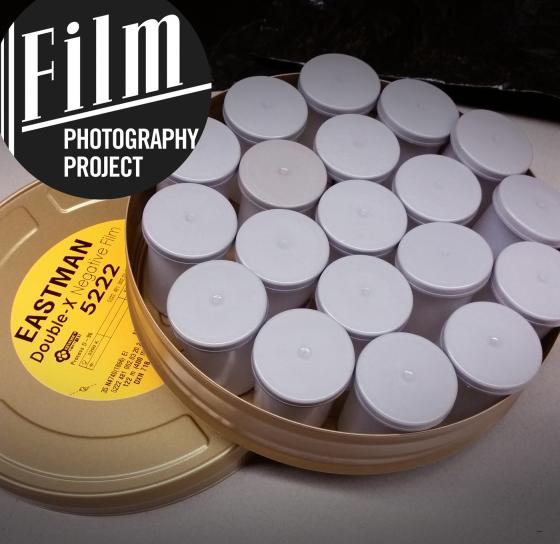 Eastman Double-X and Kodak Vision3 35mm film
What’s that…you’ve NEVER heard of these films. That’s because Kodak manufactured this film for 35mm movie making. Yes, your favorite Hollywood movie was shot on this film! Sequences of Casino Royale were shot on Eastman Double-X BW and the new Star Wars film was shot on the Kodak Vision 3 film! The FPP gets the film fresh from Eastman Kodak, Hollywood USA and has hand-rolled the film so you can shoot in your 35mm still camera! Our hand-rolled BW Double-X is offered in a 19-Roll Can and our Vision 3 color film is offered in a Vision 3 gold 12 roll box!

The most fun film format – 110 film! 110 film was the film format fav of families in the 1970s. The Lomography company brought back 110 film in 2011 and we’ve been celebrating ever since. FPP offers the full line of 110 films, vintage Kodak 110 cameras and the new Ikimono Flash camera in white or red!

Cheap AND Good – FPP edu BW 35mm film
Rarely do you see cheap and good in the same description but I designed a line of BW films with the film student budget in mind. Light on cash but big on inspiration, this is a film that everyone can afford to shoot. Slip into the school darkroom and you’ll have awesome BW film images that cost almost nothing to shoot! FPP EDU film is available in 100, 200 and 400 iso and also ships in a great edu 9-roll box. 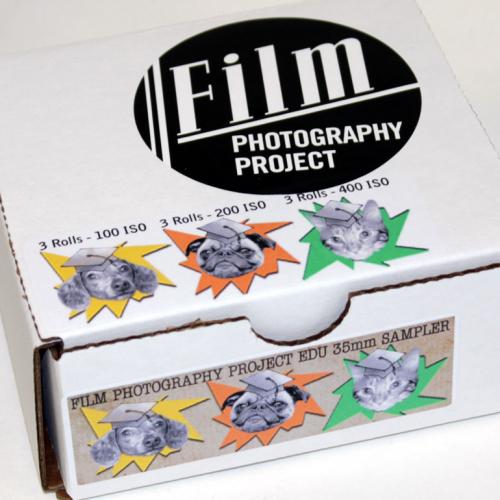 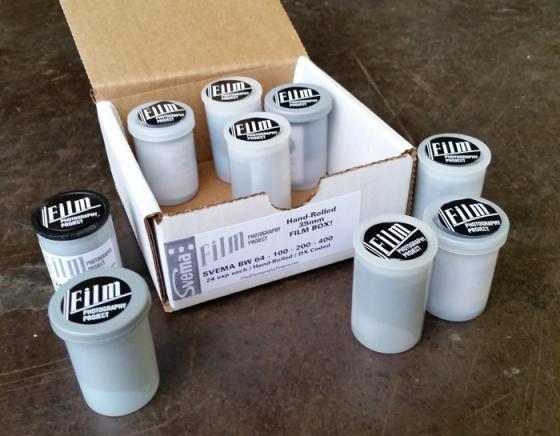 FPP Pentax K1000 T-Shirt
The perfect, inexpensive and awesome gift. Show your support for film with this unique FPP Tee! (We also offer a Svema Tee via ZAZZLE!) 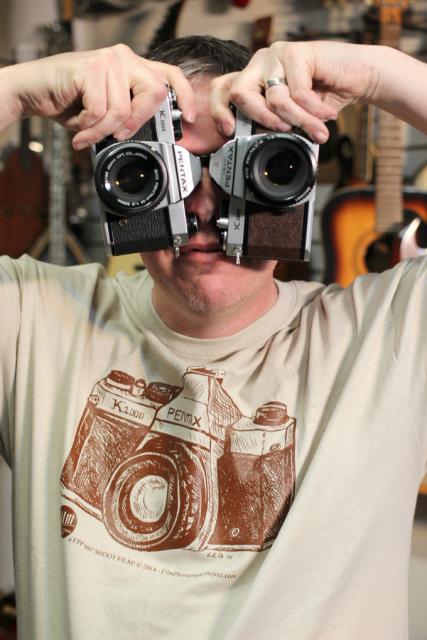 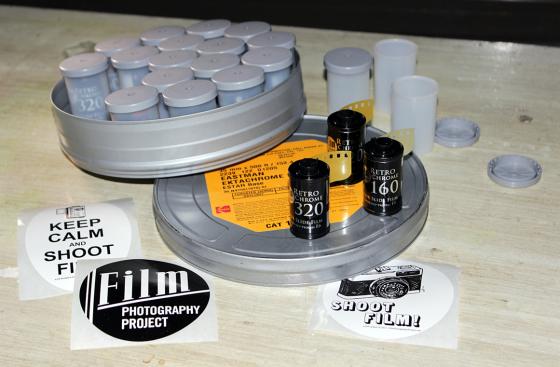 FPP RetroChrome Color Slide Film in a Kodak Can
It’s only been a few months since I discovered this beautiful 35mm color slide film tucked away in a vault and have hand-rolled it especially for Film Photography Project customers. This color slide film was manufactured by Kodak especially for a US Government Nuclear Testing Plant! Don’t worry, the film isn’t radioactive! What it is – is amazing! We offer two speeds – RetroChrome 160 yields a “cool” look while the high speed RetroChrome 320 offers a warmer tone. This season we are offering a limited 19-Roll RetroChrome in a Kodak Can!

35mm SLR Cameras!
I’ve been collecting, buying, shooting 35mm SLR cameras since the 1980s. With hundreds of cameras in my collection, I’ve donated many of them to the FPP on-line store this holiday. I’ve shot with them all and thrilled to offer then to you in our fine store. You won’t find a better deal anywhere else. Free film with every camera? Of course! Visit the 35mm Camera Section! 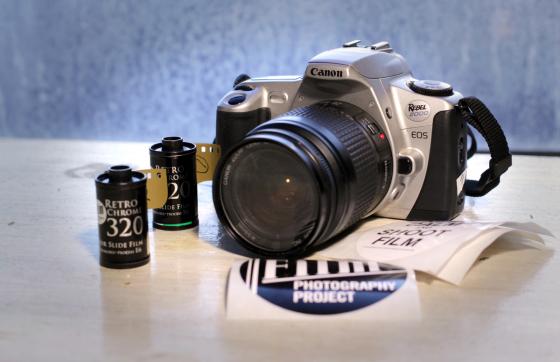 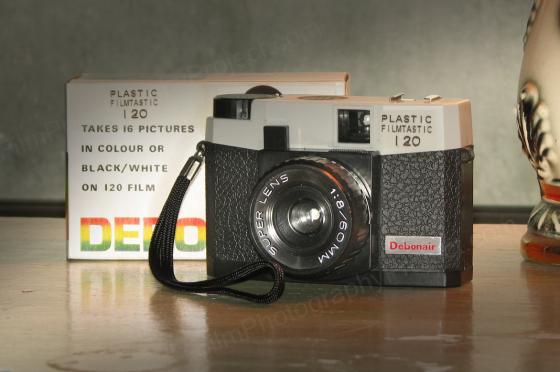 FPP Debonair Camera
It ain’t called the “Plastic Filmtastic” for nothin’! This vintage 1980s, new, boxed 120 camera was discovered in a warehouse in Rochester, NY. It takes great pictures, is under $20. and comes with a free roll of film!


Polaroid Automatic Land Camera
An absolute favorite instant camera here at the FPP. This amazing, sturdy, vintage 1960s camera that takes color peel-apart film. A frequent question is “what model do I buy”? Fact is, they’re ALL GOOD. Buy based on your budget and camera color/style. They all take great shots! An amazing gift for under $100! Visit our Polaroid Camera Shop! 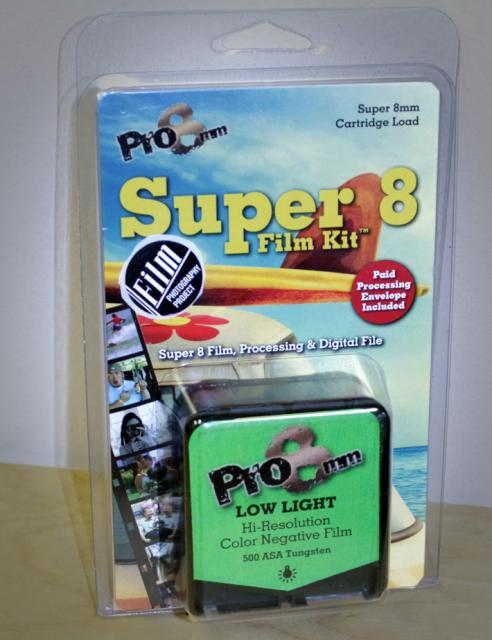 Super 8 Film!
You asked for it! We’ve received so, so many letters over the years asking us to do a podcast on Super 8 film. You can listen to Film Photography Podcast starting with Episode 128 to hear our Super 8 chat. We now offer lots of Super 8 film in the store. Get out your Super 8 camera and start shooting!

above: I shot this Super 8 movie this past Father's Day on our 500T Super 8 Kit!

That’s it for this Holiday Season. As always, you can get more detail on each product by clicking the product page and I’m always here to answer any questions! Enjoy the holidays!