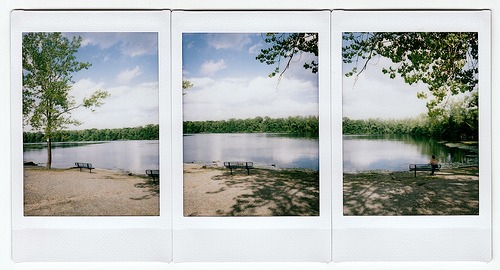 Note: I've collected a few MIO cameras over the years. I've donated them to the FPP to raise money for the 2016 podcasts. They're currently available in the FPP e-bay store HERE.

FFP listener Tony Kwong has “fed” my Polaroid addiction via an e-mail discussing the short-lived Polaroid MIO camera (and the Polaroid – Fuji partnership).

I wasted no time connecting to e-bay to find a used Polaroid MIO for myself.


Just to let you know, this is not the first time that a Fujifilm instant film product has been distributed by Polaroid, they have a long history of working together dating back to the mid 1980's they shared many technologies. Fuji's instant film offerings were not well
distributed in the North American market. So a well-distributed Polaroid branded version was very welcome.

First there was an instant peel apart pack film called "Polaroid ProVivid" or "Type 689" that product is the same as Fujifilms FP-100c.

In the early 2000's, Polaroid released a short-lived instant camera called the "mio" which was a redesigned version of the Fujifilm Instax mini. It took a film called mio film which I later discovered was exactly the same as the fujifilm instax mini. This was a great thing as I was able to find imported instax mini film after Polaroid stopped distributing mio film in 2005. This was before last year when Instax mini was finally available in the usa.

I continue to buy instax mini film primarily from American distributors like Unique Photo, Freestyle photo, B&H, Adorama and Mel Pierce camera instead of importing directly to show the distributors and Fuji there is a demand for their products in the usa.

Now as for compatibility of film you discusses in your July 15 podcast. I tested the 300 film, and it does indeed work in a Polaroid mio. I don’t have an instax mini camera to test as I have given it away, as compared I would think they are exactly the same. 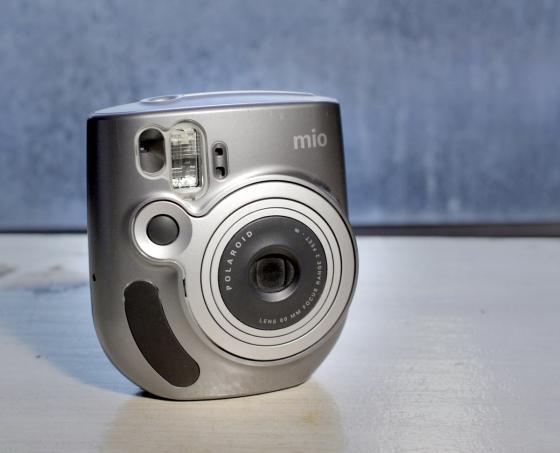 I also think that Polaroid 300 is an ingenious name. Since it's "half" the size of Polaroid 600 it makes perfect sense to call it 300.

PS
I also wrote most of the fujifilm sections on instant film on wikipedia.

Thanks to Tony for permission to reprint his e-mail.

Once the Polaroid MIO arrived into my anxious hands, I loaded some Polaroid 300 film and strolled for an around-town-photowalk.

This blog would be incomplete without exhibiting some of the fine images shot by L.Å.R. (Lance Rothstein) on his Polaroid MIO camera (on Fuji Instax Film).

Lance’s obsession with Polaroid photography pre-dates my present Polaroid-mania. Check out his site PictureCrossing, Flickr Photostream and my previous blog showcasing his art.