HomeAll PostsContentReviewsLadies and Gentlemen, The Ansco B2 Speedex Junior

Ladies and Gentlemen, The Ansco B2 Speedex Junior 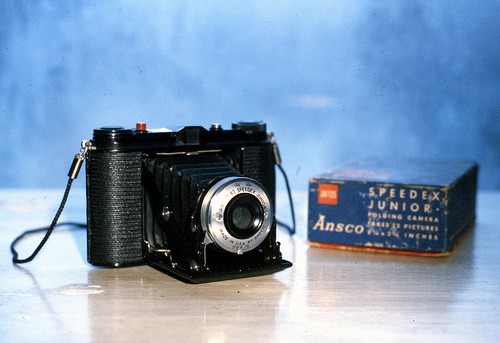 I purchased this beautiful vintage Ansco camera for $0.99us on e-bay. It’s fast becoming one of my favorite 120 cameras. Not a great deal of information on the web but I was able to find the following:

Camera boasts a "deep" area to load the film - meaning that a 35mm canister fits perfectly should you want to shoot 35mm "sprocket" photography.

Strangely enough, I shot the image above of the Ansco B2 Speedex Junior with 31 year old Kodak Ektachrome film using my Canon FP camera and 50mm FL lens. I purchased the film on e-bay. Seller claimed frozen since 1978! I've mentioned it many times and I'll say it again...storage is the KEY in film. I've purchased expired film from 2006 and have had miserable results. Storage is the key.

Here are a few images I took in the last few weeks using the Ansco B2 Speedex Junior.

By using 35mm film in the Asco 120 film camera, you will be able to shoot your image on the entire piece of film. This is also known as “Sprocket Photography” or “Sprocket Revolution.” Fun stuff.

A real joy to have an indie vinyl shop near by. Flip Side has been around since the 1980s. One peek inside and you’d think it was still 1984! 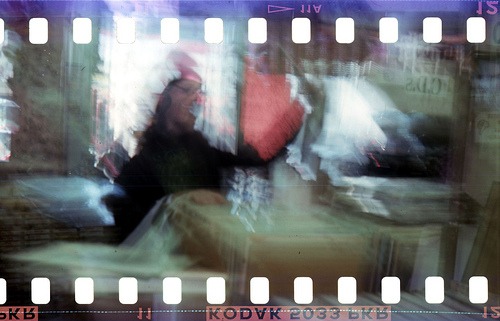 What can I say…I love The Ansco B2 Speedex Junior!