The CINE16 DOUBLE PERF line is fresh film stock, hand-rolled onto 100 foot (30 meter) daylight spools in our film prep room before being boxed. Each roll results in 4 minutes and 10 seconds of footage in most early cameras that shoot 16 fps (or 2 minutes and 47 seconds for those vintage cameras that can shoot industry standard 24 fps).

The full line of Double Perforated 16mm film is available at our DOUBLE PERF PAGE at the Film Photography Project Store on-line! 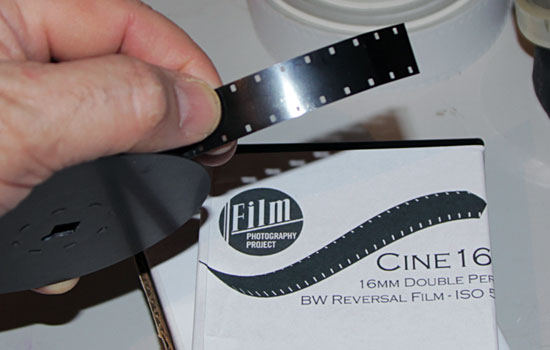 The CINE16 DOUBLE PERF line from FPP is the first reintroduction of 16mm Double Perf motion picture film for consumer use since the early ‘00s. Although it is specifically designed for early versions of 16mm motion picture film cameras – those with “double pull-down claws” – it can also easily be used in more modern 16mm cameras featuring a “single pull-down claw”. When using the CINE16 DOUBLE PERF film in a Super 16mm camera, be aware that your image will extend into the perforated section of the film on one side.

The FPP is thrilled to add the CINE16 DOUBLE PERF line to its growing assortment of hand-rolled and unique house-branded photographic and motion picture films. 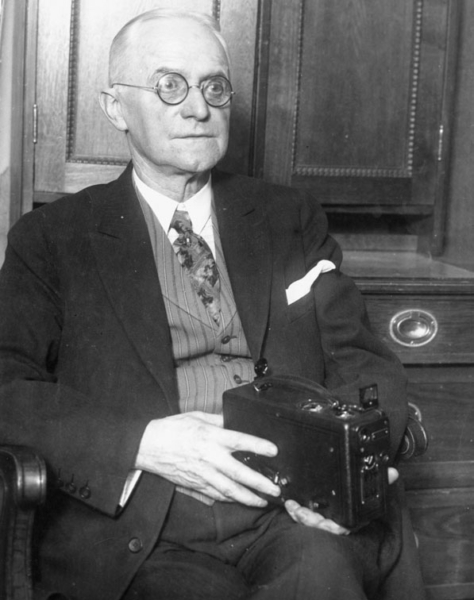 16mm Double Perf Motion Picture Film is a silent film format with a 4x3 aspect ratio introduced by Kodak in 1923 as a consumer-friendly alternative to 35mm (George Eastman pictured above holding his Cine Kodak Model B). All early 16mm film cameras were produced with a dual set of claws and will only shoot double perf 16mm film – the grand-daddy of them all is the Cine Kodak, also introduced in 1923.  Later versions of 16mm film would feature only a single row of perforations, with some utilizing the non-perf side of the film to record audio.

Cameras that will only shoot 16mm double perf film include

Need processing and/or scanning services? The FPP offers exceptional quality film scanning for 8mm, Super 8, 16mm, and Super 16 at affordable prices on our state-of-the-art LaserGraphics Scan Station.  We also offer process-and-scan packages that will fit just about any budget through our partnerships with reputable outside labs. Find out all you want to know and more about our services and prices at the FPP Film Store Scanning and Processing.