One of our favorite things at the Film Photography Project (FPP) is testing new film, cameras and film photography gear in order to share tips, tutorials – and photos! – with other avid film enthusiasts.

Recently, we were very excited to hear from French film photographer Vincent Moschetti, who filled us in on his new, unique hand-rolled Panochromatic black and white film: Street Candy ATM 400.

Here’s how Vincent describes it, "Street Candy ATM 400 is a Panchromatic Black & White film originally coated for security and surveillance cameras. Intended to fight crime against humanity, banks, ATM, offices or any sensible locations, you can now enjoy this film in your 35mm Film Camera. With high contrast and sensitivity, it's the perfect companion for Street Photography, urban scenery and harsh light conditions."

As you can see from the wide assortment of photos Vincent provided, due to the wide latitude and high contrast, Street Candy ATM 400 is not only a great choice for all types of architecture and street photography, but also yields unusual and interesting results in portraits, landscape and nature photography. 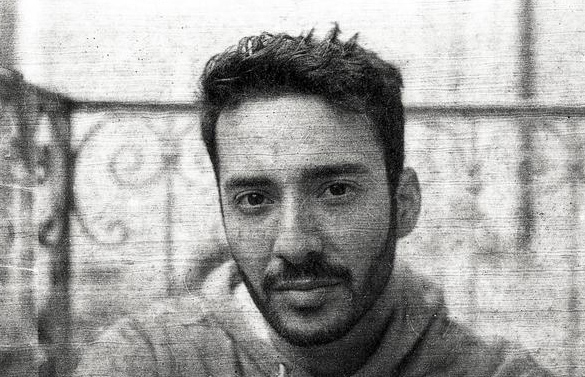 We are so impressed with Street Candy ATM 400, we asked Vincent to tell us about himself, and how the new film and branding came about.  Here’s what he said,

Film photography came to me as part of challenge to improve as a photographer. The idea was to sell all my digital cameras and commit to film only for an entire year and share my experience on my blog One Year With Film Only. Few years have passed now and I never regretted this decision. Now the blog became www.onfilmonly.com where I frequently test and review all sort of films and analog cameras.

How did you come up with the idea of Street Candy ATM?

Street Candy came out from the opportunity to offer a black and white film that’s still being produced today, but not available yet to consumers. It’s a security surveillance film with high contrast which is perfect for street photography. Initially it was mostly used in old ATMs machines to shoot portraits of anyone withdrawing cash. Surprisingly, it’s still being used in some security systems in 2019 and now also available in your 35mm camera to fight crime against humanity!

Yes, just a few tips about the film. It develops like Ilford HP5 and can be pushed up to one stop. If your lab develops black and white in machine, it’s best to inform them that the film is taped to a recycled canister. Happy shooting and you can find us on Instagram @streetcandyfilm and use #streetcandyfilmatm400 to share your best candy shots