Earlier this week, the folks over at Intrepid secured the funds to bring a new 8x10 camera to market. These are exciting times for film shooters, especially those getting into large format! Coming hot off the heels of a that campaign, as FPP’s large format junkie, it brings me great joy to be bringing another important Kickstarter to your attention. These guys are veterans of the crowdfunding arena and aim at an important component to photographers working in large format. Today we’re talking instant film, specifically New55 Film PN Improvements. 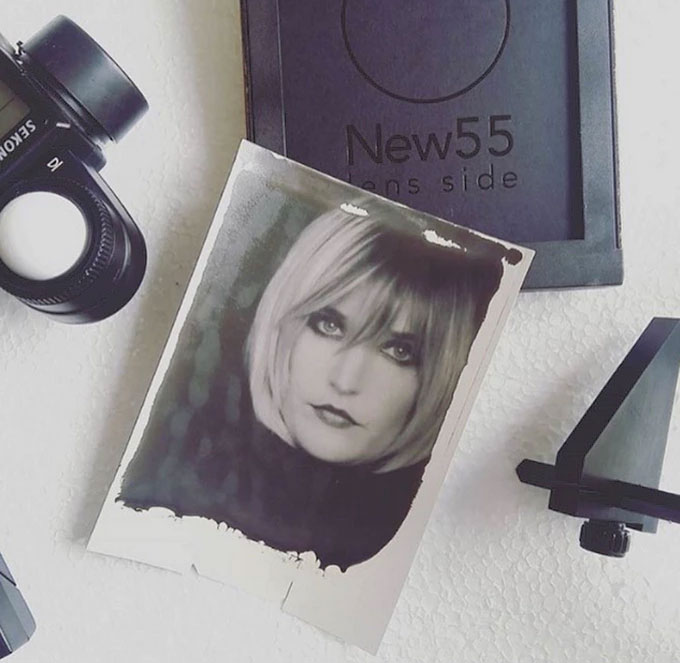 Control of the Pod-making process should reduce the occurrence of incomplete spreads. (Portrait of Alina by Oliver Brachat)

Starting from the beginning, New55 is a company founded on a commitment to quality instant film for large format photographers. The end of Polaroid instant film production in 2008 quickly created a gap in many large format photographers’ workflow. By early 2010, there was a group of folks online talking about shooting 4x5 Polaroids, and the viability of bringing back the legendary film, Type 55. If bringing back Polaroid’s integral film lineup was an Impossible Project, New55 founders Bob Crowley and Sam Hiser were taking on an even more impossible project!

At around the same time Fuji had announced they were discontinuing their own 4x5 instant, FP-100C45, New55 announced they were finally going to ramp up production via crowdfunding. For their first Kickstarter, their goals were set high, but it was also clear they’d done their homework. They had a reasonable timeline, lots of the groundwork laid, the last thing remaining was a show of hands (and dollars) from the film community. And though it was a real nail-biter, they got the funding they needed to bring back to market a film that worked in the same Polaroid 545 holders many large format shooters already owned. As someone that didn’t even own a 4x5 camera at the time I kicked-in on the project, knowing what this meant to film shooters.

When project backers received their film, there was mixed response. Many were happy to see any new 4x5 instant while others were quick to criticize. Even with my own two boxes of Kickstarter reward film, there were a few bugs that hadn’t been worked out of the initial batch. Of my ten shots, little over half of the shots actually pulled properly and spread reagent across the positive and negative. Before firing off on social media about my experience, I took a step back to think about how unfair a Polaroid comparison would be. Half a century’s worth of research and development, several million dollar budgets, and thousands of employees’ labor compared with about a dozen people’s effort, by hand, with a (comparatively) shoestring budget. Considering the obstacles that New55 faced,, they had made good on their promise. 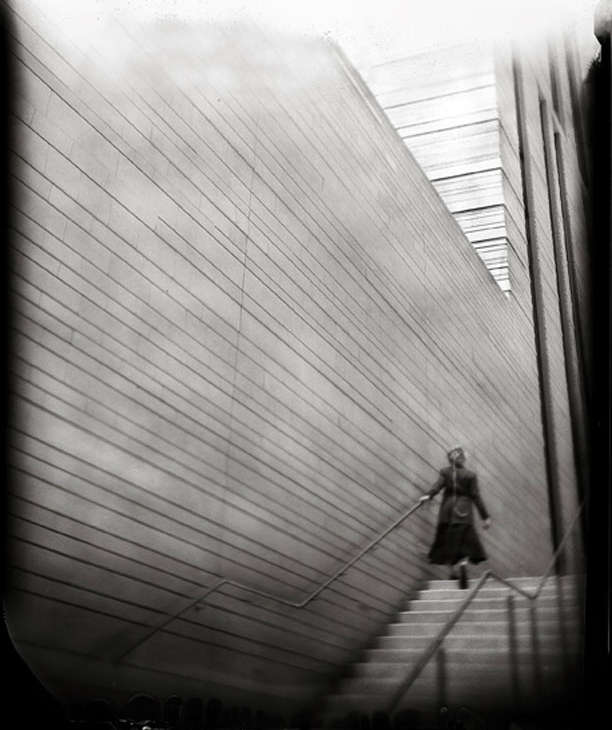 Throughout its entire existence, New55 has been as transparent as any reasonable human being could expect. If they had challenges, instead of falling silent like countless other faltering crowdfunding recipients, they came out and said what was happening. Customer concerns have surfaced and been addressed, which brings us to New55 right now. They need our help, and have quite the uphill battle to meet the goals they’ve set for themselves. If you are a large format shooter (of any film size), instant film shooter, or would like to be either of the above, consider giving New55 your support.

Thanks for stopping by, and please consider helping keep instant film alive in large format. Without proper support, startups like New55 can’t continue to offer new and diverse products to our already unique hobby. Next time you’re about to hit the “Buy It Now” button on some expired film stock, think of how it could help contribute to the future of film!

Mat Marrash is FPP’s resident large format geek, and lover of all things instant film. Even though he hasn’t always got the shot he wanted with New55, he was happy for the opportunity to shoot it.