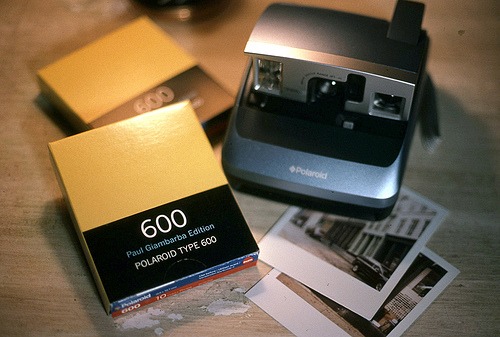 For those of reading who do not know, Polaroid stopped making instant film in 2008, ending their 50+ year reign as the one and only instant photography kings. Fujifilm in Japan picked up the ball by producing “some” instant film for older Polaroid “pack cameras,” but a huge void was left as no company was producing film for the millions of Polaroid SX-70 and 600 cameras in the world.

Enter The Impossible Project, a group of ambitious entrepreneurs who purchased the Polaroid factory in Enschede, Netherlands and hired some former Polaroid engineers. Their promise - to produce new integral film for existing Polaroid cameras.

Impossible has made good on their promises and has introduced the first new color film for Polaroid 600 cameras since Polaroid closed their plants in 2008.

Called PX 680, this new film will be available to the public this spring. A select number of “beta testers” shot with this special new film. One such person was Teryn Brown, who I met when she e-mail me about my podcast (The Film Photography Podcast).

MR: Tell me how you got into shooting instant photography


Aside from playing around with a Polaroid 600 One Step Close-Up camera as a kid and during college, I got started shooting instant photography about a year ago. During my time at Illinois State University as an art major I primarily shot medium format (film). After I graduated I kept shooting but being away from the photo lab and not being able to make my own prints on a regular basis sort of slowed down the whole process.

I started taking a different camera with me each time I went out including my Polaroid 600 One Step Close and my Polaroid 320. From that point on, I was hooked! Since then, I have ordered a Polaroid SX70 (which I found in mint condition for $15 dollars on ebay after months of searching for an affordable one), a Polaroid Spectra, a Fuji Instax 100, a Polaroid back for my Mamiya RB67 and tons of instant film. 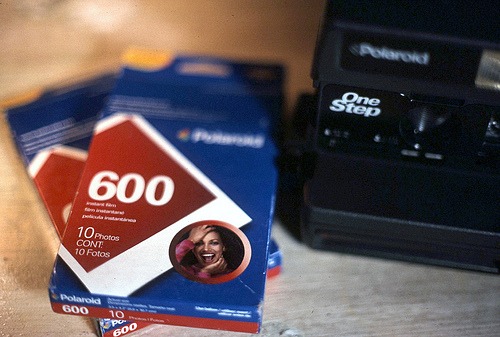 MR: When did you start shooting Impossible film


I found out about the Impossible Project when I was looking on ebay for some film. Someone was selling a pack of Impossible PX100 and I thought to myself "what the heck is that" so I typed it into "THE GOOGLE" and thought I had struck gold!!!!

MR: How did you become a Beta Tester for The Impossible Project


After a few months of shooting Impossible Project film, I noticed that on their website they were allowing people to submit their best PX70 (first flush color film) shot for a chance to be chosen as one of twenty to help test their new films. I had already shot a pack of that film so I went back to my images and selected the VERY FIRST photo I had ever taken with PX70, it was my favorite and I thought I might as well give it a try. A month or two later they emailed me back with the good news!!!

Here is a link to the newsletter announcing the twenty photographers mine is the photo of the boxing gloves on the wall.

MR: Were you excited or nervous to be a beta tester? What cameras do you use to shoot Impossible film. Tell us about your Beta Test experience.


I was extremely excited when I found out that I was going to be helping out with film testing. However I was a bit nervous when I found out it was going to be film that was optimized for Polaroid 600 cameras. The only 600 camera that I had was the 600 one step close up which I love but I primarily use my SX70 with Impossible Project film because I love the manual focusing, the closer focal length and as a fan of natural light I am given the option to not use flash if I don't want to. I don't have a neutral density filter for my sx70 so I went ahead and used the one step close up which turned out just fine. 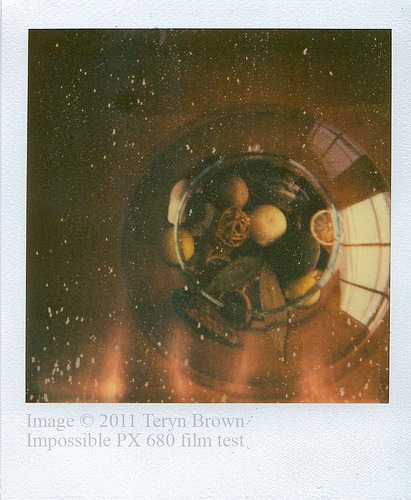 I think the PX 680 Color Shade Beta Test Film has a ton of great features. The color is great, (as you can see in the image above) and the film has an overall yellowness to it but the range of color representation is much wider than any previous Impossible color film. 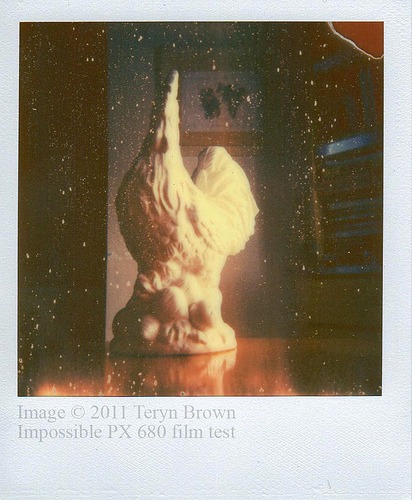 A great thing about the film is that it is much less sensitive to light. You can still see the difference between film that is left out in strong light and film that was kept in the dark for processing but no matter what, you still get a great image. The film is also not as sensitive to temperature. One drawback is the white spots that are all over the image (in the beta test film). Overall, its great stuff and I would encourage any Impossible Project fans to give it a try!

Teryn Brown is a graduate from the Art Photography program at Illinois State University. She primarily shoots with medium format film and instant integral or pack film (polaroid, fuji, impossible).