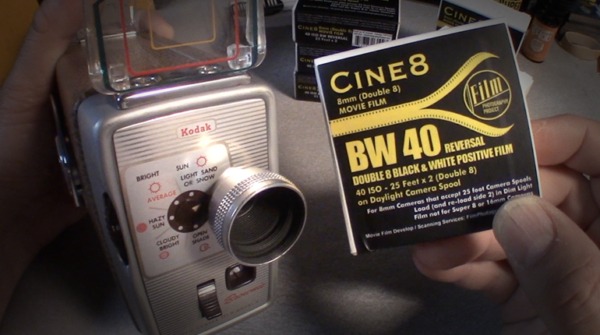 There is no doubt that the increasing popularity of Super 8 film (thanks in part to the Film Photography Project and Eastman Kodak’s new Super 8 camera) has the potential to make the format a household name again, at least amongst analog film lovers. However, there is one format that many amateur, hobbyist, and even professional film users, may not remember: Regular 8.

Long before the Super 8 craze of the 1960’s, 16mm was the main film format when it came to home movies and only amongst those lucky few who had the money to shell out for cameras, film, processing, and projection equipment. Considering the hardships most Americans were facing during the height of the Great Depression, Eastman Kodak realized the only way they would make home movie-making easier to do and more accessible, would be to make smaller cameras; that meant smaller film.

So in 1932, Kodak debuted Cine Kodak Eight--a new film format that was cheaper than 16mm and featured smaller cameras that were easy to use (in theory, anyway) for the average consumer. The format was an instant success and introduced America (and the world) into a love for making movies at home. By the end of WWII, many Americans could easily afford everything they needed to make bright, vibrant, color, home movies that became an iconic symbol of nostalgia.

However, when Kodak introduced its new-fangled Super 8 film system in 1965, Americans turned to the new, easy-to-use system and slowly but surely, the format fell from popularity--but not entirely. In fact, Regular 8 film has continued to be manufactured and sold by different manufacturers consistently since it’s debut in 1932. Really! 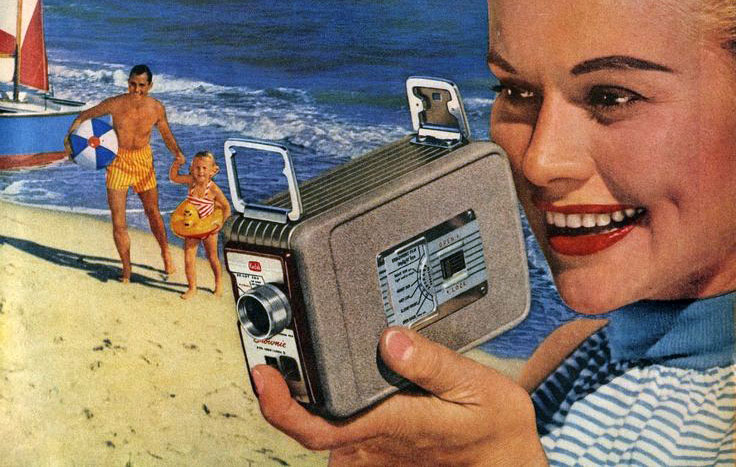 What is Regular 8 film?

Like I mentioned before, Kodak was on a mission to make home movies more affordable and easier to make--but they didn’t want to reinvent the wheel. Since 16mm film was the standard when it came to home movies (and theatrical prints, too) they tried to find a way to modify the film stocks they were already producing.

The solution was quite clever: Take 16mm film, add more perforations, and put it on a 25 foot spool. Then, they designed a camera that exposed half of one side of the film. Once the spool was run through the camera once, you’d switch the take up spool with the empty spool, which ‘flipped’ the film over. The camera then exposed the other half of the film.

above: Michael Raso demonstrates how to use a Regular 8mm camera!

Once the film is sent to the lab, it’s developed just like 16mm film. After it’s dried, the lab pulls the film through a slitter, which cuts the 33 feet of film in half right down the middle. Splice the two halves together, and bam! You have a 50 foot long movie!

Can I develop it at home?

YES! With the right chemistry, you can easily process any three of these stocks at home. (See our video on developing BW below or on YouTube.) E6 color can get quite involved, but the process for developing Orow and Foma is pretty straight forward. I process my own Foma at home and the results are fantastic.

There are plenty of resources online (and some videos on YouTube, too) that show you the process. Besides the chemicals, you will need a Lomo UPB-1 tank and some sort of slitter (Lomo made those, too.) Be prepared to spend some cash up front for the tanks--they’re not made anymore and come from Russia/Ukraine. The tanks also allow you to process Super 8 film as well as 16mm (for 16mm you’ll have to cut the 100 foot rolls in half.)

So what camera should I buy?

That could be its own article in and of itself. There are literally thousands of options when it comes to cameras. Here are some things to look out for:

Nope. Firstly, most 16mm stock made today is only perforated on one side (with the exception of Foma who does make double perforated 16mm R-100) so that won’t do. Secondly, there aren’t enough sprocket holes on the film and the perfs are farther apart.

Are there advantages over Super 8?

It’s hard to say and certainly an opinion for different people. In general, Super 8 has some pretty big advantages that are hard to beat--larger frame size, a built-in pressure plate that helps to stabilize film during shooting, and the fact that the film is enclosed in a cartridge which means continuous filming. Some have argued that Regular 8 does have advantages when it comes to the perforations--because they are larger, they’re harder to tear--especially when splicing or threading through a projector. Currently, the main advantage of black and white Regular 8 over its Super 8 alternative, is cost.

The other advantage of Super 8 is that because it’s contained in a cartridge, only a few frames at the beginning of the roll become fogged (meaning exposed) during loading. With Regular 8, almost a foot or more in the middle of the film and at the ends, become fogged. This is why most come with more than 25 feet of film on the spool--so that you can splice out the fogged bits after processing.

Overall, Regular 8 is worth mentioning, especially for those who might be on a budget. The cameras are usually well built and, most importantly, fun to use. Cheap but reliable cameras can be bought on eBay for only a few bucks, and projectors are plentiful. The place where Regular 8 shines is for the home processor, making the format very affordable.

If you love Super 8, you’ll likely love Regular 8, too. Why not have both?

Check out the FPP Movie Film page at the On-Line Store!

Owen M. McCafferty II is a native Clevelander whose story with film photography began at a young age when he came across his grandfather's Super 8 camera hiding away in his grandmother's basement. His curiosity turned into an obsession, and he's been a loyal film user ever since. He's been processing his own still and movie film since the age of 12, and continues to advocate for affordable and accessible entries into the art of traditional film photography. When he's not shooting a camera, he works as an Experience Designer for a Cleveland based firm, in addition to running a small genealogy business. You can visit him at www.OwenTheGenealogist.com