What is Panchromatic and Orthochromatic Film?

Black and White Sees Color!
What is Panchromatic and Orthochromatic Film?
By Leslie Lazenby

All black and white films see color and the type of BW film determines what areas of the spectrum they reproduce and how much of the spectrum they see. Not all are sensitive to the same wavelengths of light. An example - a person with red lipstick, those luscious red lips on BW film, can reproduce as a light grey tone or nearly black. Today we use mostly BW panchromatic films but we have access to orthochromatic films.

In laymen terms, orthochromatic films can only see blue (outdoor) light. Reds are rendered darker and therefore create darker skin tones. Panchromatic films can see a much wider spectrum of light, rendering bw tones closer to what we see in everyday life. 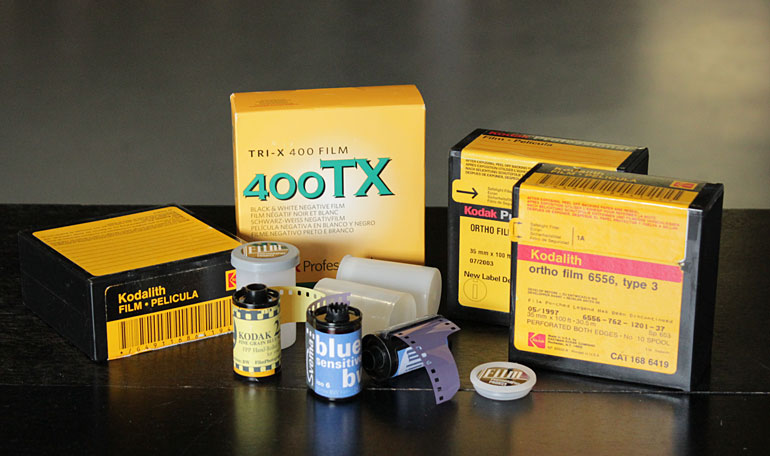 Let’s talk about orthochromatic vs panchromatic before we chat about the different types of panchromatic films. Early BW films were orthochromatic - blue or green sensitive, they did not see all the spectrum very well. This was a big problem in the early movie industry, not so much because of the lightening of the blue sky but it darkens skin tones. Cinematographers used a small blue viewing filter to get an idea how clothing color, skin and sets would be reproduced. They used lens filters, careful location choices and makeup to help control how the levels of grey reproduced. To resolve the skin problem the solution fell in the hands of professional makeup artists.  Live stage show makeup did not transfer well to movie makeup. Matching skin tones were too dark and muddy on film. Early Orthochromatic films do not see red, put 25A red filter over your lens and you will get blank negatives, you get nothing – “NO Exposure For You!” (says the Film Nazi) This allows you to load and process under red, not amber, safe-light. Greasepaint and powder were used to cover the warm skin tone to lightened faces on Ortho film.

above: the founding fathers - George Eastman and Thomas Edison

Enter stage right: Panchromatic films. An early German chemist Hermann Vogel found that by adding dyes to films emulsions you could extend the spectral sensitivity. Eventually meaning that panchromatic films see all colors and reproduces them accordingly in proper shades of grey.  Still photography had the advantage of panchromatic films and plates as early as 1906.  Most of our general films today are panchromatic.  Some have extended ranges into certain wavelengths so that different contrast levels can be produced for specialized reasons. Example some films designed for aerial use cuts through haze and sees green shades more distinctively for vegetation identification. The movie industry did not move to panchromatic films as quickly, the cost was 3 to 4 times more and you could not handle it in red safelight. 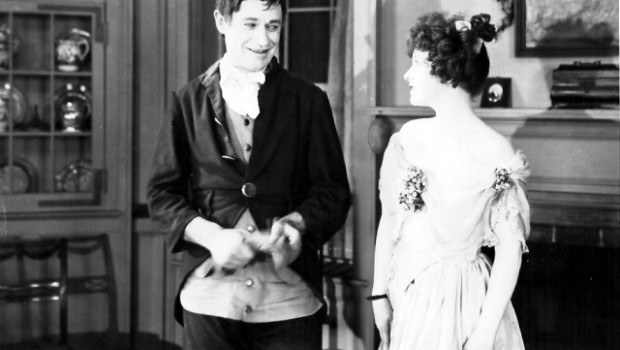 Eastman Kodak (EK) created a SO (special order) panchromatic movie film in 1913 that was used for additive motion picture production. Cameramen began using it as a stand-alone film for shooting outdoor screens. In 1918 the first full panchromatic film was shot on what’s now known as regular stock - no longer special order, Panchromatic Cine Film. The movie was the 1922 production of The Headless Horseman (pictured above). It took a while for the industry to completely change over from ortho and in 1930 EK discontinued manufacturing General Purpose Otho Motion Picture Film. Sometimes one great leap in one industry causes great leaps in others. Back to grease paint and powder - makeup artists were now having to tint the grease paint to darken it and custom mixing for each actor or actress.  Along came a man named Max, Max Factor, his new makeup line was developed for panchromatic film. Because they were back to matching the natural skin tone, and it covered lines and blemishes, people wanted this stuff commercially. He named it Panstik. Panstik is still available today, I have used many years. 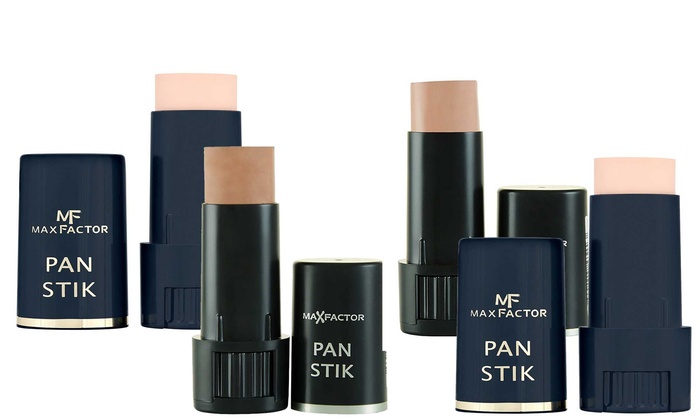 I always find it a little hard to remember if blue sensitive means blues get lighter or darker. Think of the word “sensitive” like a food sensitivity. Take a peanut sensitivity, it reacts stronger in you than if you do not have a peanut sensitivity. So blue tones will act stronger, thus more exposure or more correctly a darker than normal area on the negative and lighter on the positive print or scan.

Now let’s throw one more term into the Ortho/Pan mix. Monochromatic. Which simply means single, or one, if fact the Webster definition is “having or consisting of one color or hue.” If they refer to a roll of BW as being monochrome, it’s single color is grey, It can be just magenta, or cyan or yellow and have the look of Polaroid Originals single color films, although they correctly call them duo chromes, two colors black and pink, black and blue and black and cyan etc. Today all B/W films are monochrome but not all monochromatic films are BW. You see the term monochromatic used a lot today as I think it is easier recognized than panchromatic when technically they mean panchromatic.

And there you have it, everything you wanted to know about the not so simple types of BW films and then some. Questions? Drop me a line – Podcast@FilmPhotographyProject.com

35mm BW Panchromatic and Orthochromatic Film? The FPP On-Line Store has LOTS of it. Check out the assortment HERE.