HomeAll PostsContentHow-to/What isWaiting for your Negs from the Lab? Shoot More...

Waiting for your Negs from the Lab? Shoot More Film!

blog by Michael Raso - (This blog was originally published  Oct 29, 2009 on the original FPP Blog Site)

If nothing else, shooting film has made me a more patient person. Shooting, processing and scan time alone can be a minimum ten-day process. While waiting for my film negs from The Darkroom I usually will use that down time to experiment with another camera or film format. This is exactly what I did while waiting for a roll of elite chrome to be cross-processed. 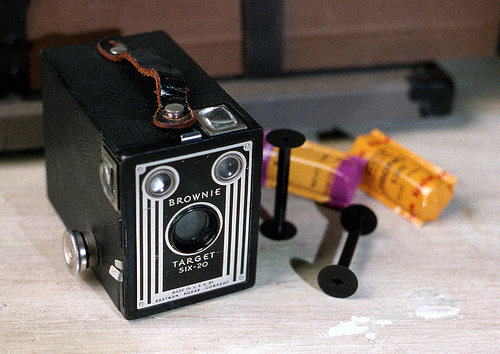 After further research on the web, I was able to determine that the camera has a shutter speed of 1/50th of a second with two f-stop choices – f11 and f16. The camera uses 620 roll film, which was introduced by Kodak in 1932 and discontinued in 1995. Note that this very site - The FPP Store offers (perhaps) the world's biggest selection of 620 film!

It’s experiments like this that make film photography so much fun. The look on peoples faces when you walk in with your 1946 Brownie camera ready to shoot. It's a real conversation starter.

The results from my first roll were pleasing enough to warrant trying a second roll soon. 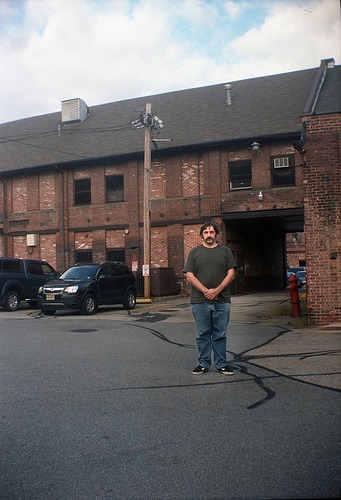 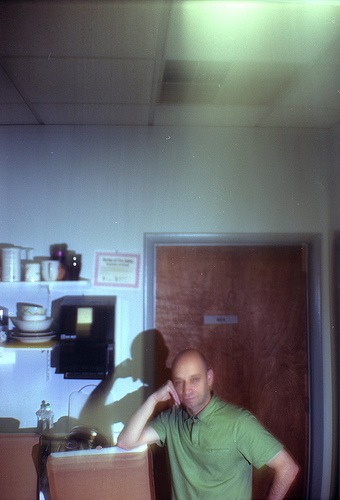 (thanks to Justin Wingenfeld and Brian McNulty for letting me photograph them with my Kodak Brownie!) 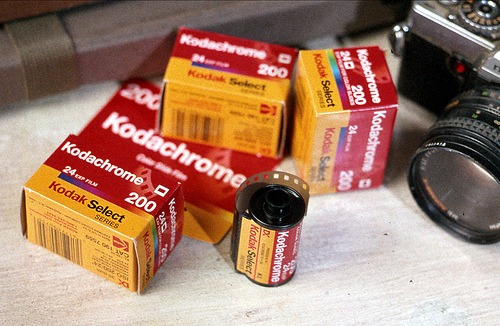 In the past few months I have shot many rolls of expired Kodachrome 25 and Kodachrome 64 and have achieved excellent results as far as performance of the expired film. After all, shooting on old film stock is a bit of a “crap shoot.” You just never know what you’re gonna get! So far, I’ve been very lucky - no doubt due to the stability of the Kodachrome low asa stock.

This in my first shot using 200asa Kodachrome. Scanned using the Epson v700. The developed image was a bit muddy so I imported it into Adobe Photoshop in order to increase the contrast. 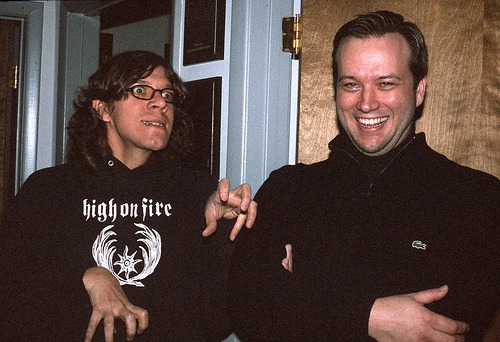 I suspect that the 200 Kodachrome has a much shorter shelf life than its 25asa and 64 asa siblings. Based on my experiences, when shooting expired film, storage seems to be the absolute key. As of today (10/29/09) almost every seller of Kodachrome on e-bay is claiming that their film was cold stored (as the cold stored film fetches the highest bids). I'd like to...but can not believe that every person is really keeping their Kodachrome "on ice."

Woodland Lake in New Jersey USA continues to be a favorite test spot for all things Kodachrome. 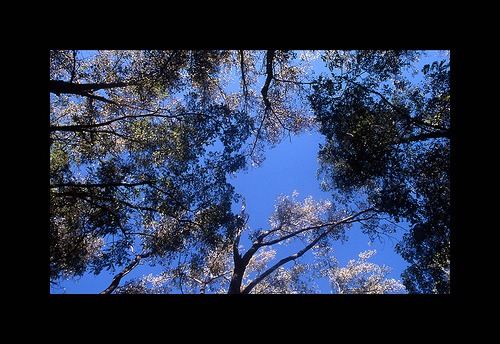 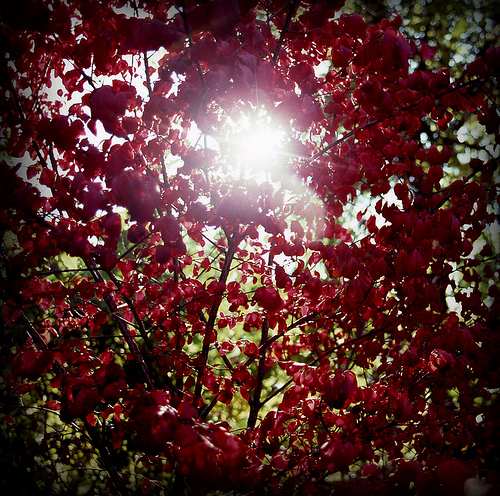 (thanks to William Hellfire and Vlad Suslov for allowing me to "snap" them using Kodachrome 200. Dig that Kodachrome skin tone!)

Note: Kodachrome processing was discontinued in December of 2010. Existing exposed Kodachrome can only be processed as BW.

According to the Wikipedia:


"Cross processing (sometimes abbreviated to Xpro) is the procedure of deliberately processing photographic film in a chemical solution intended for a different type of film. The effect was discovered independently by many different photographers often by mistake in the days of C-22 and E-4. The process is seen most often in fashion advertising and band photography, and in more recent years has become more synonymous with the Lomography movement."

I decided to shoot a test roll using Kodak Elite Chrome 100 Cross-Processed in C-41 Chemistry. As someone who strives to shoot crisp, focused photography, the cross-process effect is a bit jarring. My brain keeps telling me to “fix those green skin tones!”

Thanks to William and Erin, who let me snap them at Burger Deluxe in Wayne, NJ USA. Cross-processed image below. 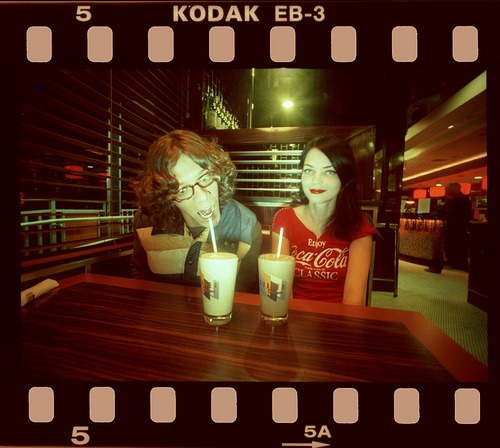 That's it for today. Keep your film cameras snapping and don't forget to tune into The Film Photography Podcast!