Back in the 1990s the concept of shooting on expired film seemed crazy. You would buy or drink an expired carton of milk? Nuts, right?

The digital photography explosion has pushed traditional film photography out of the spotlight and into the underground, where a rising cult of film shooters grows daily. Many shooters are attempting to steer away from the crisp look of digital and are open to the idea of using expired film to achieve that different, vintage look.

I shot the Steve Hackett image on expired Kodak Tri-X using the point and shoot Olympus Stylus 80 camera. I processed the film in exhausted Kodak D-76. That combined with the slow shutter speed of the camera gave the film it's low contrast "spent" look.

Open to the grain!

With the advent of pockets of communities like this (The Film Photography Project),  Lomography and other companies promoting fun, plastic cameras, the new breed of film shooter seems less rigid and has embraced shooting expired film for the various funky colors and effects it can produce. 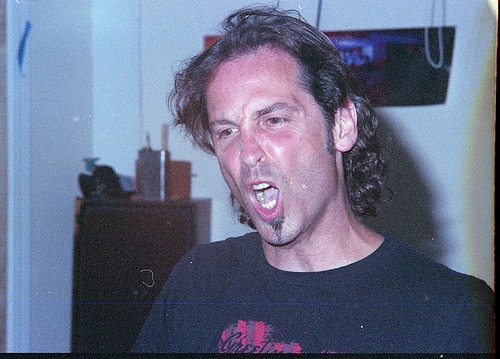 So, you ask…why shoot expired film and where can I purchase it?

Both retailers and private shooters alike are literally dumping their refrigerated stock on e-bay as they convert to digital. This is an excellent way for you to save money as well as being able to pick up some film stocks that are no longer produced. 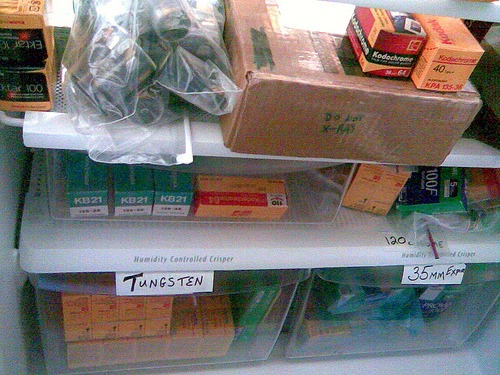 Before buying or bidding on expired film, lets talk about film type. Color Print Film (processed in C-41), Color Slide Film (processed in E-6) and BW film (traditional BW processing) are the most common auctions. You will see auctions for instant films and for unique stocks like infrared film. Use “The Google” to look up stocks you might not of heard of before to make sure that processing is still available. 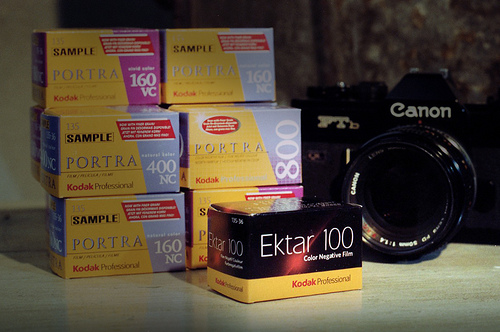 Door # 1
What to look for when buying film on "the bay" ( http://www.ebay.com/ ) are professional photographers that have switched to digital and are cleaning out their fridges & freezers. These auctions are GOLD. Film could be 15+ years old and still great because these guys stored it properly. Most of these films were also “batch tested” by the seller. As I mentioned, these are the best auction for purchasing expired film.

Door #2
The 2nd type of auctions I look for are guys selling bulk CVS, WALGREENS or other off-brand films. Most big pharmacies are liquidating their 35mm film and are selling for well under the $5. per roll sticker price. Most of these films are stored at room temperature so, don't buyer beware if the expiration date is pre-2007.

Door #3
The 3rd type of e-bay seller is the “I don’t know nuthin” guy. These sellers state that they know absolutely nothing about the product and have no idea how it was store or where it came from. This film was most likely stored in basements, attics and sock drawers and probably tortured in high temperatures. Buyers beware!

Regardless of what type of auction, don’t be afraid to ask the seller questions and/or try to find how the film was stored. If your into weird or funky film and want to take a chance on the “Type 3” e-bay seller, you might find that tortured film yields a desired effect!

The Final Door
The final door also happens to be The Best Door!  Why? This is the door to the FPP Store where I've been compiling lots of expired film just for you! Not only do you get film batch-tested by yours truly, but you are also helping support the Film Photography Podcast by making this purchase! So, sashay over to the FPP Store to check out the current inventory! Expired 35mm (and fresh-dated) film HERE. 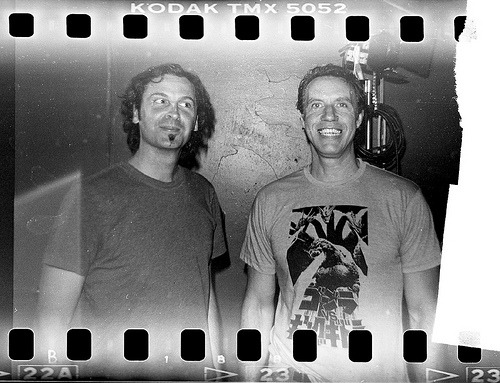 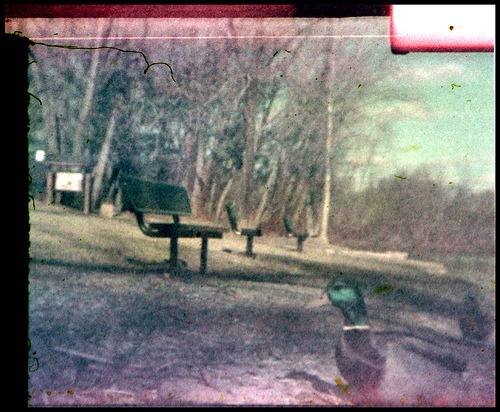 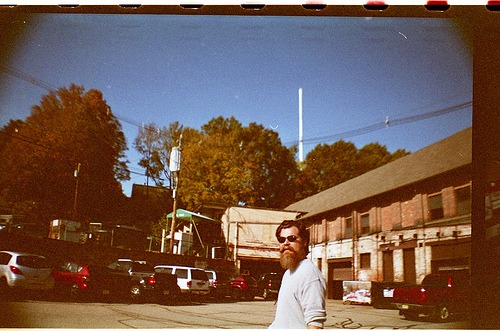 Above: The many moods of expired film! See my Flickr Expired Set HERE (or the slide show below!)

Have fun shooting film and feel free to drop me a line to tell me about your shooting experiences!