“Seems like, at least in my curriculum, the fact that we all lived the analog experience is something that connects us.  Many times, I learned right along with the kids (and still do).  Shooting analog teaches grit; analog students accept that there will be bumps in the road on their way to getting better and dedicate themselves to smoothing out those bumps.  "Film is like life" I tell them, and they know exactly what I mean.” – Dan Yeager, Integrated Technology Department Head Pickerington High School Central 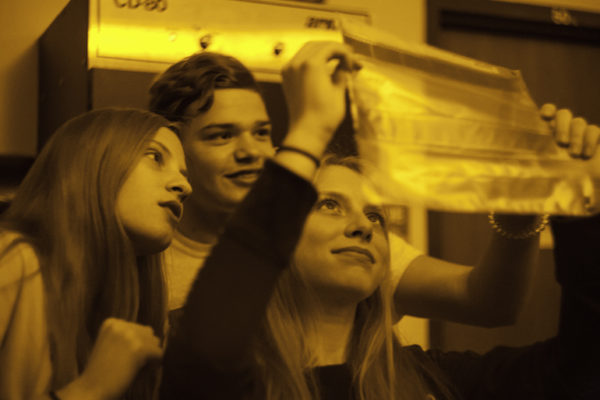 For the past 20 years, photographer and educator Dan Yeager has lent his passion and expertise to the Pickerington High School Photography Program in his role as Integrated Technology Department Head. Pickerington is a suburb of Columbus, Ohio.  The FPP first learned of Dan and the program back in 2016, when he reached out to our Camera Donation Program regarding their need for analog cameras.  Following several email exchanges and hours vetting, cleaning and testing 35mm cameras by FPP’s dedicated team of volunteer staff, Dan & his students received the equipment they needed – including a personal drop-off by FPP Co-Host Leslie Lazenby! - to continue the film program. The tradition continued the following year, when an influx of student enrollments in the film program created a demand for even more cameras and gear.

Now two years on, we were thrilled when Dan followed up with new images of his current class enthusiastically using the equipment FPP donated over that 2-year period.  Like Dan, we believe that embracing film photography provides valuable life lessons…and so we thought we’d ask Dan to provide us some updates on the program and his students. 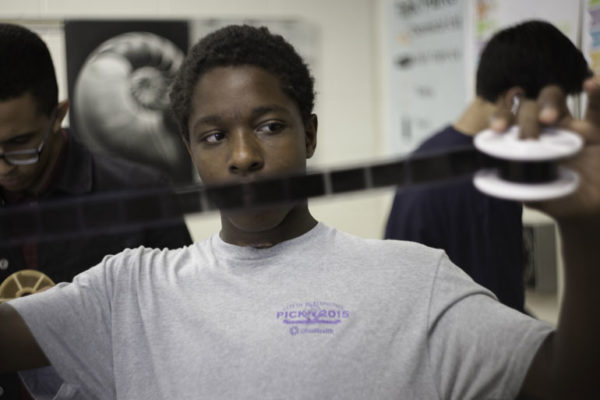 FPP – Dan, it’s existing to see your new students so enthusiastically hone their film photography skills!  We’re wondering if any of your past students went on to pursue photography as a career?

Dan - After teaching photo for 20 years now, I have over 50 former students (that I know of) that are either shooting full time or shoot to supplement their income.  At any given time, I have 3 or 4 students shooting paid gigs such as senior portrait sessions, concert photography or sports photography.

Last summer, I received an Instagram message from a former student who moved to LA several year ago and shoots full time. When he was in high school, we shot all film.  He was on an all-expense paid, 3-month assignment touring Europe and shooting for Thrasher magazine. He was messaging me from Paris. As always, our discussion turned to film and he shared that a several of his photos for the magazine were shot on film, many with his "new" point and shoot.

Seems like, at least in my curriculum, the fact that we all lived the analog experience is something that connects us.  Many times, I learned right along with the kids (and still do).  Shooting analog teaches grit; analog students accept that there will be bumps in the road on their way to getting better and dedicate themselves to smoothing out those bumps.  "Film is like life" I tell them and they know exactly what I mean.

FPP – Was there ever a moment when you thought film might be removed from the photography curriculum?

Dan - Switching to teaching digital only was suggested around 2012, but I was able to show just how relevant film is and how learning film makes digital photographers better photographers. Close to that time film's comeback was underway and the students totally embraced the idea of shooting analog. Now, it's common to have more students sign up for my film classes than digital. 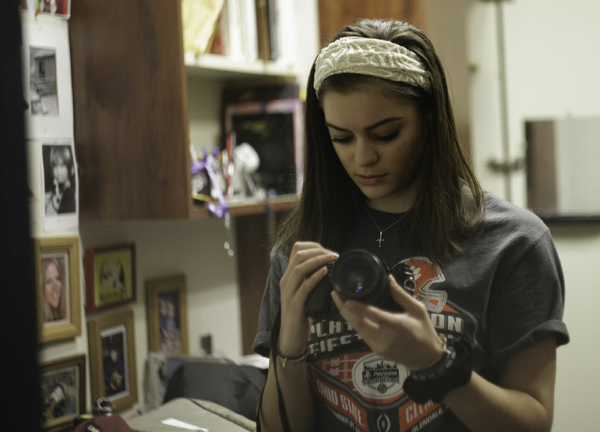 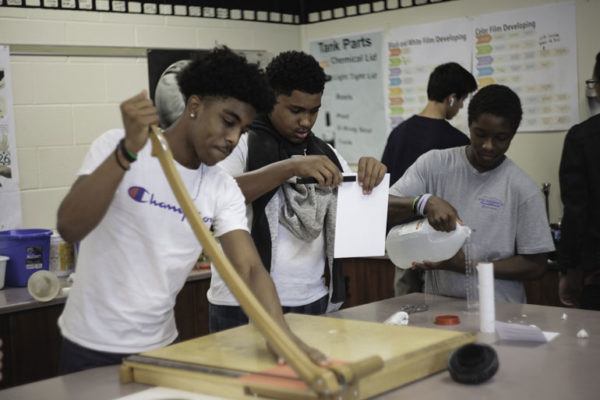 FPP – And how many students are currently enrolled in your film program?

Dan - For the 2019-2020 school year, I had over 500 students sign up for a photography class (roughly 1/3 of the student population). Within my school year, I can only fit a little over 250 students in my schedule.

FPP- I understand your curriculum is quite comprehensive, can you provide us with detail?

Dan - I have 3 levels of photography and 4 classes and all are a semester long. Of the 4 classes, 3 have a significant analog component and the other is strictly digital. In all film classes, the students shoot SLRs, develop, scan and print in B&W.  We have 9 enlargers and 6 scanners. Our film only classes also shoot, develop and scan C-41 and E6. In that class, they print RA-4, as well. We have one enlarger with a color head. Our digital portions of the classes use Lightroom and Photoshop.

Many students choose to take both the film and digital intermediate level classes.

The final course is Advanced Photography where students can choose to shoot film or digital from assignment to assignment. The advanced students also shoot and complete pages for the yearbook in InDesign.

FPP – Dan, we appreciate the important work you and your students are doing – thank you for the update, and our best regards to you and the Pickerington High School Central Photography Program!

Dan - You're welcome. And many thanks to FPP for your generous donations. Through FPP, I've been able to provide my students with a well-rounded photography experience that few schools can offer.