Better Together: The Film Photography Project and Roberts Distributors

Greeting from the FPP! We have some exciting news for all film shooters and film store owners – the FPP has joined forces with the amazing Roberts Distributors (official distributors of ILFORD Photo, Kentmere and HARMAN -branded products among many more) on distribution of three of our favorite FPP-branded films: Derev Pan 400, Retrochrome 400 and our newest DRACULA 35 (Halloween 2019 release - news soon)! 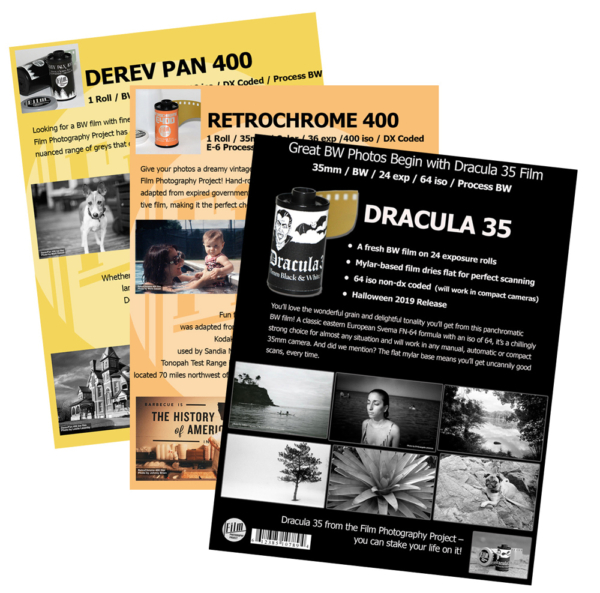 At the announce, Roberts had these kind words to say about the FPP:

“If you aren’t familiar with Film Photography Project, we think you should be! FPP has been serving the analog community for a decade now through their podcast (Film Photography Podcast) and through being an organizing force for the community to share techniques and knowledge in the digital age. As part of their work, they are always on the search for obscure and exciting film stocks all over the world. These two items are perfect examples of some of the awesome films FPP is bringing to film enthusiasts. Roberts is excited to collaborate with FPP in getting these films to the shooters through the retail channel.”

Roberts Distributors is a family-owned business focusing on all things photography (but with a special fondness for the analog film community).  You can find out much more at www.RobertsCamera.com, but in the meantime here’s some fun facts and a great video about the Roberts company: