It’s easy to vilify the decision to end a darkroom program in a high school. Working with students in a darkroom setting is messy and fraught with challenges that are just not there with a digital program. Actually, this is what happened to the traditional program at the school where I teach. In 1999 one of my predecessors decided that he had had enough of hypo and paper and silver recovery. He wanted to teach a digital photo class. The darkroom was closed and the space was remodeled into student restrooms. I guess the plumbing made it easy to do so. So it went; schools across this district closed darkrooms. Often the people in power were under the impression that the chemistry was harmful and they feared the liability. The real reason: traditional photo was considered the past and digital was the way and the light.

Alhambra High School in Phoenix is a large, urban inner-city school. Over 90% of the students that attend this school are eligible for free and reduced lunches. I have been the photo teacher for two years after taking over for the retiring digital photo teacher. When I walked into the room I was greeted by a program that was languishing. Students were not eager to take digital photo. The reasons were many, but I was determined to reinvigorate the digital program and create a new excitement over traditional photographic processes. Why? It had to do with a closet. 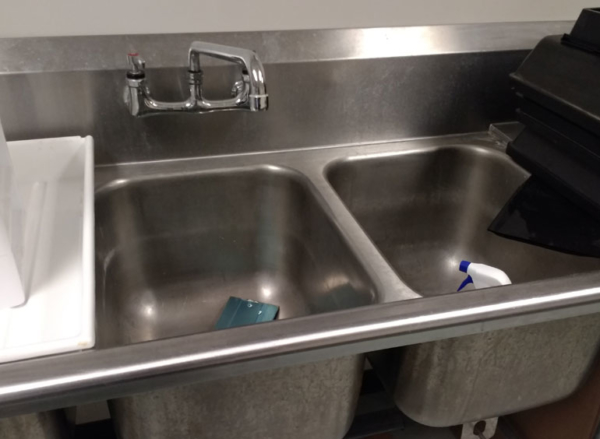 It’s actually larger than a closet. All told it’s 10 x 22 feet and it has a sink. Why would a closet have a sink? Great question. No one knew the answer, but I did. At least, I knew an answer. It would become our new darkroom. There were some real hurdles. First, I didn’t have enlargers, cameras, students, or any sort of budget. Second, I was doing this all under the radar. I didn’t know if I would be supported. I started with what I had at home; three Canon AE-1s, an Omega D3, and a host of darkroom accessories. It wasn’t much of a darkroom. I called it my ersatz darkroom, but there was a real exciting event on the horizon.

One of our sister schools was consolidating two darkrooms (lucky, right) and I convinced the photo teachers there to surplus some enlargers to our campus. Enlargers are expensive and I would never have been able to convince anyone to buy them. Instead, getting surplus from another campus made us one step closer to getting this darkroom into reality. 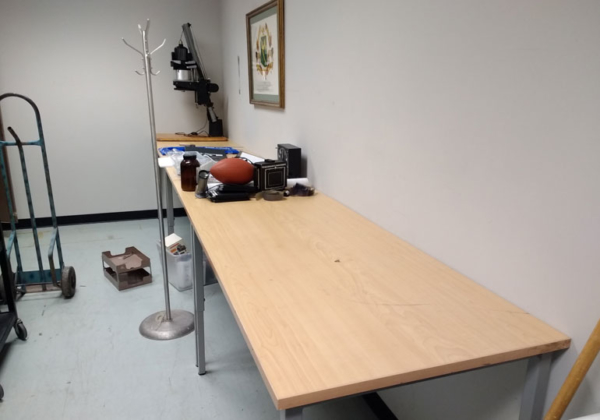 I moved tables, painted walls, cleaned out everything I could to make enough room for these enlargers. In the end I had a very serviceable teaching darkroom. It was cozy, but big enough that you wouldn’t bump too many elbows. Everything is scavenged from around school and I would love to have built-in cabinets with storage for student work and paper, but that can come later. We don’t have a darkroom door or a light maze. I heard that some people have used weighted curtains with a deep overlap. In essence, you slide between the sheets of black fabric into the darkroom. It could work and I might try it because we are running a lean ship here.

Everything was in place, but there was one last problem; cameras. I had three. We needed more. I also had to keep in mind that I would have to have enough cameras for a 2:1 ratio. Even in my digital photo class, I cannot check out a camera to every student. The cost is too high and I would be forever keeping track of cameras and equipment. At other schools it is very common for students to take photo classes and use their own cameras, but parents in our attendance zone do not have the income to buy a camera. Maybe 10 years ago you could have found a nice film camera at Goodwill, but even the used camera market has become too expensive for schools to justify replacing worn out ones. Take for example, the Pentax K1000. It’s a classic camera that has become so popular with the revival of film that schools cannot replace their aging and worn collection. For this photo class I didn’t want vintage cameras like my AE-1s. They are good cameras, but a vintage camera is basically a repair waiting to happen and I have no money for repairs. I needed something with a good meter and was new enough to have some life left in them. That’s when Michael Raso and the FFP stepped in. 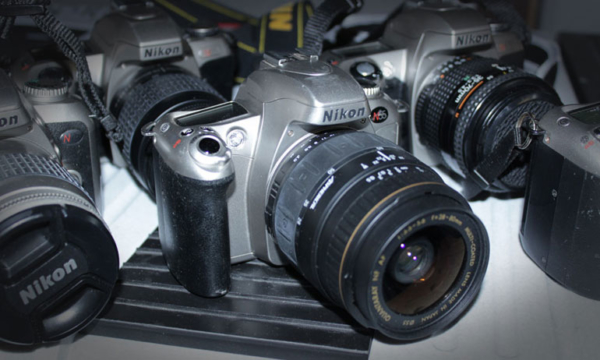 He had cameras for my students. To be precise, he had ten, beautiful, newish Nikon film cameras. Film connoisseurs would turn their noses up at them for they are not fashionable or rare. The glass is bog-standard Nikon, but a classroom needs quality and low-cost. I can replace an N75 for $15 right now. Sure, they have autofocus and focusing is a very important skill, but a good, modern meter is worth its weight in silicon. I am of the mindset that the only cameras to have in a film class are modern fully automatic with manual option or something like the Argus C3. Anything in the middle is too expensive or too old. 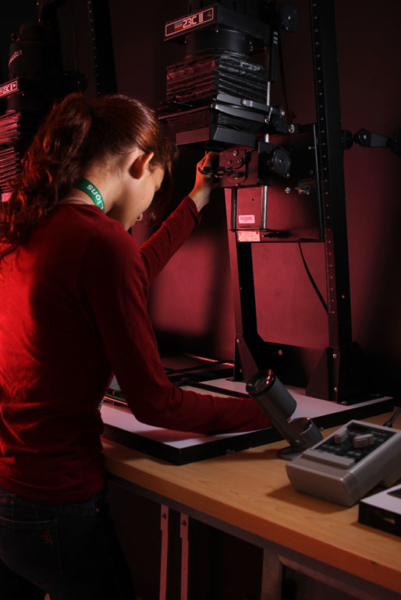 So that’s where we are now. The darkroom is running. I have two directed-study students working in there as I write this. The quarter ends in a couple of days and my site administrators are so excited (they found out my plan and were more excited that I thought they would be) that we are going to add the class in the new quarter. This will be the first darkroom class offered at this school in 20 years. Kids have heard that the darkroom is up and running and there is a waiting list to get into the traditional photo section. They’ve seen darkrooms in Stranger Things and other TV programs and are fascinated by the process. 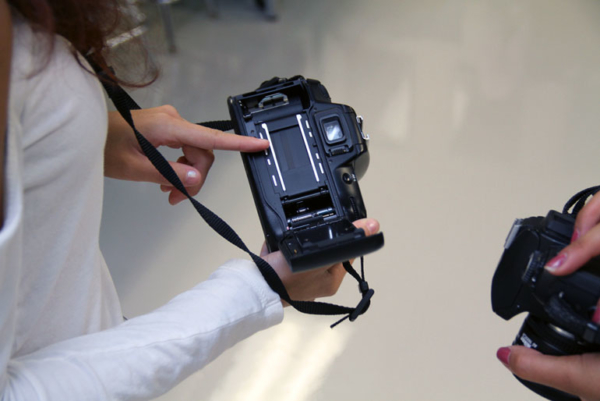 In short, this film photography revival has made its way to our school too. Mike and the Film Photography Project have been so kind with their donation of cameras. Really, without them we would only be working on photograms. Now we have a great selection of cameras and kids are excited to make art and express themselves.

When he's not teaching film and English at Alhambra High School, Ryan Adney is a husband, father and avid collector of typewriters.  To see what he's up to, check out his blog MagicMargin.net

About the FPP program - The FPP School Donation Program delivers functional, refurbished cameras and film directly into the hands of students and aspiring photographers via teachers nation-wide. You can find more about how to donate at our Donation link.