Photography students at Bluffton University in Ohio were recently the recipients of a large donation of SLR cameras from the Film Photographer Project. 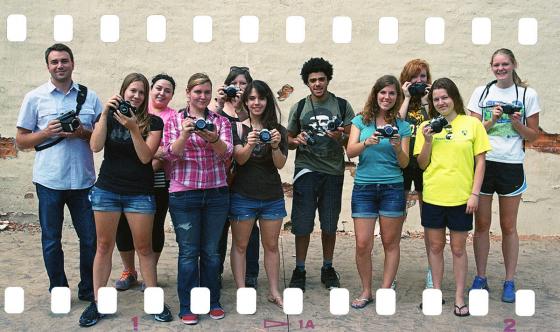 Most of the students in assistant art professor Andreas Baumgartner's class had never used a film camera before enrolling.  “There are sometimes a select 1 or 2 students who have taken a darkroom class in high school, but for the most part, the students come into the class not knowing much about film photography.”, Baumgartner said. 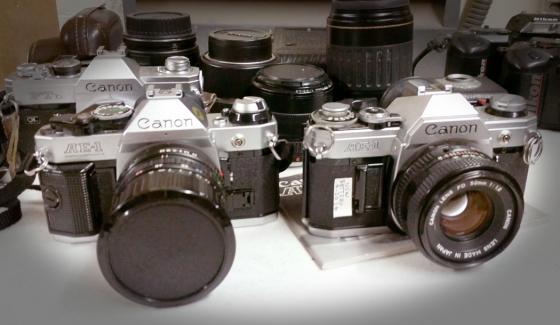 It is not surprising the young students can find the waiting involved in film photography a little frustrating.  Baumgartner said, “Having patience and focusing on the smallest detail is something I try to instill in the students, and most respond positively to this over time. They also start framing things with more effort and spending more time composing.” 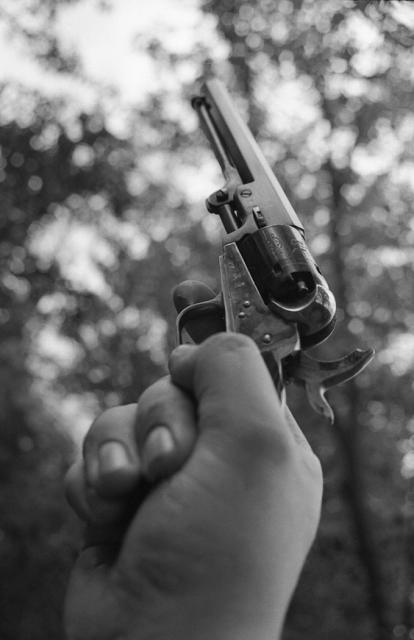 The students also learn to slow down during the development process.  “Students are surprised of how careful they have to be throughout the process to minimize scratches, water marks, spotting, and dust on film and prints. They learn that the process takes patience and finesse, while maintaining close attention to detail. Generational differences aside, no one can escape the magic of the darkroom. I find students becoming almost addicted to making prints. They light up when that paper hits the developer and the image appears, making for an experience that doesn’t get ol.”, Baumgartner added.

Baumgartner started shooting seriously in junior high and grew up in a photo family.  “My mother was a “shutter happy” shooter, documenting my brothers and I as we were growing up. She used a compact zoom on an old Canon Rebel body, which is really the first camera I played around with. I feel like I have always been connected to film – paging through my family photo albums takes me back in a way digital would never have been able to do. I had interest in drafting and studio art throughout my high school
years and photography was a natural extension of those investigations.” 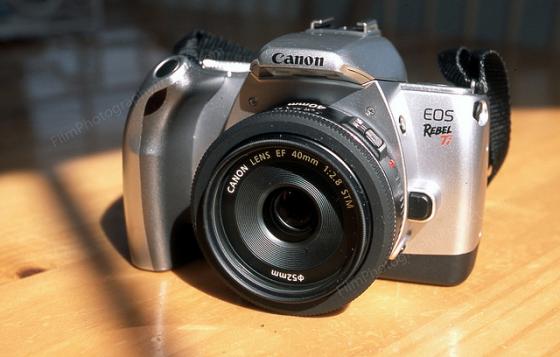 In high school he purchased a Canon Rebel Ti, which he still uses.  His “go to” camera is currently a Fuji GF670, but has an arsenal of cameras including a custom built 6x12  pinhole.

His personal work isn't always film but he incorporates it into his pieces when it is appropriate.

“Film photography hasn’t always been the focus of my technical process as an artist, but I come back to analog methods because of the ability to create a specific kind of image with them. A film photograph offers a wider dynamic range and captures an image with a grain pattern you simply can not reproduce digitally. There is nothing quite like dodging and burning a print to perfection in the darkroom, and watching the image appear in the developer. Sometimes I limit myself to making traditional photographic prints, and other times I think about how I can utilize specific parts of the film photographic process in combination with other printmaking and digital design techniques I am experimenting with. Medium format negative scans offer plenty of detail, which I can further manipulate digitally for a specific artwork aesthetic.”, Baumgartner said.

Baumgartner says the FPP donation of fifteen working SLR cameras with 50mm lenses and several other lenses and accessories have made an impact on his department.

Baumgartner said, “Now that we have an inventory of film SLR cameras for students to use, they have been able to direct more of their personal funds on film and paper. Students are shooting and printing
more, and getting better at a faster pace than what I have seen in previous film photo courses. I can get used to this trend as an instructor. The students genuinely have appreciated the donation from the FPP this semester. This has been one of the finest donations to our department in recent history.”

You can see Baumgartner's work at his website baumgartnerartist.com
About Bluffton University: http://www.bluffton.edu/

Michael Raso is the owner and director of The Film Photography Project (FPP). Michael has been running the FPP since 2009 like a not-for-profit, accepting donations of film and traditional film cameras. These cameras are refurbished and circulated to school and student programs world-wide at no cost. Michael on Flickr - https://www.flickr.com/photos/michaelraso/ - Michael on Instagram - FPP_Michael - https://instagram.com/fpp_michael/

Super Special Thanks to Leslie Lazenby

Amy C. Davies is a regular contributor to The Film Photography Project. Check out her images on Flickr - https://www.flickr.com/photos/capefilmshooter/

Donate to The FPP - https://filmphotographyproject.com/donate