Introduction
I asked home movie enthusiast and shooter Owen McCafferty to pen this blog after receiving many e-mails from Super 8 shooters about how to get their Type A or Type G Ektachrome processed. It seems that unknowing Super 8 shooters are buying this old film stock on ebay not knowing the pitfalls of shooting such an old version of the iconic Ektachrome. No modern labs will process Type A or Type G! Plus, with brand new Ektachrome 100D available, unless you’re using the film to test a vintage camera, there’s no reason to shoot such old film. The results will always disappoint. (If you have found an o;d roll of undeveloped family movies on such old film, we can try and develop and scan right here at The FPP. Head over to our defunct Develop/Scan page. – Michael Raso

When Kodak released Ektachrome 160 Type A in 1971, it came with a lot of fanfare. The film was designed to be used in their brand-new line of Super 8 movie cameras, the Kodak XL. The XL stands for ‘existing light’ and it was a massive development in home movie-making technology at the time. The fast lenses and fast 160 ASA film meant that people could take home movies inside without the need of blinding movie lamps. If you’re curious about the history of the Kodak XL camera line, check out my previous post about it here. 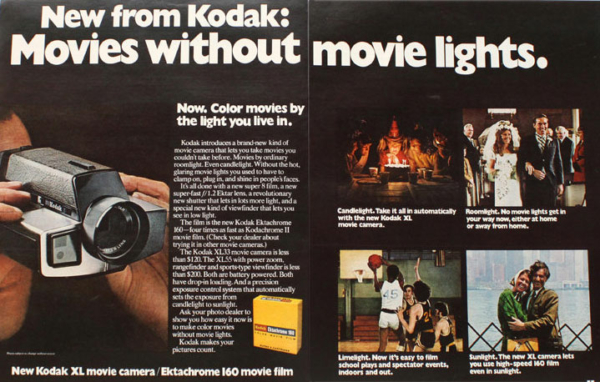 Ektachrome 160 Type A was a Tungsten-balanced film, which means it’s made to be exposed with artificial light. Many cameras had built-in #85 (orange) filters to correct this when shooting outdoors. Several years later, Kodak introduced Ektachrome 160 Type G which eliminated the need to use the #85 filter.

Now that your history lesson is over, we can get to the question at hand:

Can I shoot and process TYPE A or TYPE G Kodak Ektachrome Super 8 film?

Yes and no--kind of. If you can get your hands on either one of these films they’re going to be quite old, with expiry dates from over 30 or 40 years ago. Like any older film, how they’re stored has a big impact on the end result you get. Mike sent me a roll of Type A that he shot a few weeks ago and the film had an expiry date from the mid 1970’s. I wasn’t very optimistic about what the results would, but after Mike scanned the finished product, I was very surprised. Seems that he got his hand on a great roll!

But what about processing?

Both Ektachrome Type A and Type G films were meant to be processed with the old Kodak EM-26 system--which is no longer available. Unlike the modern Ektachrome today, these two films have a remjet layer. This layer would have been removed by the lab when you sent the film out to be processed. If you send one of these rolls to your trusty lab today, they’ll likely say “no way! I don’t want that remjet clogging up my machines!” and you’ll end up right back where you started from.

The best way to process either Ektachrome Type A or Type G is to do it yourself (See video below). You can follow the normal processing steps like you would for any modern E6 slide film. During the wash phase, you’ll have to remove the remjet layer with your fingers in some running water. It usually comes off pretty easily but it’s a tedious task--you’re dealing with 50 feet of film!

If you don’t have the ability to process movie film at home, you can have us give it a try. We don't guarantee results but we've had some luck! Visit our Defunct Film Develop/Scan page. 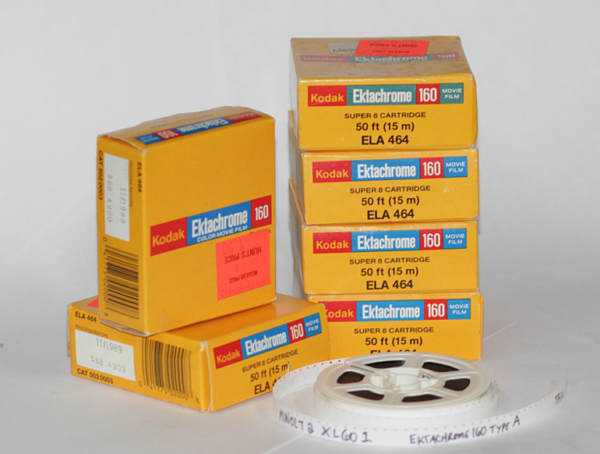 Where can you buy it?

You’ll find fairly cheap rolls of expired Ektachrome Type A and Type G on eBay quite frequently. Considering most people don’t want to go through the hassle of getting it processed or doing it themselves, prices are usually reasonable. Me personally, I wouldn’t spend over $15.00 on a roll.

Is it worth it?

If you’re looking for a film to test your Super 8 movie camera out and can process it at home, then yes, either film is worth the investment. However, don’t go shelling out big bucks for this stock--results will vary a lot depending on how the film has been stored. If you can’t process it yourself, you’ll likely need to spend well over $30 to do so. Buyer beware! 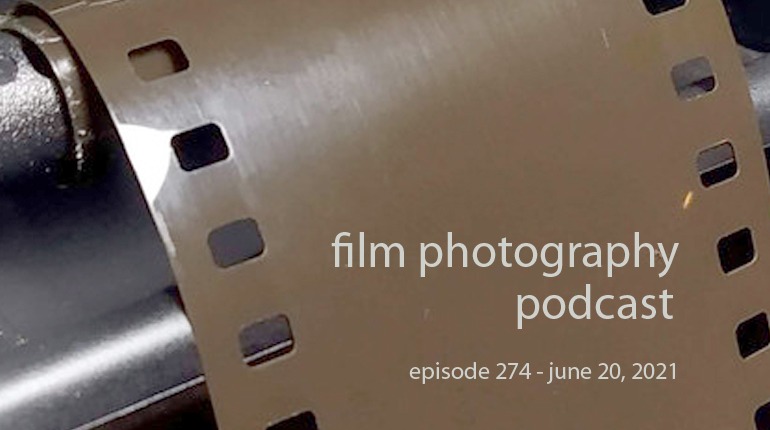