It seems that history is right under our noses. We find history preserved in museums, books, plaques, and historic sites (forts, battlefields, the such), and sometimes we see it preserved in story, song, or on century-old pieces of acetate. And that is where our story begins, with a set of photographic negatives stashed away in a draw in some piece of furniture. What it was, or how it got to a used store at Queen and Bathurst in Toronto, Ontario, Canada is a story lost to the ages, but in 1993 Film Photography Podcast listener Olindo Chiocca happened to be in the city and found a folder marked Kodak in the drawer. Offering the owner a couple of bucks, left with a little piece of Canadian History. Inside the envelope, there were twenty negatives and the date of 1917 embedded in the image itself. 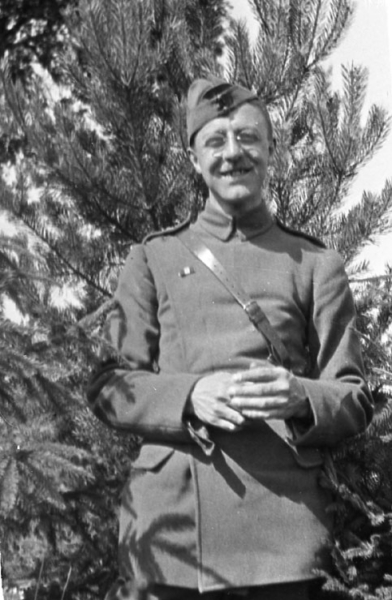 The images dated back to the First World War, when the war started in 1914, Canada like all other British Dominions at the time were automatically at war with Germany over the invasion of Belgium. The war had split Europe along the lines of two treaties. Many Canadians flocked to recruiting stations to sign up for the Canadian Expeditionary Force (CEF), Canada had a small permanent force army, but they were for local defence only. They also signed up for the Royal Canadian Navy to serve on the open seas against German U-Boats. The one thing Canada did not have was an air force. Aeroplanes themselves an invention of only a decade old by the opening of the First World War were soon pushed into service, England had established the Royal Flying Corps in 1912, so any Canadian who wanted to fly would have to volunteer with the RFC. And it's the Royal Flying Corps that our story continues. 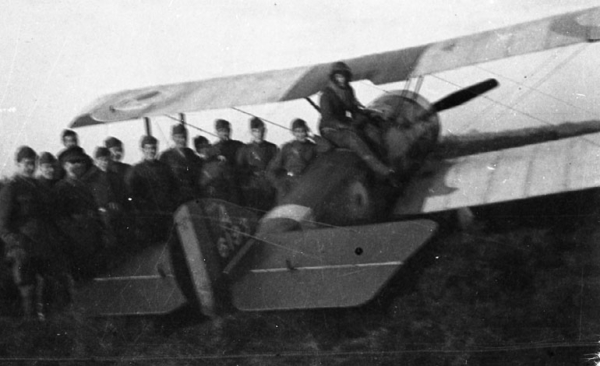 The photos that Olindo found show the story of a Canadian pilot, Stanley Birck Henly, who began training at East Boldre, Hampshire. After the bloody April of 1917 which saw the RFC fighter corps decimated by Manfred von Richthofen, more popularly known as the Red Baron, the top ace in the German fighter corps, the RFC scrambled for new men. Henly, like many others, knew that by signing up they were signing their death certificates. Planes in World War One were far cries from the modern fighter jets of the modern era. When you shot down another plane, you saw the face of the other pilot. These images don't show that - they show happy laughing men with friends, comrades, brothers-in-arms, their second family, their regiment. Photographs from the war were strictly controlled, all the governments wanted to show how well everything was, that they were winning, and the men were in good spirits. 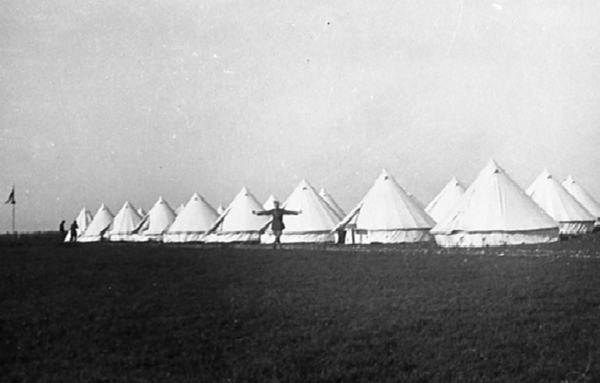 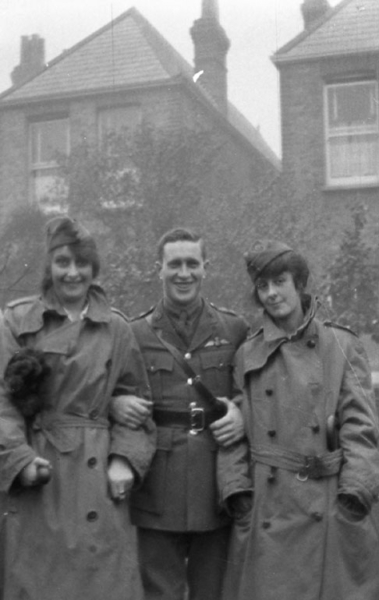 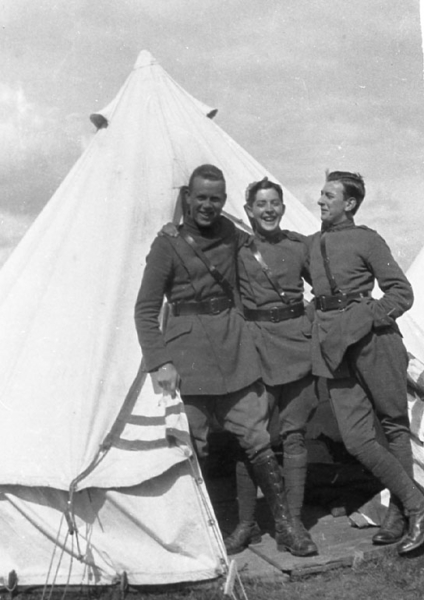 Cameras at the fronts were often not allowed outside of authorised photographers. Photography played a critical war, with aeroplanes armed not with guns, but surveillance cameras to take pictures of the enemy trenches and artillery positions to better help with battle plans. Even pigeons were equipped with automatic cameras to act as some form of living drone. Kodak created their Vest Pocket Camera specifically for US Servicemen when the United States entered the War in 1918. Kodak also had something else which helped with these found images - Autographic Film. This film allowed the photographer to use a metal stylus to 'write' a title, a date, or even a description that would be imprinted on the negative. Produced from 1914 to 1932, Kodak produced Autographic versions of all their major film sizes like 120, 127, 116. The images found were shot with a Kodak No. 1 Pocket Autographic. The dates and titles helped local historian, Doug B. Witton write an article for the Nelson, British Columbia paper for 2001's Remembrance Day ceremony.

Above: An example of a WW1 era surveillance camera and model pigeon with the automatic camera from the Smithsonian Air & Space Museum in Washington, DC

Above: A post-war (1924) Kodak Vest Pocket Camera Model B, with close up details on the Autographic Stylus and Autographic Window

What can we take away from these images a hundred years later? Capture your memories, print them, write names, dates, and places on the back. Then keep them safe, because even when we're gone, hundreds of years from now, our stories will again come to light, maybe in the same way, maybe in another. These images speak to a time which we remember as filled with bloody battles, mud, death, and trenches. These show a softer, sadder time, where families said goodbye their loved ones, and maybe when all was done had just these images to remember them by, showing them as they were, happy and surrounded by friends. For the men away, a reminder of the family at home. 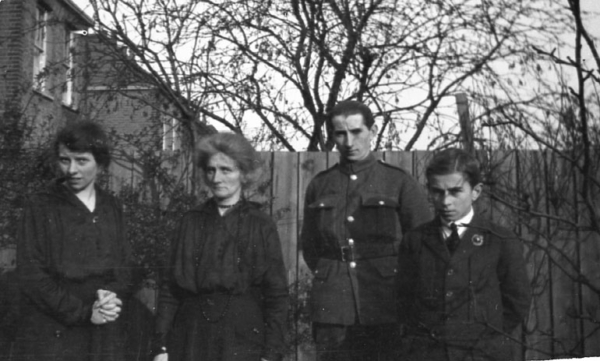 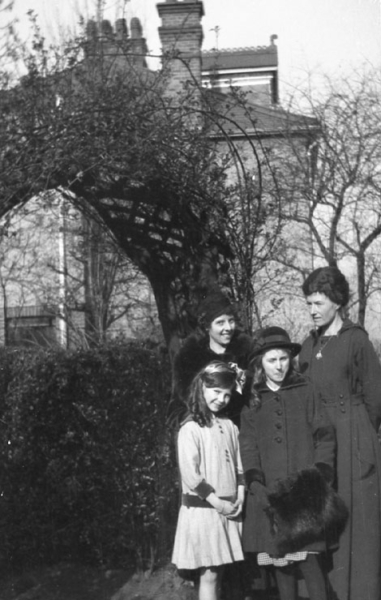 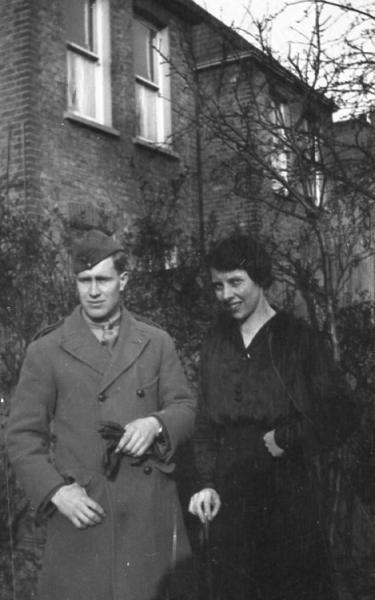 I would like to thank Olindo Chiocca for contacting The Film Photography Project and allowing us to use them in the creation of this article. Also thanks go out to Doug Witton for his tireless research which brought the story to light as well. If you have old images at home of family or relatives who fought in World War One, Canada has gone to the effort of digitizing many service records for the 100th Anniversary of the War, you can find them online and searchable through the Library and Archives of Canada Website. The United States and England have similar sites that allow you to search through personnel records. If you want to know more about World War One, the YouTube Channel, The Great War, has been producing week-by-week videos about the events of 100 years ago since 2014.