HomeAll PostsContentFeaturesDoing the One Step – Developing with a...

Doing the One Step - Developing with a Monobath

The idea of a monobath developer that is a chemical that develops, stops, and fixes black and white film is not a new one. According to the Unofficial HC-110 Resource Page a Mr. Donald Qualls proposed it back in 2004 using Kodak HC-110 as the base. But of late our friends at the New55 project has brought the idea back to light with their R3 developer.

Being in Canada it is difficult to get liquid developers shipping from the US to home, I was able to make up my own Monobath, which I dubbed HC-M, M for Monobath, not Dilution M. 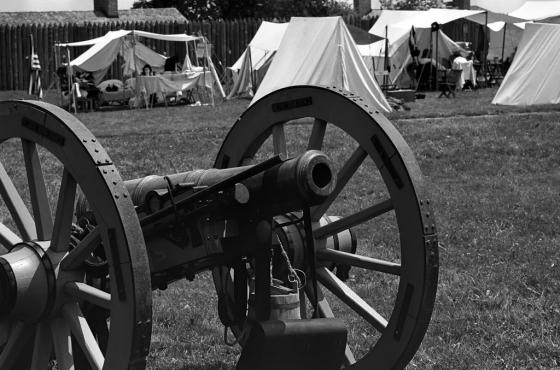 Material wise I used 32mL of HC-110 syrup from my very well used bottle, 100mL of Old Country Ammonia, 20mL of Ilford Rapid Fixer liquid concentrate, then 348mL of water at approximately 24C/75F to make up 500mL of monobath. 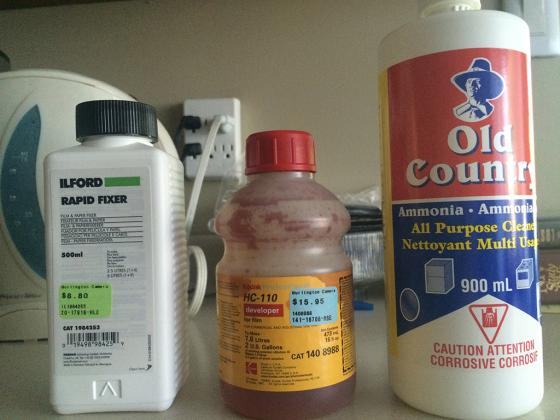 For mixing I put in the HC-110 syrup first then added in 200mL of water, mixed it up, then added in the ammonia then the rapid fixer, and finally the rest of the water. It’s important to add the ammonia before the fixer as it acts as a chemical barrier between the fixer and the developer, this prevents fogging on your film. Please make sure to mix this in a well ventilated area, ammonia has a very strong smell. I poured the monobath into a storage bottle I let it sit in a temperature bath to keep it at the 24C/75F needed to develop the film. It’s recommended you let it sit for at minimum five minutes before using.

The film I chose to test it on, (because that’s what New55 had done) was Kodak Tri-X. Tri-X has such a great latitude and I’m a big fan. The sacrificial roll was shot during the War of 1812 reenactment at the battle of Fort George in Niagara-On-The-Lake, Ontario with a Nikon F2 Photomic and a 105mm lens. The film was shot at box speed ASA/ISO 400. Loading the film I let it sit in a water pre-soak at temperature for 2 minutes, then poured in the monobath and let it stand for 10 minutes, no agitation pure stand developing. Once the 10 minutes was up, I poured the monobath back into the container for storage. Then two minutes in hypoclear then washed with the Ilford Method. 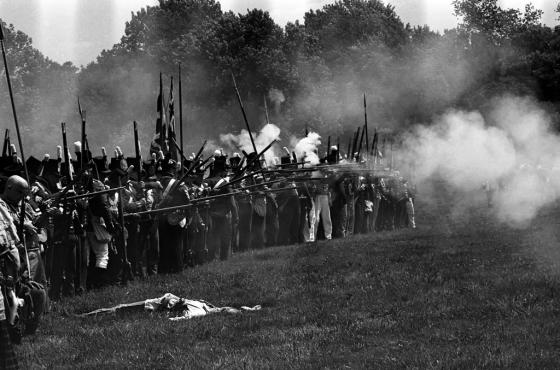 I liked what I saw, there were some clear images on the negatives and with a bit of tweaking in Photoshop I was able to get some decent scans out of the negatives. Would I print from these, probably not they needed a touch over exposed. As with any sort of experiment there’s always something to learn, if I were to do it again, I would probably reduce the amount of time in the bath and also give it a couple agitations in the middle because I noticed some bromide drag on the negatives. 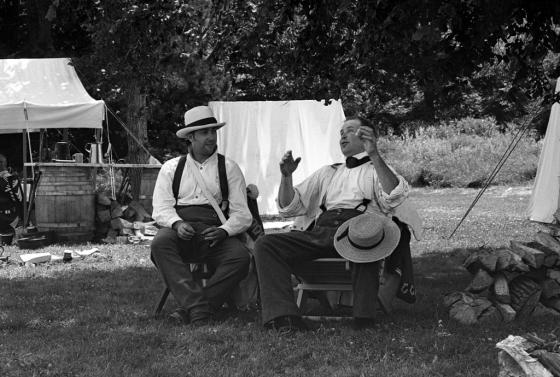 While I can see a use for a monobath - such as being on the road and having to develop on the fly and not wanting/unable to bring all the needed chemicals - it would be an easy option (providing that you had come up with a proper time for developing in the monobath first!) There’s nothing worse than wreaking a roll of film by mis-developing. If you like to experiment with new things or enjoy the simple pleasure of making up your own chemistry then this is something for you, or you can go and back our friends at New55 by purchasing their own R3 bath.

Alex Luyckx is a freelance photographer/IT Professional in Ontario Canada, and regular contributor to the FPP you can follow along with his film work at www.alexluyckx.com/blog/